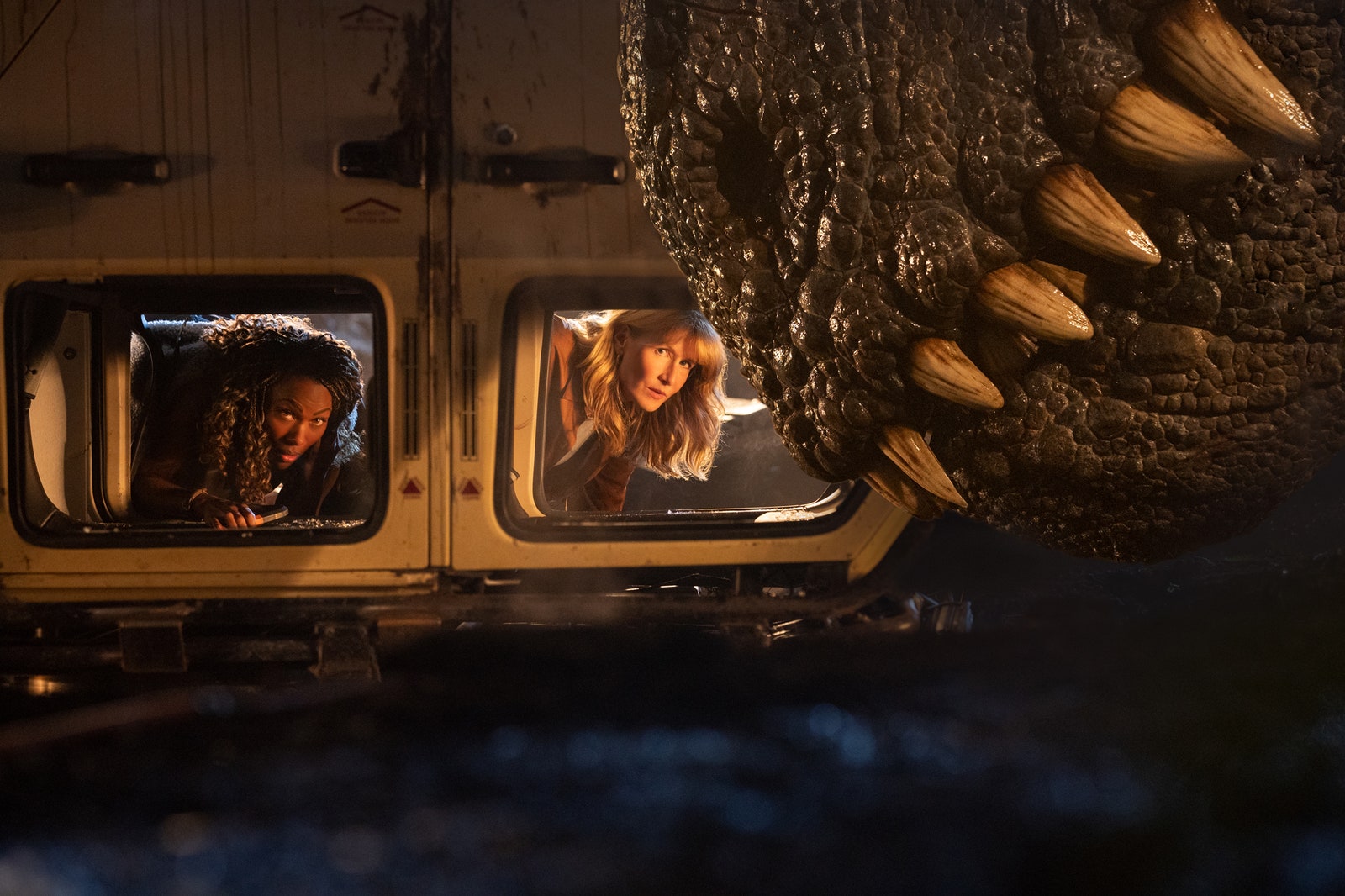 “I don’t think anyone really understood what we were doing,” adds Dern. “It’s just Steven Spielberg making a movie, and maybe it has something to do with dinosaurs. But as the scenario of Jurassic Park departs on essential points from Crichton’s bestseller, the production takes precautions. “I remember when we received our first script from Jurassic Park, it was printed on red paper. You remember ? asks Laura Dern to her partners. “You couldn’t make photocopies. So old school. Sam Neill cuts his partner: “So as far as I’m concerned my script was printed on white paper. I’m guessing they might have made it in red just for you, Laura, because they knew about your personal idea of ​​discretion. »

That’s how it happens between the three actors: a normal sentence, a valve, and so on.

When they arrived on the island of Kauai in August 1992, the three actors did not know each other. Goldblum explains: “We had never met. Not even at a party or anything, nothing. But we became closer to each other very quickly. We all slept in the same somewhat decrepit hotel, which moreover would be destroyed barely a month after the end of filming. That’s a corner of your mouth, huh, admit it. »

This complicity was useful on Dominion, one of the big productions to resume after confinement in 2020, largely shot near London. The entire film crew lived together, without interruption, in a sanitary bubble. Recreating the beloved characters was the easiest part of the job. “I could relax because we had been there before,” says Neill.

After Spielberg’s first blockbuster, Goldblum returned for the sequel in 1997, The Lost World: Jurassic Park, and Sam Neill reprized the lead role in 2001’s third installment, with a cameo by Laura Dern. The franchise’s DNA was strong enough in 2015 that the new version Jurassic Worldwith Bryce Dallas Howard and Chris Pratt, to become the highest-grossing series to date, grossing an estimated $1.67 billion worldwide. Goldblum made a brief appearance in the sequel to this film, Jurassic World: Fallen Kingdom, which turned out to be another colossal success. The return of the three original stars, combined with those of Chris Pratt and Bruce Dallas Howard, for Dominionallows both to close the loop and to hope for new records at the box office.

Director Colin Trevorrow says he wasn’t sure what to expect when he put together this iconic trio, especially under the restrictive circumstances of the pandemic. “I think there was a bit of fragility on my part at the start, I wondered if their dynamic was going to echo that of the characters in the film. Do Jeff and Sam really have a problem with each other? None of this turned out to be true. They have a completely unique, singular dynamic. I just had to figure it out over time. »