Announced as the big SF blockbuster of 2008, Jumper, starring Hayden Christensen, finally broke its teeth when it was released. Back to a phenomenon doomed to failure.

Adapted from the homonymous novel by author Steven Gould, jumper tells the story of David Rice, a teenager who, following a tragic accident, discovers that he has the ability to move anywhere in space. But since we are not at Marvel, the latter does not use his new powers so much to serve his fellow man, but rather to multiply bank robberies and lead the high life.

With a semi-ridiculous, semi-attractive plot, directed by the resourceful Doug Liman (The memory in the skin, Mr. & Mrs. Smith), and carried by Hayden Christensen, headliner of the prelogy Star Wars, jumper therefore announced itself as a guaranteed success. But nay. While an entire franchise loomed behind the film’s anticipated success, modest box office performances and disastrous critical reception forever buried any subsequent project, and promptly plunged jumper into oblivion. Truth be told, only Kristen Stewart suitors still concede to revisiting the footage in their spare time (ah, the things you do for love).

But then how the hell jumper did he manage to be guilty of such a shipwreck? We propose to return to the big mess that was the production of the footagethat is, a summary of various adventures behind the scenes, and a sympathetic failure in the task that even the director recognizes.

BEFORE THE BEGINNING, CHAOS

We thus find at the helm of this sad film the aroused Doug Liman, who has to his credit a small handful of critical and commercial successes such as The memory in the skin, Mr. & Mrs. Smithor more recently, the SF blockbuster Edge of Tomorrow, merrily worn by Tom Cruise.

On the screenplay side, Jim Uhls, to whom we owe the screenplay adaptation of fight club for David Fincher, is given primary credit. Finally, as for the leading cast, Hayden Christensen, a fallen star who should no longer be laughed at, is given the title role alongside Rachel Bilson, Jamie Bell, and Samuel L. Jackson. Behind this sympathetic distribution nevertheless hides the seeds of a vast shambles. 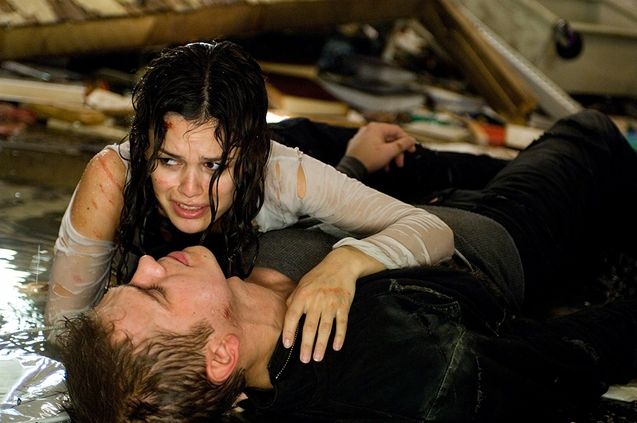 In November 2005, the production company New Regency Production therefore officially hired Liman to direct the adaptation of Steven Gould’s very first novel, published in 1992. Jim Uhls was hired after him to rework a first screenplay by David S. Goyer, to whom we owe the screenplays of Dark City, Where Batman Begins.

However, unconvinced by this first rewrite, Liman requested a new revision, assisted by screenwriter and producer Simon Kinberg, with whom he had already had the opportunity to collaborate on Mr. & Mrs. Smith. From its beginnings, the screenplay passed through many hands, and accuses the blow of many rewrites. But never mind, the production is progressing merrily, and quickly, a first cast is revealed to the public. 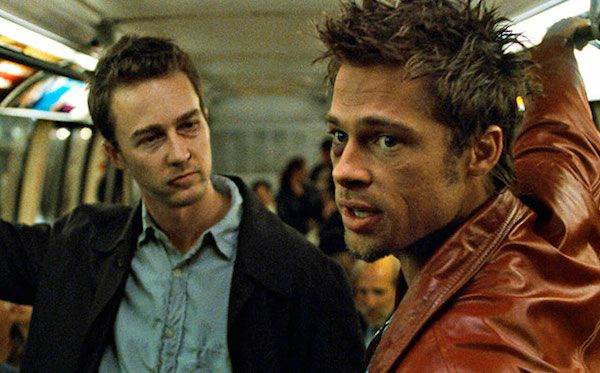 Career up and down

what if darth vader could teleport?

In April 2006, actors Tom Sturridge (at the time already seen alongside Toni Collette and Eddie Redmayne on the bill of Like Minds), Teresa Palmer (who was seen in the Australian drama 2:37) and Jamie Bell (revealed to the general public for his interpretation of Billy Elliot in the eponymous footage) are announced as the top three.

But soon after the finally early announcement of the main cast, production suffered a first downtime in June 2006. Indeed, producer Tom Rothman (yes, the founder of Fox Searchlight Pictures) suggests that Liman age the characters (who are supposed to be 18) in order to make the footage appealing to an older, and subsequently, wider audience. . A change which, unfortunately for Sturridge and Palmer, will mean that they are both replaced in favor of actors who are certainly older, but above all, more popular.

Thus, just two weeks before filming, Hayden Christensen, freshly released from the infamous prelogy Star Warstakes over the title role, while Rachel Bilson, best known for playing Summer Roberts in the teen series Newport Beach, is chosen to succeed a devastated Teresa Palmer. Inevitably, this change leads to a new wave of rewrites for the story, and under the advice of Rothman, Liman off the cuff develops a more mature romantic segment between David and Millie. 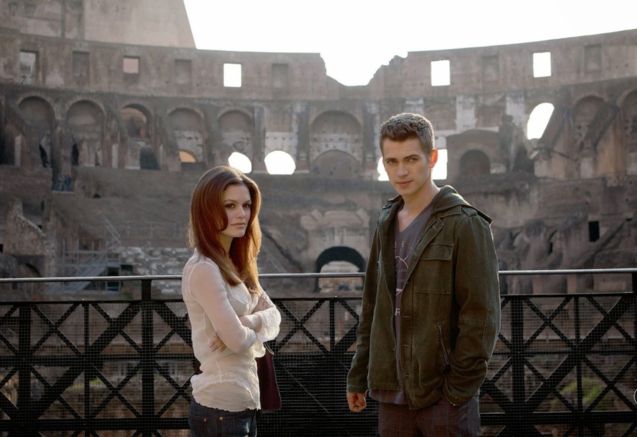 At least the chemistry wasn’t bad

filming of the underworld

The new cast found everything, the cameras are now ready to roll. In order to give pride of place to the teleportation abilities of its protagonist, jumper take advantage of a filming plan spread across 14 different countries. A costly bias, which should have guaranteed the footage a dynamic narrative, underpinned by a handful of spectacular visuals. And yet, the multiplicity of decorations will ultimately not be appreciable to the spectator as long as the final edit won’t make much of it.

A fact all the more regrettable that this filming spread out to the four corners of the world is far from having taken place without incident. In January 2007, decorator David Ritchie dies as he sets about dismantling a wall of sand and earth frozen by the Canadian winter. An excavator hitting the exterior decor would have weakened the structure, causing several tons of rubble to fall on the man and his crew, killing the first one instantly, and hospitalizing another technician with serious head injuries.

On a less tragic, but no less concerning note, Hayden Christensen will suffer many wounds. A quick glance at Doug Liman’s filmography is enough to establish how much the filmmaker is fond of action scenes, and likes to generously embellish his films with them. For the sake of authenticity, however, the latter would have required its main actor to does most of his stunts himself. However, it is not Tom Cruise who wants, and Christensen will reap from this fantasy hand injury, tearing of the ear, and inflammation of the pupil which will require a short stay in the emergency room. 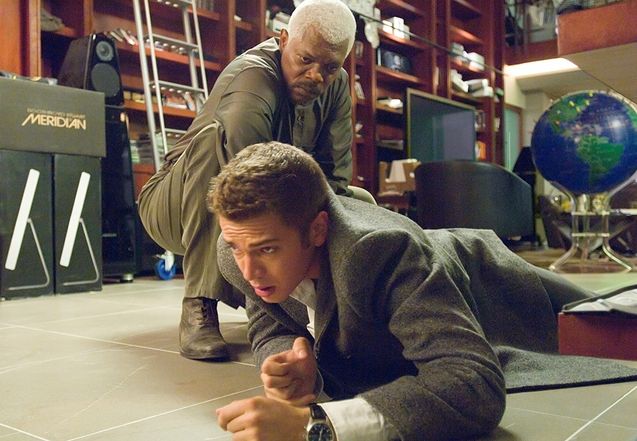 You have to suffer for your art, Hayden

By Doug Liman’s own admission, jumper is a sick movie. In an interview given to Collider in 2018, the filmmaker confided without going overboard that he had lost the course of his film, and let himself be overtaken by his own ambitions. With a certain spirit of contradiction, Liman initially wanted to take the opposite view of the usual codes of the genre:

“When I directed Jumper, I wanted to make a superhero movie where the character doesn’t become a superhero. He does have supernatural abilities, but he uses them more to save himself, not to save the damsel in distress. […] And then there comes a time when you realize that clichés exist because they work, and I realized that I had intentionally stripped the film of something that works to make it more experimental.” 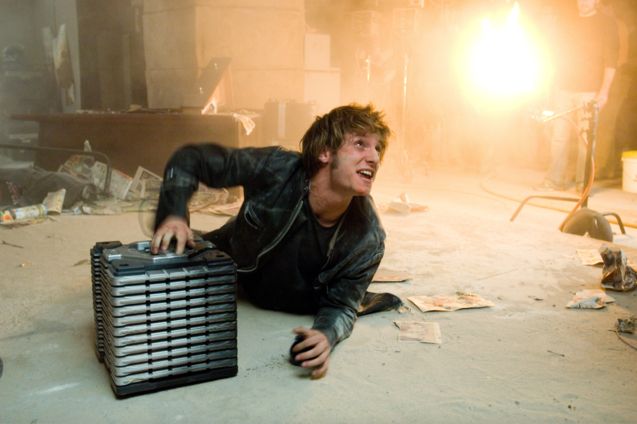 “Yes hello, I’m the nice element of the film, yes, there you go, you’re welcome”

A desire for misuse which is indeed felt on viewing, but unfortunately contributes to the wobbly and scattered nature of its plot. In fact, the footage sorely lacking in stakesand responds with a bland screenplay with perpetually untapped tricks. Without well-defined direction, goals or narrative arc to which to cling, the characters let themselves be carried without ever deploying the slightest capital sympathy (with the exception of Griffin, heart on him), or even developing the union minimum of personality.

Even more than a nicely missed film, jumper is before everything a mistake for New Regency Production. Indeed, the studios aspired above all to develop a franchise, which should have included multiple iterations. These various suites could thus have extended the skills of the jumpers with great interplanetary teleportation and other time travel, which, well done, would have given rise to an interesting SF work. But such is life.

Jumper: why the film with Hayden Christensen remains a small disaster