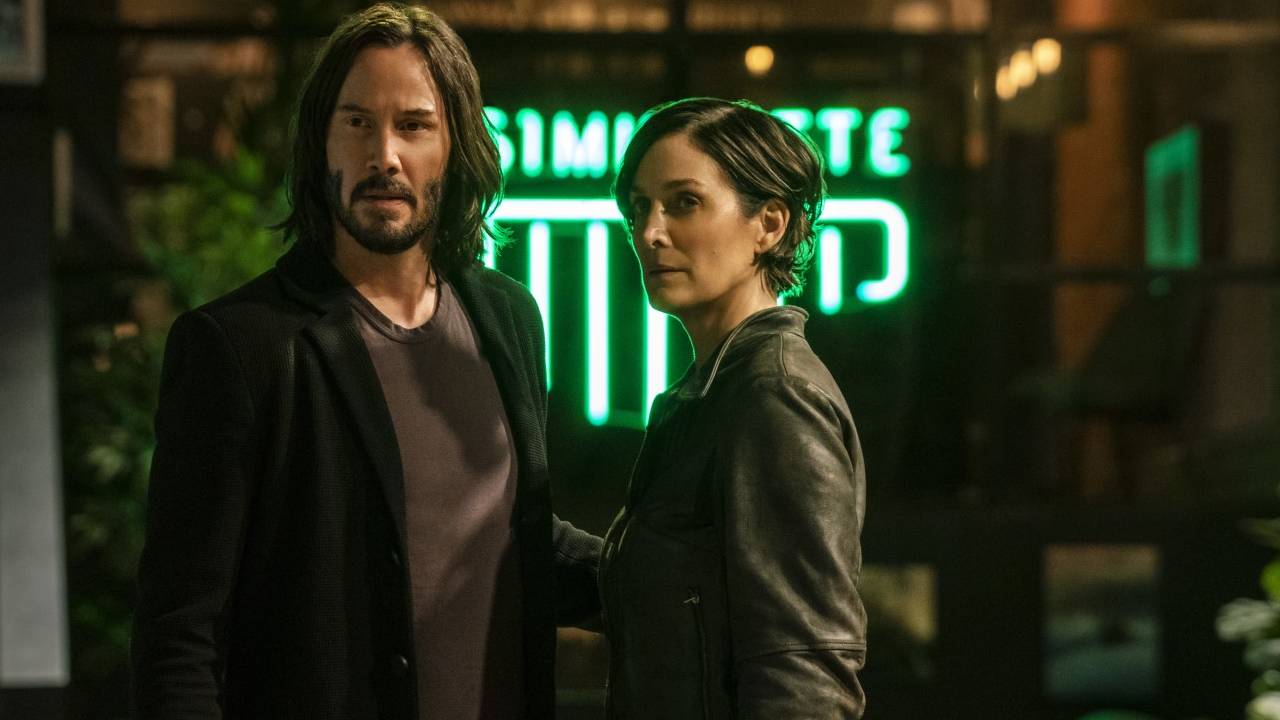 We speak with the protagonists of the new installment of the saga created by the sisters Lana and Lilly Wachowski. The film opens in theaters this Wednesday, December 22.

“It was exciting, it was cool, it was really fun.”. This is how Keanu Reeves remembers what it has meant for him to return as one of the most iconic characters of his career. The actor returns to give life to Neo in Matrix Resurrections, the fourth installment in the series created by sisters Lana and Lilly Wachowski, more than two decades after their debut as the character. In addition to him, Carrie-Anne Moss is also back, the one in charge of playing Trinity. “I think we met on the same day. My first day. It was the same day. So it was a very special moment.”recalls the actress for SensaCine about going back to this world with Reeves.

Besides the two of them, Matrix Resurrections -which hits theaters on December 22- is also the work of one of its creators. Looking ahead to this fourth installment, only Lana Wachowski has gone back behind the cameras. “She is a genius, a filmmaker, an author. Her passion. Her ideas. Her intelligence. Her creativity. She is very special. And having the opportunity to work with her is fantastic.”Reeves says of working with the director again. The actor also acknowledges that the director has evolved in her way of working from the first Matrix until this fourth installment.

‘Matrix Resurrections’: 3 questions and a theory about the new reality of Neo and Trinity before its premiere

“The director we met 20 years ago was much more into formalism and constructionism and artificial light”, Explain. “When we did Resurrections It was all about natural light, about being in front of the monitors, about letting things be improvised even having a vision, his vision, in which to fit it. It was exciting to work with her and amazing to see the art develop. “

A NEW GENERATION OF ACTORS

The two protagonists, veterans of the franchise, are accompanied by a new generation of actors. Some even give life to younger versions of mythical characters from the saga. Jonathan Groff, for example, gets into the shoes of Smith -Performed by Hugo Weaving in the previous installments Matrix Reloaded Y Matrix Revolutions– and pointing a gun at Reeves on set made a big impression on the actor.

When we finished filming, when they said cut it out, I was soaked and I thought I had pissed my pants. It was like burning inside me. I hadn’t peed my pants, it was just my body reacting to the experience of grabbing a gun, screaming and rolling. It was like very primal and surreal. Bringing this character to life every day was transformative

Another of the new versions of characters is in charge of Yahya Abdul-Mateen II, who gets into the skin of Morfeo. It was Laurence Fishburne who played this character in the three previous installments of the saga.

‘Matrix Resurrections’: “One of Keanu Reeves’ best performances” and “most daring and personal sequel”

“More than a challenge, it has been an opportunity. An honor, to be able to play the character that Laurence Fishburne has given us”, says Abdul-Mateen II. However, the actor emphasizes that he does not give life to a traced version of the Morpheus we met. “I make a character that is not quite the original. I am not working on or replacing Laurence Fishburne’s version of Morpheus, but I have tried to create a completely different character who is aware of the history of the Matrix, and that was a challenge exciting for me, “he adds.

As for the new characters, Jessica Henwick and Neil Patrick Harris bring to life, respectively, Bugs Y The Analyst. The first is one more of the group of this new version of Morpheus. “Bugs has a lot of Trinity, and Lana has made history creating incredible female characters “, says Henwick. “Nobody takes her seriously but she has that strength and feminine power to find the truth and that’s super inspiring. So yeah, I hope women enjoy that aspect of the character.”

AN OVERWHELMING FIRST DAY OF FILMING

Harris, for his part, remembers that Wachowski’s way of working is very different from what he is used to. “This is the first time that I am part of Lana’s style of films, which is very different from the way I usually memorize lines and plant myself in a scene, which means recording a lot, and connecting what I say with the place I’m in. But here they don’t rehearse on anything, “he says. His first scene was in a department store and the actor remembers it “somewhat overwhelming”. He also claims that Reeves’ presence and good work makes you want “be better and work harder”.

Groff also agrees with the latter: “I remember being so overwhelmed by being, between takes, sitting in the chairs and Keanu Reves, the legendary Keanu Reves, who has played this role in three previous films, going over the script between takes, centering, rereading his lines, making sure that I was where I wanted to be “.

Once the world of Neo and Trinity has returned to the big screen after so long … will the story continue in the future with Matrix 5? Neither Reeves nor Moss want to put their hands on the fire, but as for what they would like to see in a future installment, they agree that “A lot of action”. “I just want everyone to be happy forever.”Reeves adds. “And emotion and joy and love”.

Jonathan Groff on pointing a gun at Keanu Reeves on set of ‘Matrix Resurrections’: “I thought I had pissed my pants”