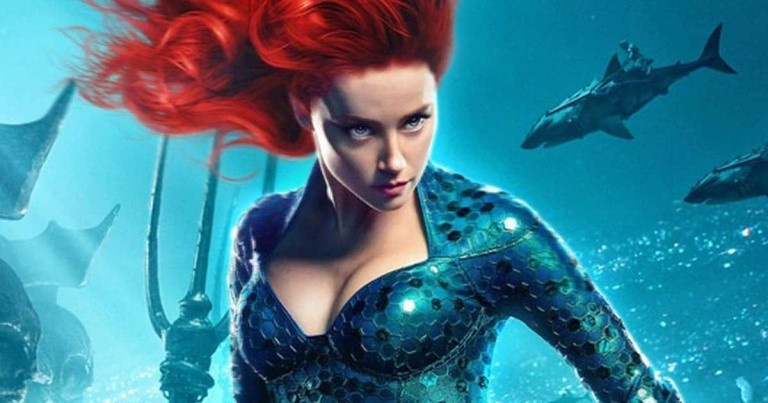 Since April 11, 2022, the ex-couple Johnny Depp – Amber Heard has been in the Fairfax County courthouse located in the State of Virginia. After several weeks of a public trial that hit the headlines and kept fans of both parties in suspense, the jury retired last Friday to deliberate. The verdict is expected for the end of May at the beginning of June 2022. Beyond a decision that will cause a lot of ink to flow, what is the impact of this trial on the careers of the actor and actress?

The words printed in the columns of The Sun had a huge impact on Johnny Depp’s career. First consequence and not the least… the American actor has stepped down from his role as Gellert Grindelwald in the film Fantastic Beasts: Dumbledore’s Secrets at the request of Warner Bros following the lost lawsuit against the previously mentioned British newspaper. In fact, Johnny Depp was quickly invited to leave the Harry Potter universe in order to minimize the impact on the cinematographic saga of a case still in progress in the spring of 2022. The character of the black mage was then entrusted to Mads Mikkelsen (Death Stranding , Doctor Strange).

As for Amber Heard, it seems that its presence in the DC Extended Universe, the cinematic universe of the Justice League, is increasingly being questioned. This would have the latest news nothing to do with the court case between her and her ex-husband Johnny Depp. According to rumors, a lack of chemistry between the actress and Jason Momoa, the interpreter of Arthur Curry in the film Aquaman and the Lost Kingdom, would be the cause of his hypothetical departure. DC Films chairman – Walter Hamada – spilled the beans just before testifying at a hearing. The one who embodies Mera on the screen has seen her role be drastically reduced over the course of the project. Warner Bros would have even tried to delete it purely and simply.

I played in it. I fought to stay in the film. He didn’t want to include me anymore. I was given a script, then new versions of the script where the action scenes had been removed. Without too much spoiler, there had to be fight scenes between my character and another. They took a lot out of my role. – Amber Heard

In the spring of 2022, the revelation hit Pirates of the Caribbean fans like a bomb. Johnny Depp will not take over the role of the troublemaker Jack Sparrow in the sixth film, nor in any other project of the saga. According to the actor, Disney’s decision to oust him from the feature film is directly linked to the allegations made against him by his ex-wife Amber Heard in the columns of the Washington Post in December 2018. Here are the comments made by the principal interested in the trial:

For two years I was constantly talked about around the world as someone who beat women. So I’m sure Disney was quick to sever all ties with me to be quiet. – Johnny Depp

Johnny Depp, following a question from Ben Rottenborn – Amber Heard’s lawyer – did not spare his words against Disney. The American star categorically refuses to return to the role of Jack Sparrowregardless of the offer put on the table by the entertainment giant.

Mr. Depp, if Disney came to you with $300 million, nothing on earth would make you come back and work with them on a Pirates of the Caribbean movie, would it? – Ben Rottenborn

The concentration of franchises in the hands of a handful of companies can quickly become an insoluble problem both for the rights holders and for the actors and actresses supposed to embody the characters on screen. Do Johnny Depp’s grievances towards Disney only impact the Pirates of the Caribbean saga or do they extend to all of the firm’s licenses? It will take patience to get to the bottom of it. As a reminder, Disney owns, among other things, the Marvel Cinematic Universe, Star Wars as well as many cult Fox saga. Alien, Avatar and Predator are just a few examples. Tim Burton, whose favorite actor Johnny Depp is, is also a regular at “Disney” stamped productions. The 7th Art is a small world. Case to follow!

Find out more about the Harry Potter universe