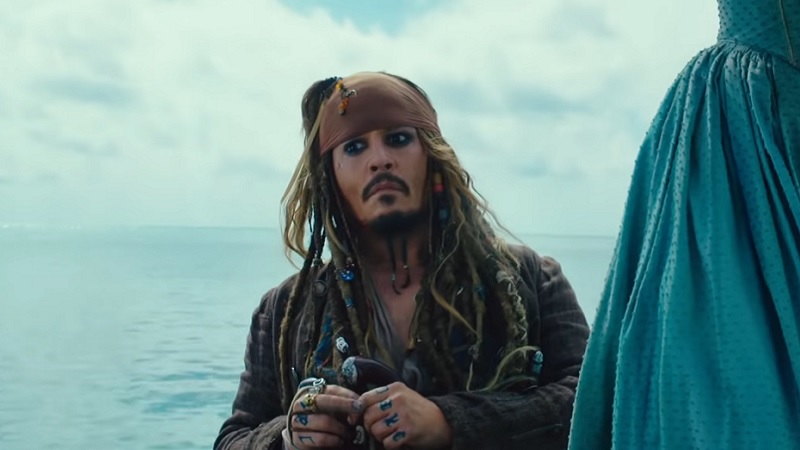 No, Johnny Depp has not watched Pirates of the Caribbean: The Curse of the Black Pearl, the first film in the franchise in which he plays the famous Captain Jack Sparrow.

Released in 2003, Pirates of the Caribbean: The Curse of the Black Pearl was a huge hit around the world. The film marked the start of a multi-billion dollar franchise. He introduced Captain Jack Sparrow played by Johnny Depp which featured in all four of the film’s sequels. The latest is Pirates of the Caribbean: Salazar’s Revenge released in 2017.

Matthew Belloni, the founder of Puck News, shared in a tweet that: “ Johnny Depp just told the court that he had never seen the first Pirates movie. Remember he was nominated for an Oscar for this movie “. Indeed, the American actor was nominated for Oscar for Best Actor in Pirates of the Caribbean: The Curse of the Black Pearl in 2004. This year, the Oscar for Best Actor went to Will Smith for The Williams Method. The latter, however, is banned from the Oscars for the next 10 years because of the slap given to Chris Rock who even had the right to his own browser game.

Johnny Depp’s revelation is rather surprising. However, this is not the first time that he admits not watching his own films. He has previously stated that he hardly ever watches his movies. This is not the only actor to avoid his films. Recently, Jared Leto has revealed he hasn’t seen one of his own movies in over 22 years. Other actors like Meryl Streep, Joaquin Phoenix, Reese Witherspoon or even Javier Bardem also prefer to avoid watching their films.

Finally, we don’t know how much Johnny Depp’s legal troubles will impact the future of Captain Jack Sparrow. The sixth Pirates of the Caribbean movie hasn’t even been announced yet. A spin-off would be in development with Margot Robbie. Captain Jack Sparrow could indeed be replaced by a female character in the continuation of the franchise.

Johnny Depp never watched the first Pirates of the Caribbean