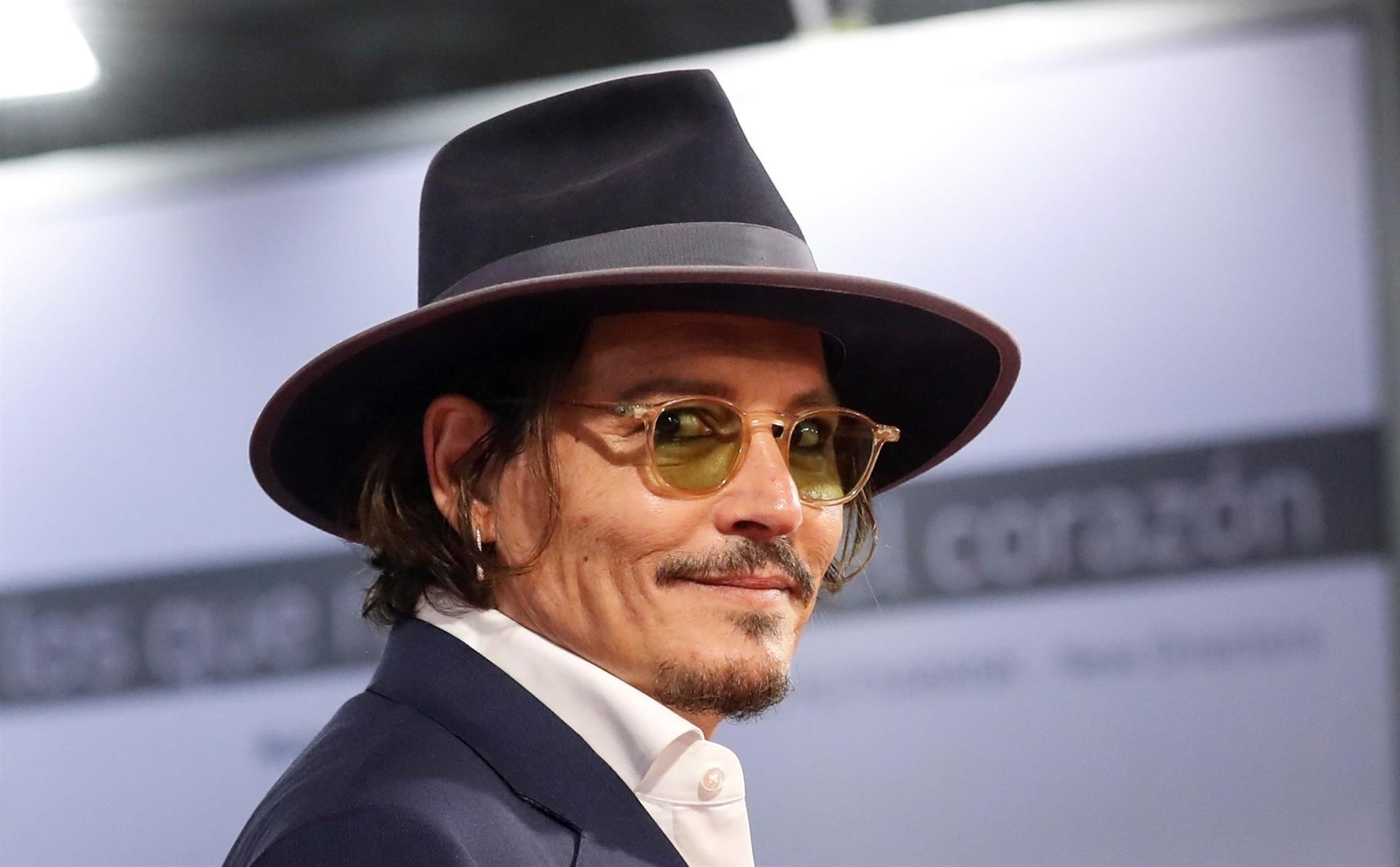 A week after the controversy surrounding the choice of Johnny Depp to receive the Donostia Award at the San Sebastian Festival 2021, the American actor captures world attention due to what he revealed during a recent interview.

Depp appeared for the first time since he lost the libel suit against the British tabloid The Sun, who had called him a “wife beater” and said there is a boycott against him in Hollywood.

On Monday, August 9, it was announced that Johnny Depp will receive the Donostia Award at the San Sebastián Film Festival in northern Spain, which will celebrate its 69th edition from September 17 to 25 and that he is working so that the American actor does not be the only one this year to which you give your highest honorific recognition.

The San Sebastian contest defines Depp as “one of the most talented and versatile actors in contemporary cinematography”.

One year after his visit to the Zinemaldia to present Drinking with Shane MacGowan, by Julien Temple, in whose production he had participated and who won the Special Jury Prize, the American interpreter will collect the award in a ceremony that will take place on September 22 in the Kursaal auditorium.

With this distinction, the contest recognizes the trajectory of an actor who has received three Oscar nominations and who has obtained a Golden Globe, among many other awards, who has participated as an interpreter in more than 90 audiovisual productions and has also produced a dozen of films, including the most recent, The Minamata Photographerby Andrew Levitas.

In addition, Depp has directed shorts and the feature film The Brave in 1997 which he also wrote and which featured Marlon Brando in the cast.

In the last two decades he has been nominated for Oscars for Pirates of the Caribbean. The curse of the black pearl (2003), Discovering Neverland (2004), and Sweeney Todd, the devilish barber of Fleet Street (2007).

This will be Johnny Depp’s third visit to the Festival after his “fleeting passage” in 1998 with Terry Gilliam and his return in 2020, in an edition marked by many absences due to the pandemic, to present Temple’s documentary about the singer by The Pogues.

The award ceremony will take place before the out-of-competition screening of the Official Selection film “La hija”, by Manuel Martín Cuenca, starring Javier Gutiérrez and Patricia López Arnaiz. Tickets for this gala will go on sale on Monday, September 13.

Plus: Comedian Bill Cosby exposed to retrial for sexual assault

Johnny Depp says there is a boycott against him in Hollywood

Johnny Depp recently gave an interview to The Sunday Times and insisted that it has been “five surreal years” since he was accused of abuse by his ex-wife Amber Heard. In addition, he said that Hollywood has a boycott against him.

During the talk, the American actor said that the legal battle between him and Amber Heard has tainted his career because, his new film The Minamata Photographer, has had conflicts with US distributors, which is why it does not have a release date.

Depp said that after MGM finally refused to endorse the film, the blocks put on him by production companies are focused on his personal life.

“All of this affects the people of Minamata and the people who have gone through similar experiences. And all for a Hollywood boycott … towards me? All for one man, in a chaotic situation, for a certain number of years? ”Deep wondered.

In 2020, a British judge ruled in a media defamation case that a newspaper’s domestic violence allegations against the Hollywood actor were “substantially correct.”

Last March, a British court rejected the American actor’s request to appeal the ruling, saying he had “no real prospect of success.” Additionally, Depp is suing his ex-wife for $ 50 million in Virginia over a newspaper op-ed. Washington Post which she wrote claiming to have been a victim of domestic violence, although she did not name Johnny in the article. That trial has been delayed until April 2022.

It may interest you: Britney Spears’ father will resign to be her guardian (the conditions and the rejection of the family bond)

After the ruling of the British court, Johnny Depp spread through his social networks, that Warner Brothers asked him to resign his role as Gellert Grindelwald in the third film of Fantastic animals. In later days it was confirmed that his role was replaced by Danish actor Mads Mikkelsen.

“Look, everything that has happened has happened and that’s it, but I have to say that, ultimately, this specific area of ​​my life [el judicial y personal] It has been full of absurd things, ”Depp said during the interview.

The American actor insisted that he will bring several things to light and took the opportunity to thank the fans who continue to show support. “All of them are the ones who give us work. They buy tickets, merchandise. They made all those studios rich, but they forgot about that a long time ago. I have not done it. I am proud of these people, for what they try to say, which is the truth. They stayed on the trip with me and it is for them that I will fight. Always, until the end ”, concluded Depp.