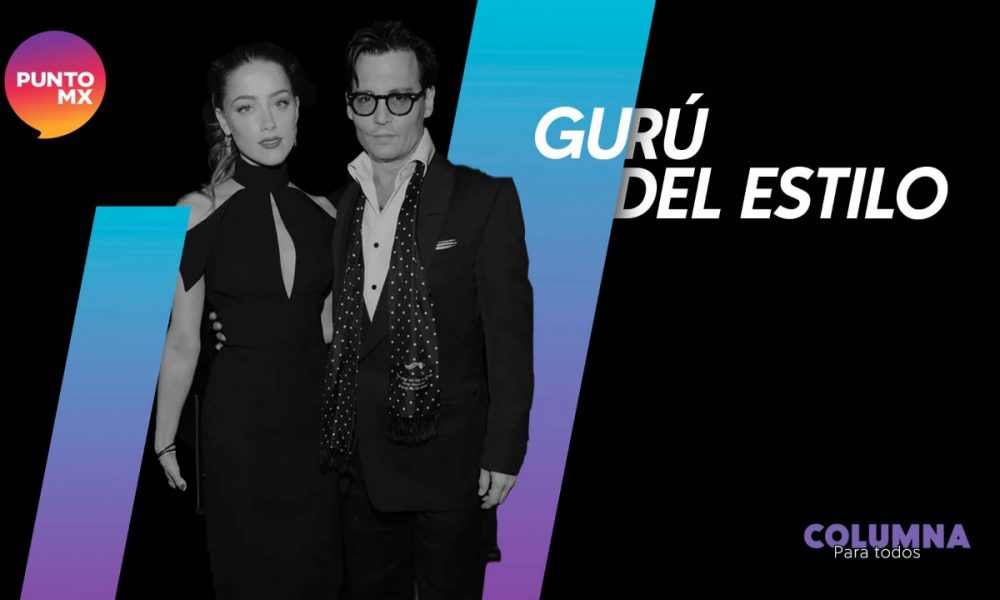 Johnny Depp and Amber Heard are currently in the eye of the hurricane by starring in the considered “trial of the decade”, like the one that at the time had OJ Simpson as a central figure, accused of killing his ex-wife and her boyfriend.

The couple has been involved in a series of lawsuits, in which they blame each other for violence (of all kinds), defamation and even for losing millionaire contracts.

Through a millionaire agreement, in 2016 they separated on apparent good terms and after a joint statement, the marriage was dissolved. In 2018, she returned to the subject when she wrote for The Washington Post, assuring, without giving names, that she had experienced domestic violence.

It was from there that they began to fight each other again and sue each other. Today, four years later, both are in the middle of a televised trial, which formally began last week.

And in the tutorial, what is better to wear in this infernal heat in CDMX?

Remember that Gurú can solve all your doubts about fashion and style, write to gurudelestilo1@gmail.com, or make your query on Twitter at @Gurudelestilo, or on Facebook, at Gurú del Estilo with the hook logo (like us and Follow!), in addition to finding many other surprises such as red carpets, designer collections, many photos, tips and other cool things.

Last week Cuba Gooding Jr, who is accused of abuse, was also called to testify. Between 2018 and 2019 when the actor was sued by three women, who, separately, claimed that they were touched by him in different New York nightclubs.

The first accusation came in 2018, when a then 29-year-old girl accused Cuba of touching her breasts at the Magic Hour Rooftop bar in Manhattan. After the lawsuit was made public, two more women took advantage of the spotlight and sued the actor.

A waitress sued him for touching her butt and making sexual comments at TAO Downtown. Another woman accused him of having improperly and forcibly touched her when they were both at the LAVO club.

The actor pleaded guilty to touching one of the women who sued him. Despite accepting responsibility for him, he will not be imprisoned; he will only have to take therapy for six months. Finally, so are the laws.

Together with 15 parents, the actresses were accused of bribery after facing charges of university admission fraud, in favor of their respective children.

It all happened when they, along with other parents, paid bribes disguised as donations to favor their children and thus get them a place at a prestigious university in the US.

The bribes or donations were given to sports coaches, who helped them with credits so that their evaluations would have better results and thus they could be admitted.

During the case, called Operation Varsity Blues, more than 50 people were involved, from coaches who promoted the scams to parents who agreed to the fraud; but Felicity Huffman and Lori Loughlin were the most media involved. Finally, they were found guilty and both served their sentence, which did not exceed two weeks in prison.

It was in 2017 when The New York Times and New York published an investigation in which the then mega-film producer Harvey Weinstein was accused of having accused, abused, assaulted or raped dozens of women related to the entertainment medium.

From there, many more decided to raise their voices and reveal that they had also been violated by the filmmaker. The scandal had broken out. Harvey was kicked out of his own production company and other film bodies. The lawsuits against him did not wait. He voluntarily surrendered and some of the trials began, of which he was found guilty of third-degree rape in some cases, while in other charges he was found not guilty.

Harvey is currently in prison serving a 23-year sentence, although more cases are pending against him.

He was one of the favorite actors of the moment, thanks to his role as Francis Underwood in the series House of cards, for Netflix. Everything ended from one moment to another when accusations against him came to light, in which he was accused of having committed sexual assaults against several staff members.
Along with the accusations, he faced other lawsuits, for the same reasons, including that of an unidentified man, who accused him of having sexually assaulted him in the 1980s, when he was 14 years old.

Between accusations, lawyers and defenses, three people who sued him died in strange circumstances. However, what he was not saved from was the lawsuit filed against him by the producer of House of cards, which accused him of breach of contract; he lost and has been ordered to pay a $31 million fine.

Who was a music producer, singer and songwriter, was accused by a group of women (and some men) of having raped them when they were still minors. Today he is in prison serving a sentence of more than 100 years. According to the plaintiffs, the musician took advantage of his fame and position in the music industry to attract minors and sexually abuse them with the promise of launching them to stardom, R Kelly put together a human trafficking network to take advantage sexually of them.

G:
What do I wear in this heat? My clothes are not suitable for this climate…
Ana

Hello Ana:
The best thing you can do to yourself is to put on fresh dresses. Dresses are very versatile, if you have nice legs wear them short, you can wear them long. There are Japanese sleeves, no sleeves, short sleeves and strapless or off the shoulders.
Guru kisses, XOXO