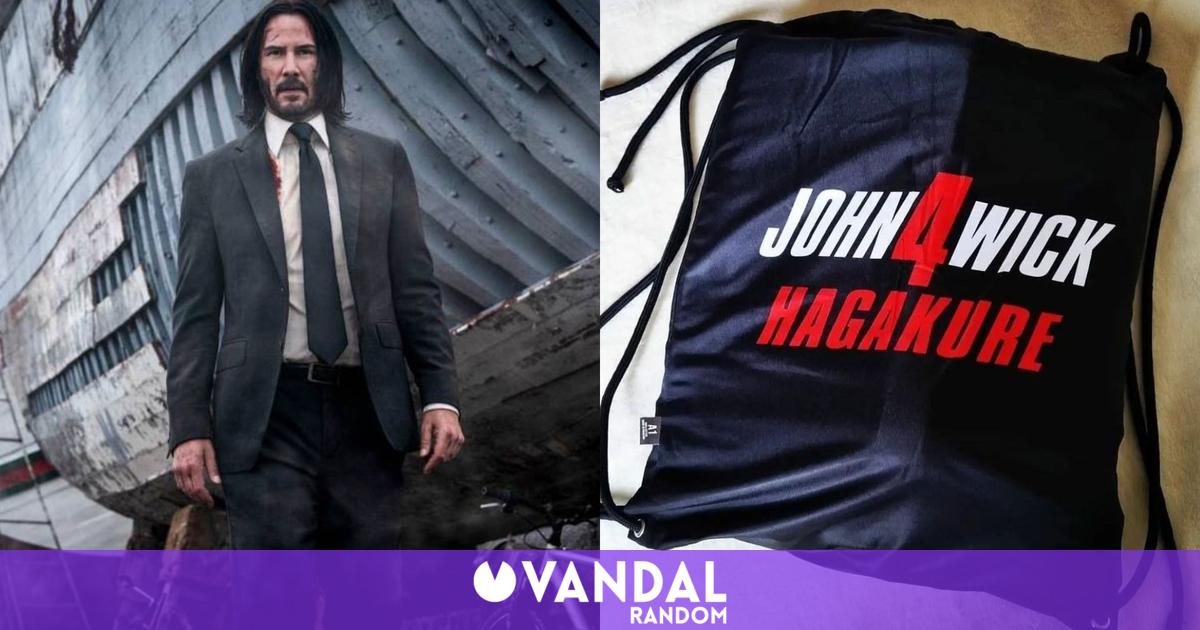 John Wick 4 He would have already confirmed his title inadvertently, basically because it was one of the members of the film’s specialists who, through a gift at the end of the shoot, made a publication in which you can clearly read what the next feature film starring will be called by Keanu Reeves. Has been Tsvetolyub Iliev the person responsible for these images on Instagram and the information has spread like wildfire, since now we can put more face and eyes to the next Baba Yaga film.

🚨 According to wrap gifts, #JohnWick4‘s title will be ‘John Wick 4: Hagakure’ pic.twitter.com/aqeOfFEnl9

“According to the gifts of John Wick 4, the title will be ‘John Wick 4: Hagakure'”.

“Hagakure” will be the name of the next feature film in the series. The word in Japanese means Hidden by the leaves or Hidden leaves, and it is a spiritual guide for the warrior. It is in fact an extraction of the opinion of bushido by Yamamoto Tsunetomo (a samurai vassal of the Nabeshima clan). Bushido is the code by which samuris are governed. Basically, Hagakure embraces the theory that a samurai must be willing to die at any time to be faithful to his lord.

Seeing the meaning of the title, This may be the last time we see a John Wic feature filmk as we know it, since it is already the fourth installment and at a certain point it is not necessary to burn the wheel either. In addition to the fact that over the years, Keanu Reeves is for fewer jogs of this type (although, be careful, there we have to Harrison Ford running Indiana Jones 5 or the tireless Tom Cruise with his immortal saga of Mission Impossible).

John Wick 4: Hagakure recently finished filming (Reeves celebrated by gifting his companions a wonderful watch) and should be ready to go. premiere on May 27, 2022. There is still a while and we have not really seen a trailer or official images of the film that allow us to get an idea of ​​the tone that the feature film has. But, in any case, at least now we have an official title and that is always good news. And even more so when we have been able to scratch meaning from it.

John Wick 4: Hagakure will be the title of the new installment of the Keanu Reeves saga