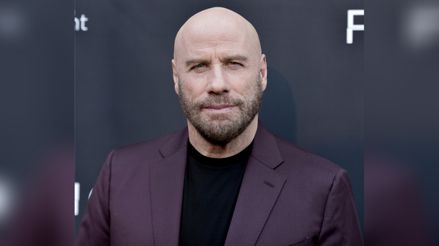 John Travolta is a true believer in the Scientology, and attempted to save his son from death by returning the spirit.

John Travolta is one of the most remembered actors in cinema, achieving popularity in the late 1990s. 70 with movies like ‘Saturday Night Fever’ (1977) y ‘Grease’ (1978), at a time when these tapes became fashionable. In addition, he is remembered for his character ‘Vincent Vega’ in ‘Pulp Fiction’ (1994). However, one of his most difficult moments was when he lost his son Jett, who tried to give life back with the Scientology.

The passing of Jett, son of John Travolta

John Travolta defines this as the worst experience of his life. Jett born in 1992However, he suffered seizures throughout his life. John Travolta and the late actress, Kelly PrestonThey were the parents of the child who never admitted to having autism. In the Church of the Scientology, where Travolta was a member since 75, allegedly do not recognize the condition, and the couple claimed that Jett had syndrome of Kawasaki, which is caused by exposure to carpet cleaners.

Regrettably, Jett would pass away at the age of 16 during a family vacation in the Bahamas. John Travolta’s son suffered another seizure in the bathroom, which caused him to hit his head when he fell and later died.

How did John Travolta try to revive Jett?

In 2019, Samantha Domingo, daughter-in-law of Placido Domingo and a former Scientologist, she revealed details of the death of John Travolta’s son. In a review shared in the Daily Mail, Domingo, who was a VIP member of the Church of the Scientology for 22 years, revealed that John Travolta got into the ambulance where he was Jett at the time of the accident, and attempted to bring him back to life.

According Samantha Domingo, in Scientology the spirit is considered as the “Thetan”. According to his belief, the “ThetanHe does not choose a body until he is born. In John Travolta’s desperate attempt to bring his son back to life, he attempted to order the “Thetan”Return to the body of his son, without success. Two years later, John Travolta y Kelly Preston they brought the world to Ben, and according Samantha Domingo, the family considered that the spirit of their eldest son was in Ben.

The representative of John Travolta noted that the disclosures of Samantha Domingo were “False and ridiculous.”