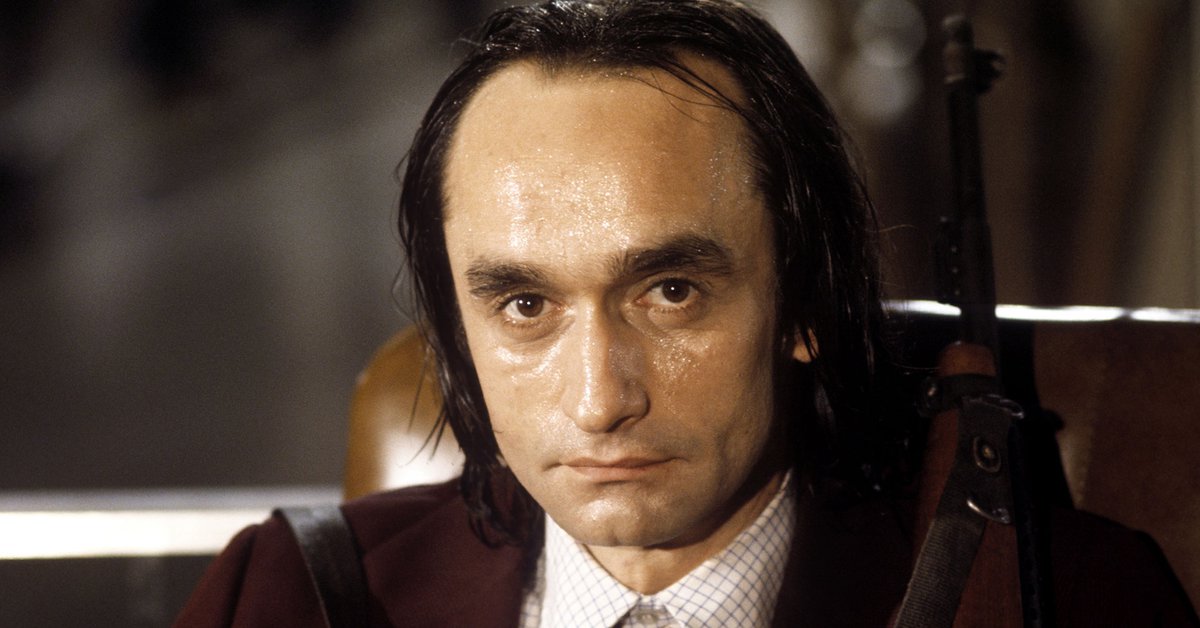 The Godfather it is undoubtedly one of the greatest classics of all time. The film of Francis Ford Coppola based on the book of Mario Puzo It has been the favorite of viewers around the world for almost 50 years now. Each character, each dialogue, each scene is part of the collective imagination of film history. Within that universe there is a character that we all know and an actor whose name not everyone remembers. The character is Fredo Corleone and the actor is John Cazale.

John Cazale was born in Boston, Massachusetts, on August 12, 1935. His acting vocation was reflected in his work on the stage, where he quickly demonstrated enormous talent and an enchanting personality. He was not a heartthrob, he never would be, but his opportunity to work in film came from the hand of his friend, Al Pacino, with whom he would end up making three feature films. The Godfather, the first of them, he found him playing a tragic loser who would forever be his mark in the cinema: Fredo Corleone, the eldest son of Don Corleone, who was played by Marlon brando. They were also James Caan, Robert Duvall, Diane Keaton Y Talia Shire. In such an extraordinary cast, Cazale was not out of tune and devoted himself with painstaking passion to portraying a key character in the story.

Fredo, who because he was the first-born of the godfather should inherit his empire, was not too smart and his personality did not help him either. But at the same time he was aware of his situation, which made him suffer to the point of madness, even betrayal. That tragic path that would lead him to deliver his brother Michael, in one of the main subplots of The Godfather II. “I know it was you,” says Michael, “you broke my heart” and kisses him on New Year’s Eve, in Cuba, in the middle of the revolution. Fredo would end up murdered in the middle of a lake at the end of the film. Two of the most remembered scenes in film history.

The Godfather She was nominated for an Oscar and there she would begin a career that has no comparison with any other. John Cazale would achieve a practically impossible record: He only worked on five feature films and all five were nominated for an Oscar. TO The Godfather they followed The conversation, next to Gene Hackman Y Harrison Ford, Y The Godfather II, both nominated for an Academy Award in the same year and both directed by Francis Ford Coppola. These two titles are the favorites of black palate moviegoers from those years and to the present. The fourth film with John Cazale was Dog afternoon (1975) directed by Sidney Lumet. He once again worked alongside Al Pacino on this movie. His character’s fate was as dire as Fredo’s. John Cazale’s last performance was at The Sniper (1978) from Michael Cimino. A finishing touch for a career that ended too quickly.

All five were nominated for an Oscar and three of them, The Godfather, The Godfather II Y The Sniper, they would be winners of the maximum prize, the one of best film. No other actor had a full Oscar-nominated filmography before or after. But most importantly, the five films are true classics in film history. Fundamental, influential, popular, award-winning, critically acclaimed, imitated and honored films to this day. Nobody who knows about cinema ignores who is, therefore, John Cazale.

He was awarded for his theatrical work, but for what he did in film he only received a Golden Globe nomination for his role in Dog afternoon. Al Pacino, his great friend, said he could work with Cazale forever. John Cazale had helped Al Pacino with his career, as well as Robert De Niro already a young actress named Meryl Streep whom he met working in theater. Meryl Streep and John Cazale fell in love and formed a couple. He said she was the best actress in the world, long before everyone said it.

Unfortunately the couple would last a short time. John Cazale was diagnosed with very advanced lung cancer before filming began for The Sniper. There would begin one of the most bitter stories, but at the same time most inspiring in the film industry. Meryl Streep and the then star Robert De Niro, did everything possible so that Cazale was not expelled from the shoot. It was a very ambitious film and the producers did not want to lose money having to shoot scenes again if Cazale did not survive the shoot. De Niro and Streep fought with all their being to get him to stay in the movie.

Director Michael Cimino knew about Cazale’s disease, but the study did not. When they found out, they said they could not insure the actor. It was then that Robert De Niro backed up with the money needed for insurance in the event that his castmate didn’t complete the job. Meryl Streep threatened to quit filming. She ended up accepting a role in the miniseries. Holocaust to be able to pay for Cazale’s medical treatment at the same time. The John Cazale scenes were filmed early in the schedule to ensure his role was completed. Filming began in June 1977.

The Sniper, with its many controversies, was finally released in December 1978. John Cazale did not live to see it completed. He passed away in New York on March 13, months before the film came out. He was 42 years old. Loved by all, he left enormous pain and great memories for his colleagues. When the film was nominated for an Oscar and ended up winning it, Cazale increased his unique and incomparable record.

John Cazale in “The Sniper”

But the story does not end there. In 1990 Francis Ford Coppola released The Godfather III and used excerpts from the two previous films. The film was also nominated for an Oscar for best film of the year, adding a sixth title to John Cazale’s record. Another posthumous triumph for one of the most beloved actors of the 70s. In 2009 a documentary called I Knew It Was You: Rediscovering John Cazale (2009) that rescues his filmography and his life for the new generations. By extension, it is a tribute to all the great actors who with their supporting roles helped to build the great history of cinema.

Definitely the actor with the perfect filmography. We know it was you, John Cazale.

It is 50 years since the premiere of “Death Challenge”, the first film directed by Steven Spielberg
“Brooklyn Nine-Nine”: the brilliant sitcom that parodies the police series