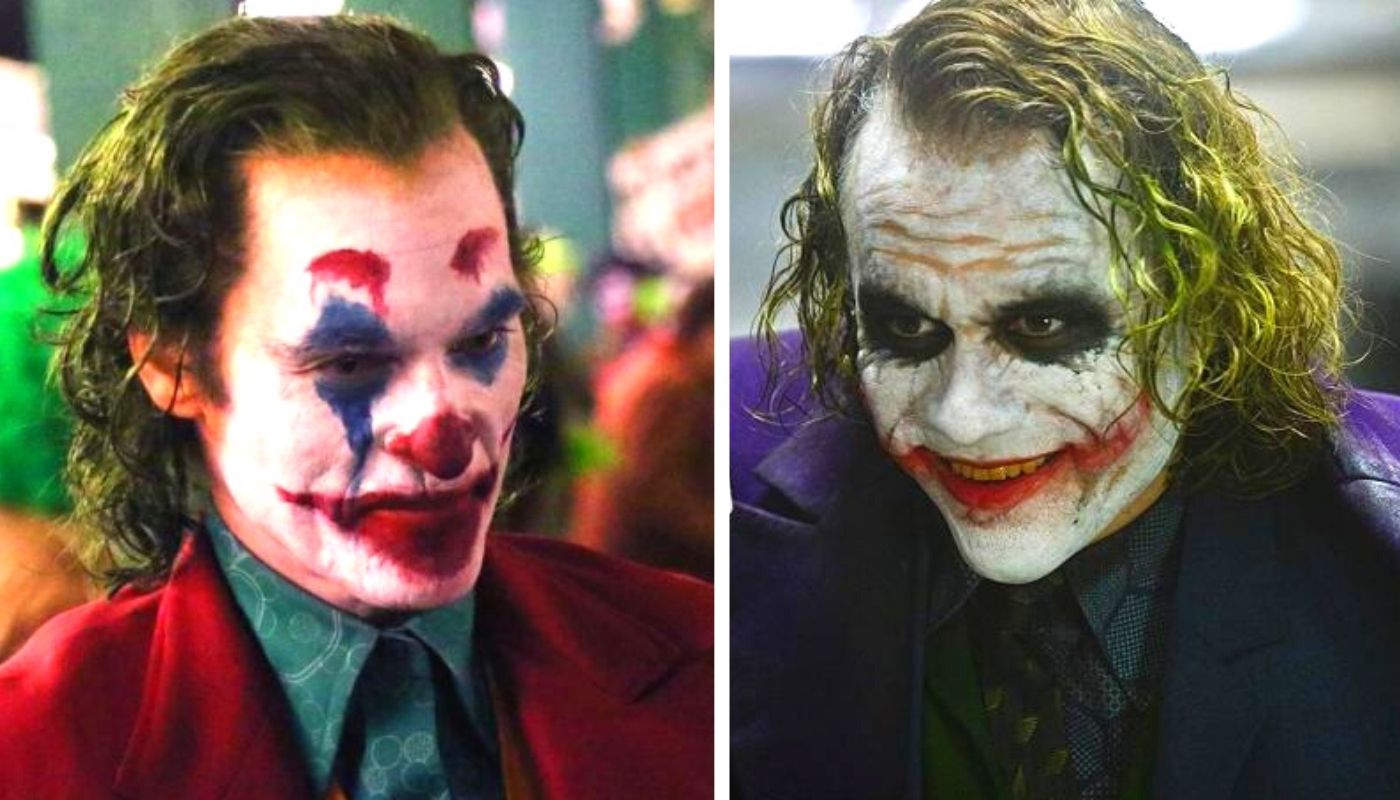 Within the eternal debate of who has been the best Joker in the history of cinema and television, perhaps there are good reasons for each of those in charge of bringing it to life: from the classic and picturesque César Romero, to the 90s and sarcastic Jack Nicholson.

However, it is a fact that in contemporary days, one can only speak of two “strong” contenders, who also won the Oscar Award for the same role: Heath Ledger in 2008 and Joaquin Phoenix in 2019.

Under that premise, which of the two can be named “The Most Legendary Joker”? On the one hand, it must be remembered that although they have the same name on the screen, both “clown princes” play a different character.

Think about it carefully: Heath Ledger is the Joker who wants to watch the world burn just for the sake of it. Director Christopher Nolan himself came to describe him as “a psychopathic clown, serial killer, and schizophrenic without an ounce of empathy”

In Nolan’s tape, Ledger is seen being cruel at the slightest provocation, even to do a “magic trick” with a pencil. Without a doubt, it is also in this story where the best explosion lies followed by Ledger walking away while wearing a ridiculous (and terrifying) nurse outfit.

Ledger’s Joker is a master of manipulation: he knows how to act in his favor even with Batman (Christian Bale) or Harvey Dent (Aaron Eckhart) in front of him. It can be spoken of a social deranged, but certainly, it cannot be said that it is a defenseless being.

On the other hand, the duality of the Phoenix Joker is fascinating: he has twisted behaviors precisely because of the lack of empathy of which he was a victim, even with a clear diagnosis of mental illness.

Phoenix is ​​not only the Joker telling his story in the criminal world; He is also Arthur Fleck, an unfortunate individual who was raped from childhood by the adoption system, given over to a neglectful mother, and ridiculed on various levels for his pathetic life.

As you can see, the balance leans more to the Joker of Phoenix, not only because of the great development of the character achieved by Todd Phillips, but because broadly speaking, it is much easier to perceive that clown prince in the daily routine: the one who tried everything to “get it right” but was let down by his immediate surroundings.

So, in effect: “we live in a society …” in which the Phoenix Joker is more terrifying because it could be anyone in your environment … even if their actions have no justification. Or what do you think?

Since you are here:

The most unknown episode in Natalie Wood's tragic life: her mother forced her into relationships wit...
The surreal story of Ana Guerra appearing on Lady Gaga's YouTube channel
Donostia award will be awarded to Johnny Depp for his excellent career