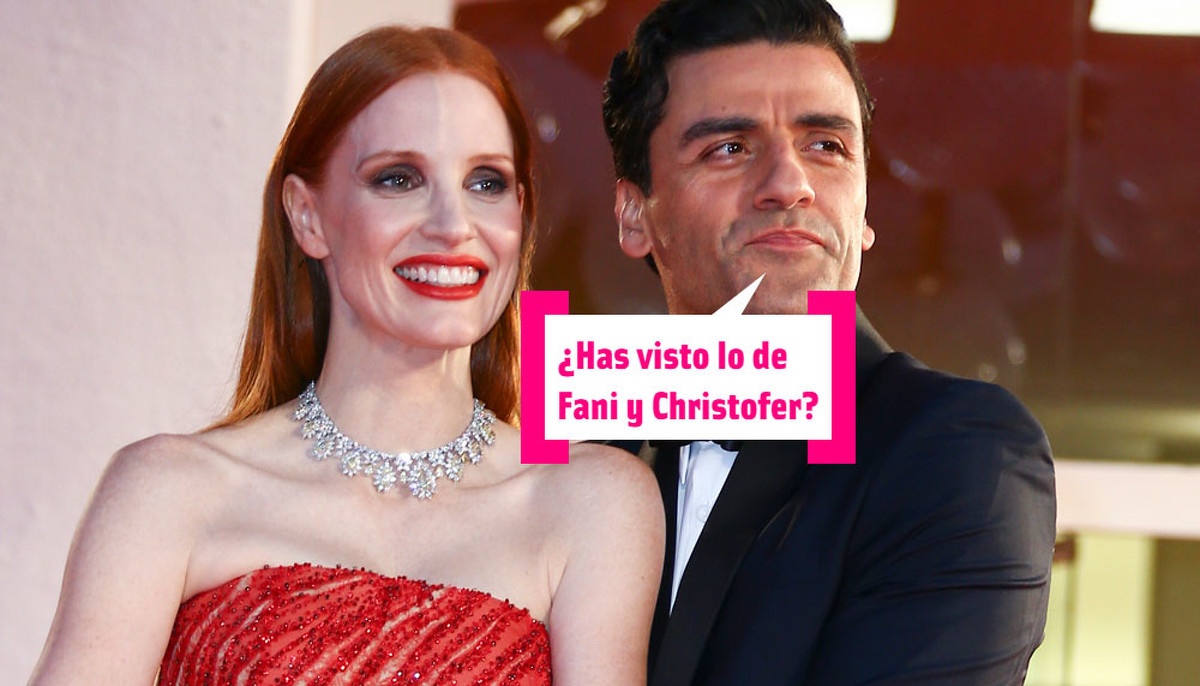 It was about a week ago that the pose of Oscar Isaac and Jessica Chastain (44) at Venice Festival. Presented ‘Secrets of a marriage’ and the moment ‘here is chemistry’ did not leave anyone indifferent. He stroking and kissing her arm, the laughs, the looks … It was all very commented, but what we did not know is what the actress just said in the program ‘The Late Show with Stephen Colbert’.

The actress went on TV to promote her new movie, ‘Tammy Faye’s eyes’, and took the moment to remember that ‘Secrets of a marriage’ it just premiered on HBO. The presenter wanted to know what had happened to Oscar in Venice and this is what the actress has released.

It happens that Jessica and Oscar They have known each other for a long time. “We went to college together, at Juilliard,” said the actress. “We are both married to other people. We have been friends for 20 years. If it hasn’t happened yet, it’s not going to happen. I’m sorry to tell everyone because I know people got really excited about this. [con lo de Venecia]but it’s slow motion and I’m looking ahead. I didn’t even realize what I was doing until the photographers laughed, “Jessica explained.

So he was kissing her arm and she wasn’t realizing it. OK, very good. Said it before, Jessica. We wouldn’t have wasted five minutes with this story (joke).

Although this version of events did not convince too much. Especially the presenter of the program, Stephen Cobert: “I’m not saying you’re missing out on Oscar Isaac. I’m saying Oscar Isaac is missing out on Jessica Chastain,” Stephen said.

Jessica continued with the joke assuring that this is the power of her armpit. “It is a very strong force,” he concluded.

By the way, ‘Secrets of a marriage’ is already on HBO. It is a remake of a 1973 Swedish miniseries directed by one of the greats of European cinema, Ingmar Bergman. We do not know if you plan to see it, but be warned: it is BRU-TAL. What is it about? Of when love ends in a marriage. Very tough, realistic and with two level interpretations, those of Jessica Chastain and Oscar Isaac (do you notice that we are fans?).