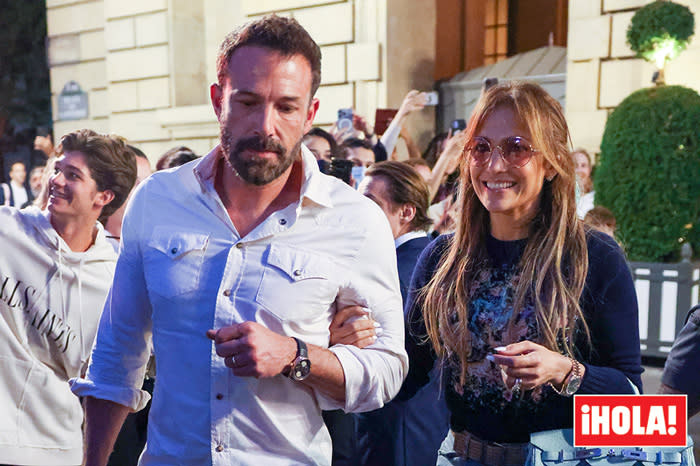 The relationship of Ben Affleck and Jennifer Lopez continues to speak, even months after sealing their love in a ceremony as intimate as it is romantic at the actor’s private estate in Georgia. One of the topics of conversation that keeps coming up is precisely the decision of the singer to change her last name to adopt that of her new husband, reason why she legally becomes Jennifer Affleck in July after her link in Las Vegas. A deeply rooted tradition in the Anglo-Saxon countries and that en United States follow about 70% of bridesdespite the fact that in recent times the conversation is taking a turn in this regard.

– Jennifer Lopez and Ben Affleck, perfectly coordinated, on their first red carpet as husband and wife

“People are going to keep calling me Jennifer Lopez but my legal name will be Mrs. Affleck because we are united. We are husband and wife. I’m proud of that, I don’t think it’s a problem”, the artist assured in an interview with Vogue where precisely the criticism she has received for this movement has been mentioned. But, why didn’t she decide on something like what Brooklyn Beckham and Nicola Peltz have done? The two members of the couple have added the other’s last name to their full name, in a gesture that is most representative of generation z.

“It’s not traditional, it’s not romantic, It seems like it’s a show of power, you know?“, alleges Jennifer Lopez of couples in which it is the man who gets his wife’s last name. “I am in control of my life and destiny and I feel empowered as a woman and as a person,” says the protagonist of Marry me at the interview. “I think it’s romantic. For me it keeps tradition and romance, maybe I’m just that kind of girl“, he insists. Precisely that fairy tale idea is also conveyed when talking about how they have met again after starting a relationship almost 20 years ago.

– The spectacular 53 years of Jennifer Lopez, the new Mrs. Affleck

As JLo explains, at that time they had no worries or gave importance to anything, they lived their romance behind the scenes in the same way they expressed it among themselves. But it was another moment in history, and the singer of Love Don’t Cost A Thing was viciously attacked by American society and the stereotypes of Latin women and from the Bronx. “There was a lot under the surface, people didn’t want us to be together, they didn’t think I was the right person for him,” she admits, making it clear that what have learned from that experience it’s that you can’t be as honest and open as you’d like.

How was your relationship with Ben Affleck rekindled then?

Shortly after the breakup of Jennifer Lopez and Alex Rodriguez In early 2021, the actress and singer received an email from Ben Affleck, who for his part had just broken up with Ana de Armas. In an April interview, the Pearl Harbor interpreter had been asked about what he still admired about his ex, so I wanted to let you know that it was going to be published. However, the thing did not end there, they continued to talk, they began to visit each other at home, and although they wanted to hide it from the public, it was known immediately. “The people in my life know that he was a very, very special person to me.. When we reconnected those feelings for me they were still very real”, admits the protagonist of boss by accident.

Jennifer Lopez responds, why did you decide to adopt the last name of Ben Affleck after your wedding?