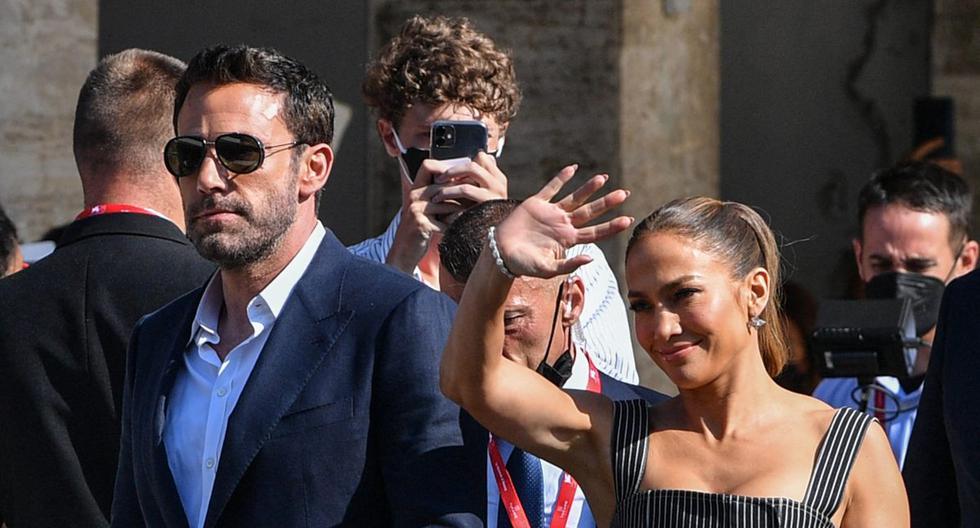 2021 was the year of the second chance in love for ‘Bennifer’. After the problems he faced Jennifer Lopez In her relationship with Alex Rodríguez, the singer decided to believe and feel again with whoever her partner was 17 years ago. She and Ben Affleck They have forged a solid relationship with the children they had in their previous marriages and where they learn from each other every day. In this sense, the Oscar winner made it clear that JLo gave him a lesson as a result of their coexistence and it is the importance of having a great presence in social networks, what did he say about it?

TRIVIA | How much do you know about Jennifer Lopez?

The ‘Batman’ actor is not active on the Internet and even closed his Instagram account, as well as avoiding publicly speaking about his romance with the ‘Diva from the Bronx’; however, in a recent interview as part of his film’s media tour ‘The Last Duel’ made a comment about his partner’s success.

The ‘boom’ of JLo and social networks

Only on Instagram, Jennifer Lopez It has more than 191 million followers, on Facebook there are more than 60 million, while on Twitter more than 45 million are awaiting each of its publications. This, without a doubt, powerfully draws the attention of Ben Affleck as a result of the coexistence that he had with her again, assessing the effect on his career.

“Experiencing and sharing Jennifer’s life now and seeing the degree to which a huge social media presence – how it is valued, how it is perceived by people who are willing to invest a lot of money in what you are doing – is quite surprising. “, he specified a few days ago ‘Los Angeles Times’.

The reference he made to his partner was after being consulted about how the film business is changing, he also added that “I’m not sure the option of having 300 million followers was available to me, but that ship has probably already sailed.”.

Ben Affleck reflects on his age

On August 15, Ben Affleck He turned 49 years old and during the interview he was also encouraged to talk about his career and his future in the entertainment industry.

“The common thread that I have found from the people I know who have turned 50 who are the happiest is that they have stopped worrying so much about what others think, I think that is the gift of that age (…) When you get to 30, you think, ‘Now I’ve figured it out,’ then you hit 40 and you think, ‘I had no idea. Now when I think about being 20 years old, I ask myself, ‘How did my brain differ from that of a gorilla at that age? “he commented.

The actor also spoke about his children with Jennifer Garner, Violet, Seraphina and Samuel, and how he talks to them about the change in the entertainment industry.

“I say things to my kids like, ‘What is this YouTuber doing? Is he a comedian?’ They look at me like, ‘Are you an asshole? They’re people, they talk. ‘And some of these people are making a fortune. There is enormous value in this “, he assured.

How did JLo and Ben Affleck get back together?

‘Bennifer’ rejoined in February 2021 after the actor sent him emails while JLo was in the middle of a crisis with Alex Rodríguez. JLo and the former baseball player announced the end of their engagement on April 15. After several weeks of encounters, Jennifer Lopez Y Ben Affleck They made their relationship official on the singer’s 52nd birthday while cruising on a luxurious yacht on the Mediterranean Sea.

They starred in the 2002 movie ‘Gigli’ where they fell in love. In November they got engaged but postponed their wedding in September 2003, the year in which they debuted together on a red carpet; however, the end of their relationship surprised everyone in January 2004. Then JLo married Marc Anthony in June 2004 and in 2005, the Oscar winner married Jennifer Garner.

Jennifer Lopez and Ben Affleck: the teaching that JLo gave him about the importance of being present on social networks