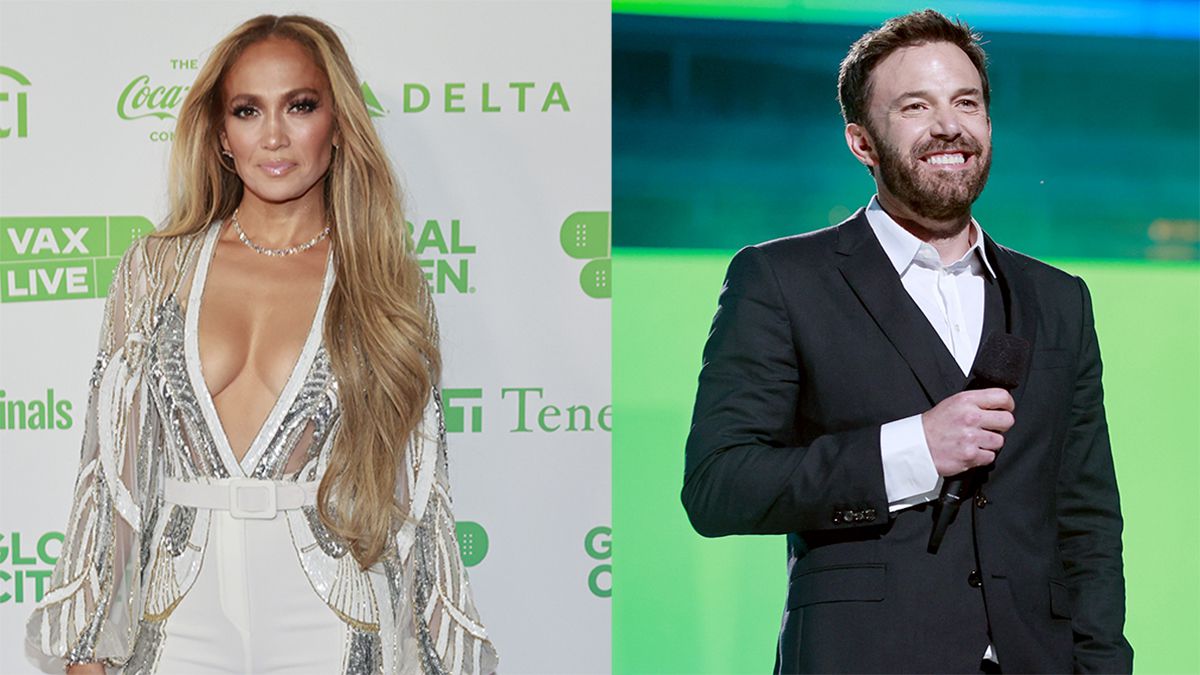 Jennifer Lopez and Ben Affleck were a couple between 2002 and 2004, but their love story went beyond the personal to become the object of global attention, in line with the golden moment that their careers lived. The fervor reached so much, nourished by their posed together at events and red carpets, that a term was coined to refer to them, then quite novel, that united part of their names: Bennifer. A famous acronym only surpassed years later by Brangelina, in reference to the couple that formed Brad Pitt and Angelina Jolie.

They came to announce their engagement, he gave her a Harry Winston ring with a 6.1 carat pink diamond in the center and white diamond details that the magazine Vanity fair It was valued at more than two million dollars, and the wedding promised to be not only the hallmark of an obvious attraction and love at first sight, but also a social event in style where luxury was taken for granted. But suddenly, with the same passion and speed that their story began, and only four days before their wedding date, the couple decided to postpone it. Their public exposure had caused their relationship to run at Formula 1 speed: they had to announce that they were dating only five months after meeting, they lived surrounded by paparazzi and privacy was a luxury they were not allowed to afford.

That ended up overcoming them and the attention that their commitment generated was the first trigger for the end of their relationship: “When we began to seriously consider hiring three decoy brides for three different locations, we realized that something was wrong,” they admitted in a statement in which they announced that they were delaying their marriage without a date. They explained that they felt that “what should be a joyous and sacred day could be spoiled for us, our families and our friends.” Ben Affleck went on to say in an interview with Hollywood Reporter that the media and the public had been harmful to them during their relationship and that they endured a lot of racist and sexist comments. They broke up permanently in 2004 and shortly thereafter Jennifer Lopez married singer Marc Anthony, the father of her twin children Max and Emme, from whom he separated in 2014. Affleck, for his part, married in 2005 with actress Jennifer Garner from who officially divorced in 2018 and had with her three children, Violet, Seraphina and Samuel aged 15, 12 and 9 years.

The friendship between Lopez and Affleck, who are now 51 and 48 respectively, has continued with ups and downs throughout these 17 years. She in 2016 said in an interview that her relationship with the actor had been “a genuine love” and that she did not know what could have happened between them “at a different time.” He hasn’t stopped praising and defending her, especially in recent months. This same month of April he said in an interview: “She continues to be, to this day, the hardest-working person I have ever encountered in this business” and I also complimented her on a delayed basis expressing aloud: “Why You are the same as in 2003 and it seems that, in the best of cases, I am 40 years older? ”. In a conversation with The New York Times the actor claimed that Lopez should have been nominated for an Oscar for her role in the film Hustlers and revealed: “I keep in regular contact with her and I respect her a lot.”

If that “different moment” has come now or the meetings they have been having since Jennifer López and former New York Yankees player Alex Rodríguez announced their breakup in mid-April, they are just a symbol of the support between a good couple of friends remains to be confirmed or denied in the future. The only thing certain and proven is that after the breakdown of the singer and actress’s engagement, she has focused on her friends and that Affleck is one of them. They have tried to avoid photographs in the same place but have not been able to avoid that the American press has captured them using the same car, a large white SUV owned by Lopez. According to the same media and the security environment that surrounds them, Affleck has visited JLo on several occasions at her home in Los Angeles after she returned from the Dominican Republic where she has been shooting her latest film and where Alex Rodríguez also traveled to try to mend their relationship.

But last weekend the tone of this friendship seems to have changed after confirming, through graphic documents, that the couple traveled by private plane to spend a few days together in a luxury ski resort in Montana, the Yellowstone Club. in Big Sky, a place where the actor has owned a chalet for years and likes to go when he wants to relax and clear his thoughts. The specialized media affirm that they were there alone for a week and that they returned to Los Angeles last Saturday. It was precisely on their return that they were photographed getting off a private plane and then leaving the airport in the same car, driven by Affleck. Both were wearing comfortable clothes and a serious gesture. Before, on May 2, they also coincided in the recording of the event Vax Live: The concert to reunite the world that also took place in Los Angeles, where Jennifer López performed and Ben Affleck intervened at another time with the famous presenter Jimmy Kimmel.

Magazine People has attributed to an unspecified source a statement about the days that the couple has shared: “Yes, Jennifer spent several days with Ben out of town. They have a strong connection. Everything has been fast and intense, but Jennifer is happy ”. Those who know them affirm that they are in a similar moment after their respective romantic breakups and that regardless of whether they end up together or not, they are now beneficial for each other. TMZOn the other hand, it publishes that it was the actor who contacted JLo by email while she was filming in the Dominican Republic and that this first message was followed by others during the month that the actress remained there shooting her last film. The same media claims that after she spoke effusively about how and what she wrote to him, he replied that he would like to be able to reach her heart through his pen.

The representatives of both actors have not responded to the information requests of various US media but their admirers and some friends are delighted with this approach, the end of which is unknown. Matt Damon, a great friend of Affleck, intervened by videoconference on the program Today Tuesday and when asked about this relationship, he jokingly replied: “There is not enough alcohol in the world for you to make me say something about that.” He clarified that he is in Australia promoting his new film and that he had just heard the news, but added: “It is a fascinating story. I love you both. I hope it’s true. It would be amazing”.

As surprising as it must seem to the one who until just over a month ago was the singer’s fiancé. According to the Daily MailAlex Rodríguez is “very surprised” by JLo’s reunion with Affleck, especially the time they have spent traveling together, and has made it known to his ex-fiancée. Meanwhile, people close to this sentimental entanglement only take for granted that Jennifer Lopez “is not interested in rekindling her relationship with Rodríguez.” Bennifer is back to the cheers of his fans. If he meets with friends or his old romance is reactivated, it remains as a possibility that he may encounter the same obstacle as years ago: managing the new media persecution that has already been launched.