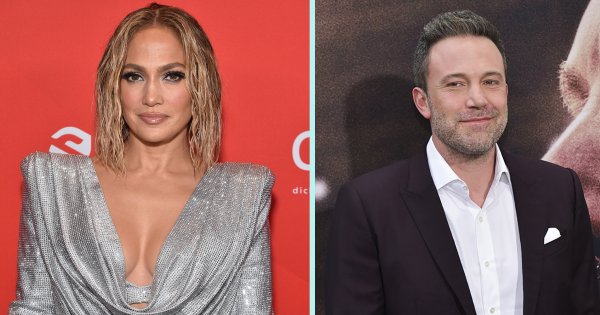 Are we witnessing the great comeback of “Bennifer”? It would seem so. Jennifer Lopez and Ben Affleck have been spotted together on several occasions, first in Los Angeles at Jennifer Lopez’s house in April and then on vacation in Montana in May.

A few weeks after the publication of the first images that ignited social networks, a new photo confirms the rumor. On June 13, the iconic 2000s couple were seen kissing at a restaurant in Los Angeles by Page Six.

It did not take more for social networks to ignite. Especially since J-Lo recently ended his relationship with Alex Rodriguez, and the actor and producer had a priori no known relationship in recent months.

“Biggest regret of my life”: Ben Affleck opens up about his divorce from Jennifer Garner

A reunion scrutinized … and a photographed kiss

This is the photo everyone has been waiting for to confirm the rumor. June 14, 2021, Page Six published it. The former couple were pictured kissing for the first time at a restaurant in Malibu on Sunday, June 13.

According to the media, they were attending the 50th birthday party for Linda, the singer’s sister. The festivities therefore took place with the entire Lopez family and 13-year-old twins that the singer had with Marc Anthony.

In mid-May, Jennifer Lopez and Ben Affleck were already photographed in a car in Montana, where the actor owns a house, can we read on the Dailymail,

“[Jennifer, ndlr] spent several days with Ben out of town, “sources told People. According to TMZ , sources at the scene said they “looked like a couple” during their stay. The couple then returned from the private jet trip and went directly from the Los Angeles airport to Jennifer Lopez’s home in Bel-Air on May 8.

According to Page Six, at the end of April, Ben Affleck had been seen, going to the home of Jennifer Lopez on three occasions, since his return from the filming of Shotgun Wedding. Exclusive sources from the magazine have revealed that the two actors have been spending time together in Los Angeles since J-Lo separated from Alex Rodriguez.

A source close to the duo, cited by People, asserted then that they were simple friends. The little sentence no longer holds. According to Page Six, J-Lo’s mother, Guadalupe Rodríguez, is said to be “thrilled” by the return of romance. According to a source, she was very close to Ben Affleck when he was dating his daughter, between 2002 and 2004.

An iconic couple from the 2000s

At the time, the couple met on a movie set. In 2002, J-Lo and Affleck shared the poster for the romantic comedy Gigli. The actress is still married to her second husband, dancer Cris Judd. But the couple divorces, and shortly after, Jennifer Lopez and Ben Affleck formalize their union. “Bennifer” was born.

The singer confirmed her engagement to Ben Affleck in a November 2002 interview with Diane Sawyer. She proudly showed off her pink engagement ring, which she called “the most gorgeous thing I have ever seen”.

But the wedding will ultimately never take place. Postponed at first because of the excessive media attention on their couple, they officially separated in 2004.

In recent weeks, fans and nostalgic for the iconic couple from the 2000s have shared their hope that this friendly reunion will lead to a new romantic relationship.

For the moment, neither of the two concerned has spoken.