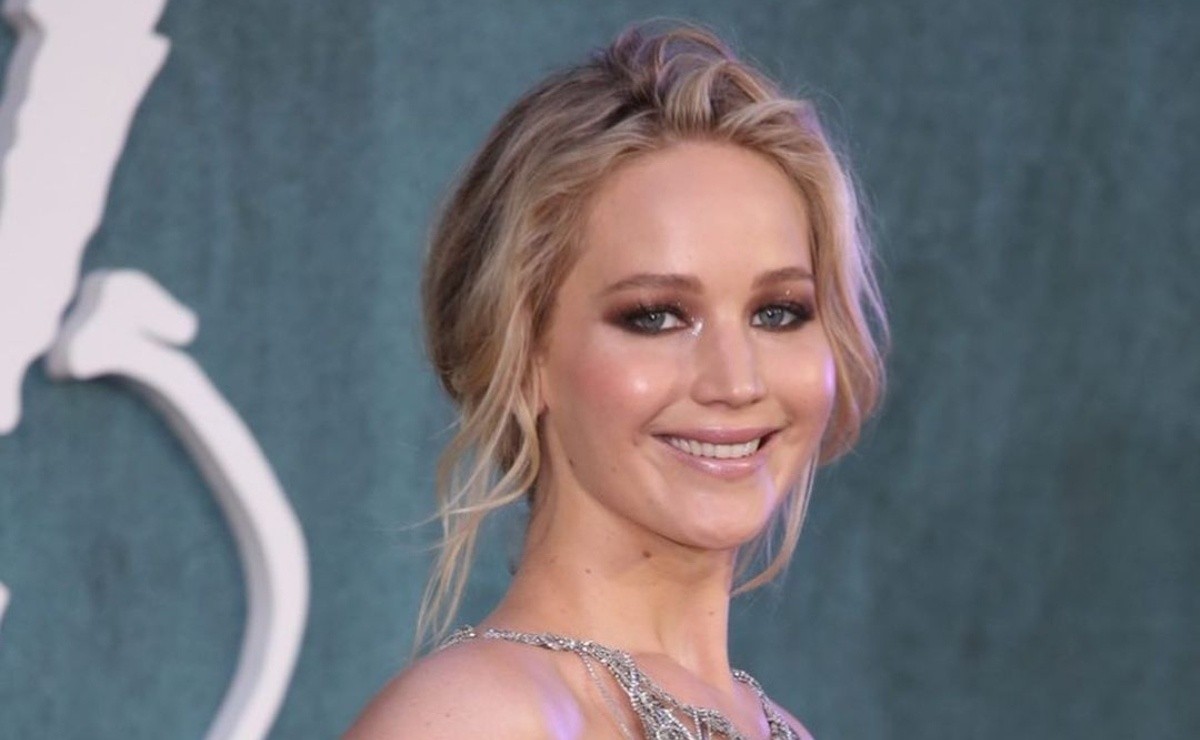 Jennifer Lawrence looks spectacular two months after the birth of her baby; and so he was seen while walking through a park in Los Angeles, California and the paparazzi captured them. The actress was seen with her little baby who was enjoying the ride in her stroller and her husband, Cooke Maroney.

The actress of The Hunger Games made it clear that she is quickly recovering if she appears, as she was seen with a very informal look consisting of a cropped sherpa hoodie, over a white t-shirt and matching pants. To finish off his look, she pulled his hair up into a high ponytail and wore black sunglasses to shield him from the sun.

Her husband, Cooke Maroney, who has stayed away from the entertainment world, looked very handsome in an equally casual look, which was made up of a blue sweatshirt, a white baseball cap, gray joggers and matching sneakers. All very to doc for a walk in the park.

You can read: Jennifer Lawrence injures an eyelid during the filming of a scene

As they took in the fresh air on a flat paved path lined with trees, Lawrence stopped several times to check on her baby.. Lawrence, 31, and Maroney, 37, who have kept details of their relationship out of the spotlight for years, have yet to announce the gender or name of their child.

Her husband, whom she married during a private ceremony at the Belcourt of Newport mansion in Rhode Island in 2019, also kept a close eye on their son. In fact, each one was rolling to push the black stroller for a few times, always on the lookout for the baby.

The Oscar winner appeared in high spirits as she adjusts to her new role as a mother while spending time with her in-laws Suki Fredericks and James Maroney. Cooke’s father enthusiastically took over his grandfatherly duties as he pushed the couple’s stroller to give them a break from mommy and daddy duty.

Actress Jennifer Lawrence first sparked pregnancy rumors in early September after she was caught in New York City with a noticeable baby bump. Shortly after, a representative for Lawrence confirmed that she was expecting her first child. Sources close to the actress revealed to People that she has wanted to start a family for a long time and she finally found the right partner to have children with.

Jennifer and Cooke, a 37-year-old art gallery director, married on October 19, 2019 in front of her friends Adele, Cameron Diaz and Emma Stone. Her wedding had 150 guests, including Kris Jenner and her boyfriend Corey Gamble, Amy Schumer, Emma Stone and Ashley Olsen.

The actress was first linked to Cooke after mutual friend Laura Simpson introduced them in the spring of 2018, and in February 2019, the blonde beauty was spotted wearing an engagement ring. Before getting married, Lawrence was romantically linked to actor Nicholas Hoult, Chris Martin, and Darren Aronofsky.