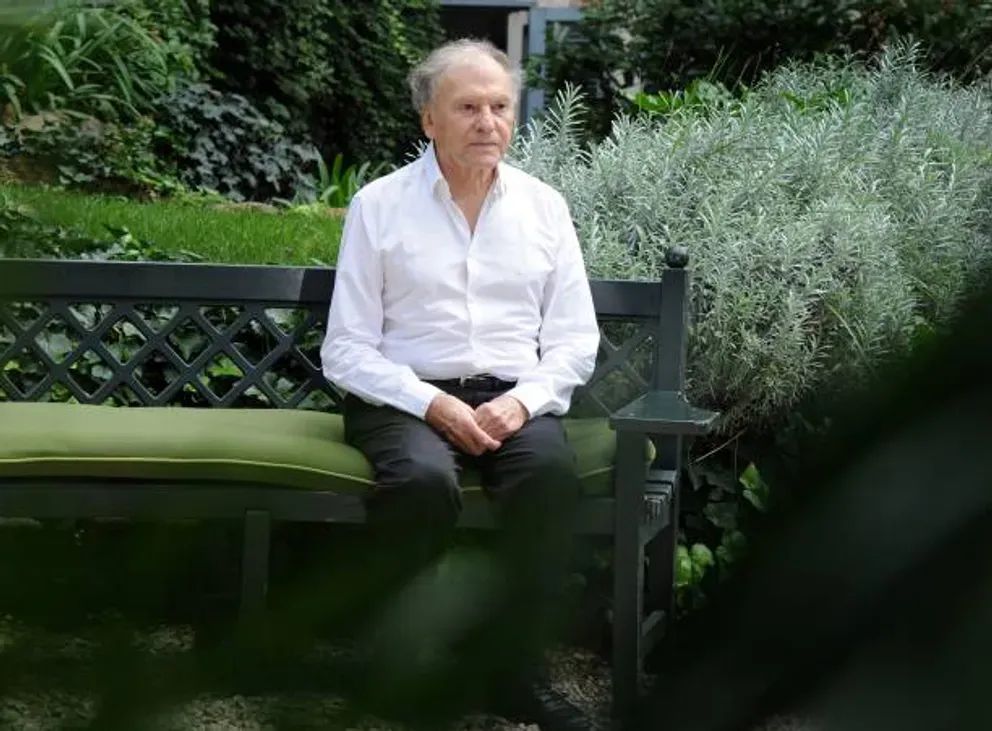 Jean-Louis Trintignant lost his “best friend”, Marie, the woman he loved the most in the world and never recovered. He then took his grief and guilt to his grave.

During the filming of “And God… created woman”, Jean-Louis Trintignant fell in love with his on-screen partner. The pretty actress is none other than Brigitte Bardot, then married to Roger Vadim who chose her for the role. Following this affair, BB and Roger divorced. But in 1957, the story between the two actors ended.

Then, the rally driver, who was bound by a great love passion, married the director, Nadine Marquand, in 1961. She gave him three beautiful children, including Marie, Pauline and Vincent. Unfortunately, only Vincent Trintignant-Corneau was able to attend his father’s funeral, knowing that he had already lost his two sisters.

THE DISAPPEARANCE OF MARIE TRINTIGNANT

Jean-Louis and Marie Trintignant were the most accomplices in the world. One for the other, the father as the daughter experienced a vehement love.

In addition to the blood tie, the two actors also shared the filming and theater scenes. Moreover, they once shared a touching moment on stage by reading a few verses by the poet Apollinaire, of which here is an extract :

“My adored little Lou/I would like to die one day that you love me (…)/I would like you to be at night to love us in the darkness.”

Marie Trintignant during the shooting of the movie “Betty” on November 20, 1991, France. | Photo: Getty Images

A tender moment they spent together in the spring of 2003, shortly before the disappearance of the one who said in the columns of the newspaper Le Monde:

“These love poems are among the most beautiful ever written. There is death, very close, and this dazzling story that begins in exaltation and happiness and sinks, very quickly, into the abyss of despair.

Unfortunately, three months after this statement by Marie Trintignant, she passed away. It was the fatal blow for the great French actor, who found :

The father of the family never recovered from this second disappearance. Indeed, before Marie, Jean-Louis had already experienced the death of his other daughter, Pauline.

Marie’s little sister was just a baby when she suffered a sudden death. Growing up, the eldest of the legendary actor then got closer to him until he became his “best friend”.

What happened ? The father of the family has revealed the circumstances that led to the loss of the one he loved most in the world.

Read also: “I’m cold”: Jean-Louis Trintignant, “all alone”, on the origin of his infidelities despite the love for his “Nana”

A WOUND THAT NEVER HEALS

In the biography of the hero of the film “A man and a woman” released in 1966, Laurent Del Bono talks about the relationship between Jean-Louis and Marie. Interviewed by Current Woman, in June 2022, the author a book :

“Their relationship is fusional, it’s almost Oedipal. Father and daughter have a fascination for each other.”

Inseparable, Marie was the one who pushed and supported her father along his career. Moreover, after the divorce of her parents, the actress settled in the South to live near the latter.

Strongly linked to his daughter, Jean-Louis’ life was no longer the same after his disappearance. An absence that continued to eat away at him several years later.

Moreover, he is a bruised man who confided in journalist Catherine Ceylac during an interview in 2008. Feeling guilty for not having been present to protect his daughter, he said :

“That day, if I had gone to see her as planned, it would never have happened.”

That day, Marie and the singer Bertrand Cantat, her companion, had had a big argument. The man who came to blows gave him the final blow.

The 41-year-old later succumbed to her injuries in hospital. Jean-Louis Trintignant was sure she wanted to leave her husband, which led to the confrontation.

Visibly eaten away by remorse, Cantat’s imprisonment was not enough for the man who played with Romy Schneider in the film “The Train” in 1973. Indeed, ten years later, he confessed that he failed to do his mourning.

he confided during his time on the “7 p.m. on Sunday” set in 2018. Out of sadness, it was a great grief that he ended up taking to his grave.

Read also: Jean-Louis Trintignant, suffering from cancer, wants to end it: he did not come the day his last daughter was killed

Born on December 11, 1930, the interpreter of “Georges” in “Amour” in 2012, joined his deceased daughters on June 17, 2022. Knowing that he had been the victim of cancer, according to his widow, Mariane Hoepfner Trintignant, it would be age that prevailed.

“He died peacefully, of old age, this morning, at his home, in the Gard, surrounded by his loved ones.”

has she entrusts at AFP.

Even if he loved Marie so much, the father of the family did not wish to be buried with his daughter, who rests in the Père Lachaise cemetery in Paris.

In fact, the father of Vincent Trintignant never liked Paris and wanted his late daughter to be buried in Provence. But he complied with the wishes of his mother who wanted him close to her in Paris to collect himself.

“Jean-Louis Trintignant is very attached to his roots and considers himself a provincial in Paris (…). He returned there as soon as he was able and is buried a very few kilometers from where he was born (in Piolenc), like all his family over several generations”.

entrusts Laurent Del Bono, on his last will, in the biography of the former racing driver entitled “Jean-Louis Trintignant, a family story.”

If the afterlife exists, although they are not buried together, father and daughters certainly ended up there.

Follow celebrity news by subscribing to AmoMama on Google News.

Jean-Louis Trintignant’s daughter, Marie, was “the woman he loved the most”: he did not want to be buried by her side