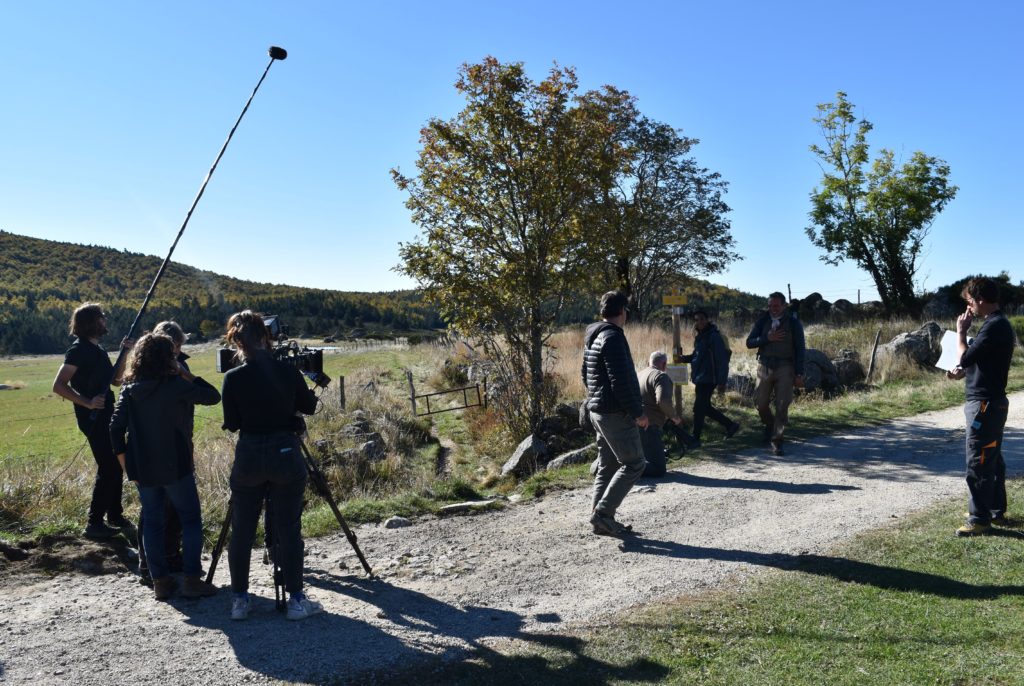 The start of filming began in mid-September. It is to last nine weeks and takes place across six regions and 17 departments, including Lozère. Many shots were shot at the Mas de la Barque in the presence of the actors Jean Dujardin and Dylan Robert, Cesar for Most Promising Actor for the film Shéhérazade in 2019. This film, directed by Denis Imbert, is a moving autobiographical adventure. Jean Dujardin embodies the main role: that of Sylvain Tesson, victim in 2014 of a fall of several meters after having climbed, drunk, the facade of a chalet in Savoy.

After several weeks of coma, as rehabilitation, Sylvain Tesson then embarked on a journey to France to reclaim his body. The traveler has set himself the objective of crossing his country on foot, avoiding as much as possible urban and peri-urban areas. He therefore chose a route which led him successively to the Cévennes, Aubrac, Massif Central, Touraine, before reaching the beaches of Normandy. This trip was an opportunity to rediscover what the author calls the black paths: paths, tracks, historical traces of rural France. These paths allowed him to recover his physical capacities as a walker, but also to enjoy, to enjoy the flow of time, silence and stillness; in short, to escape for a time from a globalized society.

Filming continued in other regions, until its final in the Cotentin in Normandy. After the eponymous book which tells this beautiful story, the film will soon be on the big screen with, no doubt, beautiful images of Lozère.

For the Departmental Council of Lozère, it is important to accompany and support this kind of cinematographic projects which contribute to the influence of the department and fit perfectly into its process of promoting the territory. With his partner Lozère Tourisme, he works throughout the year to highlight the natural resources of the territory by welcoming film shoots, journalists and influencers.

Jean Dujardin was in Lozère for the filming of a road movie, Culture – La Lozère Nouvelle (48)