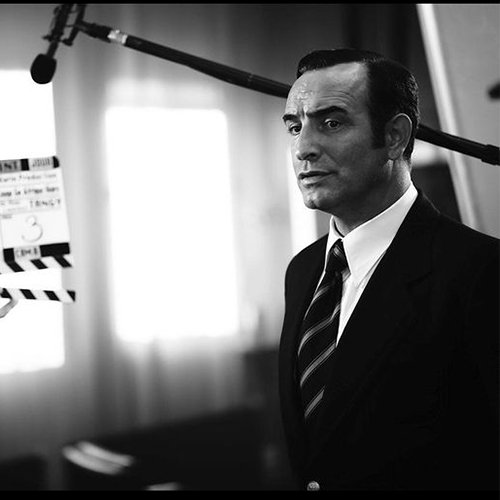 To thank the city of Braux for its welcome, Jean Dujardin sent a letter to the mayor. His kindly written dedication, however, ended up in the wrong destination.

The French actor passed this village during a shooting session for his new film. Honored with his visit, the mayor wanted to mark his stay in the town, hence the idea of ​​a signed photo. Jean Dujardin then accepted his request. The letter will reach its addressee… After a long detour!

Last September, Jean Dujardin was shooting “The Paths of Stone”, a film in which he plays alongside Izia Higelin, Anny Duperey and Jonathan Zaccaï. Taken from Sylvaines Tesson’s autobiographical work “Sur les Chemins Noirs”, this feature film tells the story of a famous explorer and writer. The author describes in particular his journey through France following his accident.

After his interpretation of Nicolas Sarkozy, in “Presidents”, he then slips in the skin of the so-called Pierre. The latter fell from a height of ten meters while climbing the facade of a house in Chamonix. He then had the trigger to travel on foot throughout France. But his stubbornness led to his recovery.

The projection of the film on the big screen will not take place before the year 2022. The team has been making trips so far as part of the shooting. The beginnings of the tour were then the opportunity for Jean Dujardin to discover places like the small village of Braux, in the Alpes-Maritimes.

At the end of his visit, the actor wanted to show a gesture of thanks to the inhabitants for their warm welcome. According to the daily Le Bien Public, he prepared a photograph on which he wrote a little note of gratitude. The dedication will then be sent through the post. But it seems that the letter did not reach the right address.

A hilarious mistake for the “false recipient”

The 49-year-old actor was indeed the wrong address when sending his missive. He indicated an exact village name, that of Braux, buta whole different town. His letter then arrived in Côte-d’Or, in the Bourgogne-Franche-Comté region on Tuesday, October 12. Ludivine Bizot, the mayor concerned by the false address was therefore surprised to discover her beautiful message.

The true destination of his letter was indeed in the department of Alpes-de-Haute-Provence. His autographed photo made a detour of nearly 550 km in Bourgogne-Franche-Comté. It was an autographed photo of the actor Jean Dujardin who thanked for being so kindly received by the inhabitants of the town ”. Such was the remark of the mayor in Le Bien Public.

The husband of Nathalie Péchalat was then pinned on the social networks of the town hall. Ludivine Bizot and the inhabitants of his commune had fun famous actor blunder. “Small anecdote of the day: when you receive a thank you and autograph from Jean Dujardin in town hall … but it is not the right Braux”. So she posted on her city’s official Facebook account.

In addition, the mayor of Braux (Côte-d’Or) did not fail to invite the actor to visit his beautiful village. Let us recall that this one had been the subject of a shooting of Louis de Funès in “Neither seen nor known”. ” You’re welcome ! Obviously the mail will be returned to its true recipient She added.

For his part, Stéphane Grac, the mayor of Braux (in the Alpes-Maritimes) said: “That adds a little to this story”. He was delighted with the passage of the Oscar winner in his town. The latter had posed in photo with many admirers. “It was a big spotlight that warmed our hearts,” he appreciated.

The true recipient of the mail took note of the circumstances and asked to recover the dedication which was intended for him. The mayor had no objection to send the letter back to the village of Braux the next day. She nevertheless captured the photograph to make it a keepsake of the funny little anecdote.