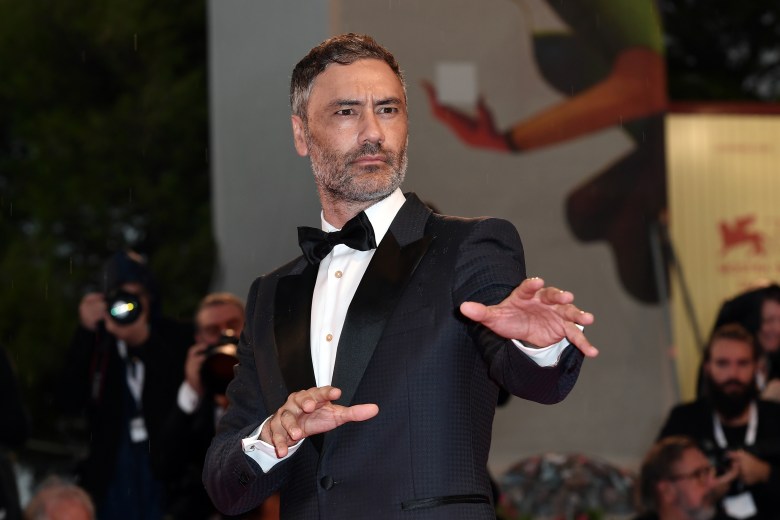 Bad news for those people who believed that Jane Foster, the character played by Natalie Portman, would keep the title of mighty thor after the events of Thor: Love and Thunder. The revelation comes from Taika Waititidirector and screenwriter of the series, who in an interview has spoken of the character’s future after the film.

In an interview done in TotalFilm, Waititi talks about bringing Jane Foster, Natalie Portman’s character, back to the Marvel Cinematic Universe and turning her into a superhero. “Now that Thor uses the Stormbreakerit’s fun to give the hammer to someone else […] It is no longer his tool, the idea is that someone else takes his place,” he said.

But that doesn’t necessarily mean that Jane Foster — as Mighty Thor — is the new Thor in the Marvel Cinematic Universe. In the comics, although she takes her place for a time, she ends up becoming a Valkyrie. And while the director has mentioned that the character’s backstory will closely resemble the source material, it’s unknown how much she will be adapted for. Thor: Love and Thunder.

What we do know from the movie is that Jane Foster has in her possession a Mjolnir that has been reforged using the pieces of the hammer destroyed during Thor: Ragnarok. He also has new powers.

Jane Foster would stop being Mighty Thor after ‘Thor: Love and Thunder’

But even with the powers granted by the reforged Mjolnir, even being Mighty Thor during the film, in the same interview Taika Waititi has said that he will not necessarily keep his powers as a superhero or at least his position as Mighty Thor at the end. Thor: Love and Thunder.

“I think a lot of people assume that this is a crossover from the character of Chris Hemsworth (Thor) to that of Natalie Portman (Jane Foster). But it is not necessarily the case. I am not aware of Marvel/Disney’s future plans, but I doubt that will be the case,” she explained.

We know that Hemsworth cannot be Thor all his life and that at some point the character will be retired, as happened with Robert Downey Jr. (Tony Stark/Iron Man) or Chris Evans (Steve Rogers/Captain America). But it looks like plans aren’t going Natalie Portman’s way.

Or maybe, as on many other occasions, in many other interviews with directors, writers, producers and executives of Marvel Studios, it is just a way to avoid answering the question so as not to ruin the future plans of the franchise. Or even make spoilers of the end of Thor: Love and Thunder.

Thor: Love and Thunder occurs after the events of Thor: Ragnarök in which Asgard is destroyed. Then, the Grandmaster’s ship with all the planet’s survivors, on its way to Earth, is boarded by Thanos, killing half of the occupants. After the end of Avengers: EndgameThor seems to be searching for his inner peace, meeting a new villain, Gorr, and reuniting with Jane Foster, who now has Mjolnir in her hands.

Jane Foster (Natalie Portman) will not be the new Thor after ‘Thor: Love and Thunder’