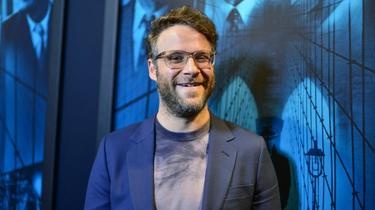 Four months after reaching an agreement with the two students who accused him of “inappropriate sexual conduct”, resulting in the dropping of the charges, James Franco has just seen the financial details of this agreement revealed by the court.

The documents concerning the amount of the agreement were made public on Wednesday, June 30, and reveal that James Franco, his production company Rabbit Bandini Productions, or the film school he founded, Studio 4 (which has closed since, editor’s note), have planned to spend 2,235,000 dollars (nearly 1.9 million euros) to obtain the abandonment of the proceedings. This agreement must still be validated by a judge, specifies the American site TMZ.

If justice decides to give the green light, the two students – Sarah Tither-Kaplan and Toni Gaal – will respectively receive the sums of 670,500 dollars (565,612 euros) and 223,500 dollars (188,537 euros). Part of which will be donated to cover the costs of their lawyers. The other students concerned by the complaint will share the sum of 1,341,000 dollars (1.13 million euros). Again, with a part intended to compensate their lawyers.

A network of submissive young women

It was in 2019 that Sarah Tither-Kaplan and Toni Gaal, two former students of James Franco’s theater school, Studio 4, located in Los Angeles, filed a complaint against the actor, accusing him of intimidation and inappropriate sexual conduct. According to their accounts, James Franco pressured them and other students to undress during auditions, and to have them acted out “orgy-type” scenes that were being filmed.

He was also accused of removing plastic vaginal protectors during the filming of simulated oral sex scenes, and banning the wearing of the bra. According to an article in New York Times dating from last February, the plaintiffs incriminated the actor for having “created a network of young women subjected to his personal and professional sexual exploitation”.

Note that James Franco has always rejected these accusations, and that his lawyers had qualified the statements of the plaintiffs as “false and inflammatory, without legal background and pushed within the framework of a class action (class action, editor’s note) in order to obvious to attract as much publicity as possible to complainants who are hungry for attention ”.