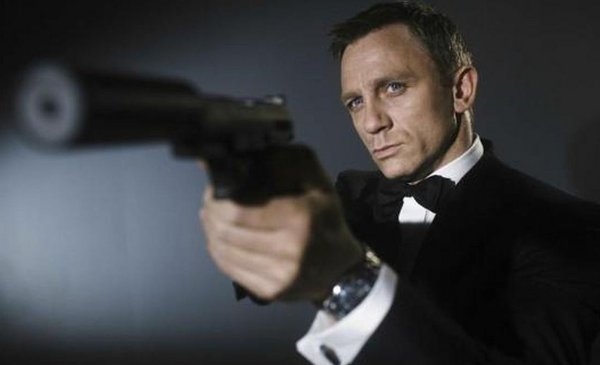 After several delays due to the pandemic, it was released in October 2021 No time to die last film with Daniel Craig as James Bond. It is not yet known who will replace the actor, but lThe producers of the saga confirmed that Idris Elba is one of the candidates to be the next 007.

Elba’s name has been sounding for years as a possible successor to Craig. In an interview with the podcast Crew Call producer Barbara Broccoli assured that it is a possibility. “Well, we know Idris, we’re friends with him, and he’s a wonderful actor. And, you know, he’s been at the forefront of the debate, but it’s always hard to have a debate on that when you have someone holding the position. We have decided that until no time to die is not finished, we are not going to think or talk about another person,” he said.

Elba already spoke about it in 2019. “James Bond is a very coveted, iconic and beloved character. Of course, if someone said to me ‘do you want to play James Bond?’ I would say yes. But it is not something that I have expressed, I have not said ‘I want to be the black James Bond,'” he told Vanity Fair. Two years later, it seems that the interpreter had discarded the project. “I’m not going to be the next James Bond,” he told ITV London in October 2021.

In addition to Elba, other names that sounded for the role are those of Tom Hiddleston, Regé-Jean Page, Tom Hardy or James Norton. Even Tom Holland claimed to be interested in the role. In an interview with GQ, the actor of Spider-Man: No Way Home (Spider-Man: Sin camino a casa) Jacob Batalon said of his partner: “He talks a lot about being James Bond… A lot, a lot.” He also applied for the role of Henry Cavill current Superman and protagonist of the series of The Witcher (Netflix), who assured that he would be delighted to embody the spy.

Controversial statement by Daniel Craig on James Bond: “Why should an actress play 007?”

During the promotional campaign for his latest movie as James Bond, Daniel Craig rejected that his successor in the role of the emblematic British spy is a woman. “Why should an actress play 007 when she should have an equally good role created for her?”

Craig believes that Hollywood should create better female characters and also ones for non-Caucasian people. “The answer is very simple. There should be better roles for women and for non-Caucasian actors. Why can’t they have characters that are just as good as Bond and that are made for them?“, declared in an interview for Radio Times.

The actor highlights so it is the film industry that must bet on creating new sagas and franchises conceived from the beginning to be led by non-Caucasian actresses or actors. In a very similar line is the producer of the saga, Barbara Broccoli, who has already pointed out that 007 will always be a male character.

James Bond: the producers revealed who could succeed Daniel Craig as the new 007