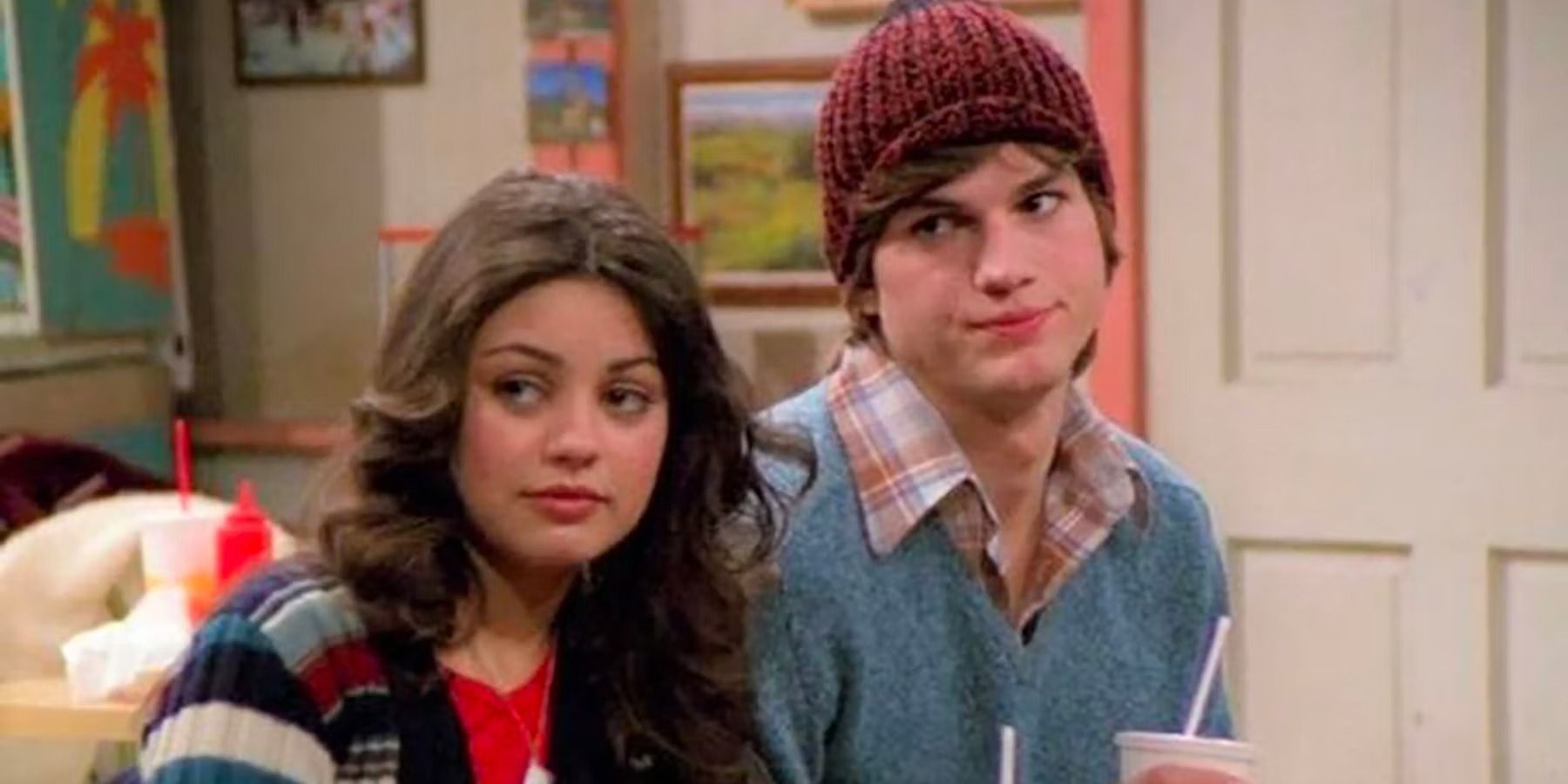 Mila Kunis, who will return for That ’90s Show as Jackie Burkhart, casts a playful shadow over her character’s history with Ashton Kutcher’s Kelso.

Mila Kunis argues Jackie Burkhart shouldn’t be with Michael Kelso, playfully questioning her storyline on That ’90s Show. The next That ’70s Show spin-off will debut in the summer of 1995 and will focus on Leia Forman (played by Callie Haverda) as she spends the summer with her grandparents – Debra Jo Rupp and Kurtwood Smith returning to their respective roles as Kitty and Red Forman – in Wisconsin. Set more than 15 years after the events of That ’70s Show, the 1990s sequel will also see several familiar faces reprise their roles.

Kunis recently spoke about what viewers should expect from That ’90s Show when it debuts on Netflix, saying those who enjoyed the original will especially appreciate the series’ inciting incident. Still, she had a few jokes about her character’s daughter’s sense of age. Now, Kunis has shared some of her other thoughts on Jackie’s story.

While promoting her upcoming film The Luckyest Girl Alive in an interview with Access Hollywood, Kunis opened up about why she thinks Jackie shouldn’t be with Kelso on That ’90s Show. Even though Kunis is married to Ashton Kutcher, who plays Kelso, and even though the two characters have a long romantic history, Kunis relied on the ending of That ’70s Show as proof that they shouldn’t be together in the spin-off. . Check out Kunis’ quote, via The AV Club, below.

My [real-life] husband [Kutcher] and I’m in it together, which is weird because we shouldn’t have been. You know what, I called BS. I was like, ‘My character would be with Fez.’ I think I ended up with Wilmer’s character. And I was like, ‘Why are you and I together?’ And also, he got married in the late ’70s to Shannon Elizabeth’s character, I think. And now we’re like, 20 years – no, 16 years later, whatever, and now we’re married with a kid. And I was like, ‘I don’t know about this one.’

Why Kelso and Jackie are together in this 90s show

Kunis correctly notes that Fez and Jackie are a couple at the end of That ’70s Show. In Kelso’s case, it is hinted that he is getting back together with Brooke since she is his daughter’s mother. It seems like the 90s show either removes that or downplays it, depending on what Kunis shares. One possible reason is convenience. Topher Grace, who plays Eric Forman, previously said he was only in one episode of the new series despite being Leia’s father. If other returning actors also only appear relatively briefly, the writers may have felt it was easier to use the limited screen time to star in the real-life relationship that developed between Kutcher and Kunis in the years after That ’70s Show ended. .

Another thing to consider is that some viewers felt that the Fez and Jackie dynamic worked best with them as friends, considering how he pined for her despite her generally showing no interest. . Away from those specific relationship issues, Kunis’ teasing remarks address the difficulty of spin-off sequels like That ’90s Show. It can be incredibly inorganic to bring back almost all the same characters in a satisfying way. But hopefully, despite some stumbles and potential changes, the 1990s follow-up can make it work.

Jackie and Kelso Shouldn’t Be Together on This ’90s Show, Says Mila Kunis | Pretty Reel