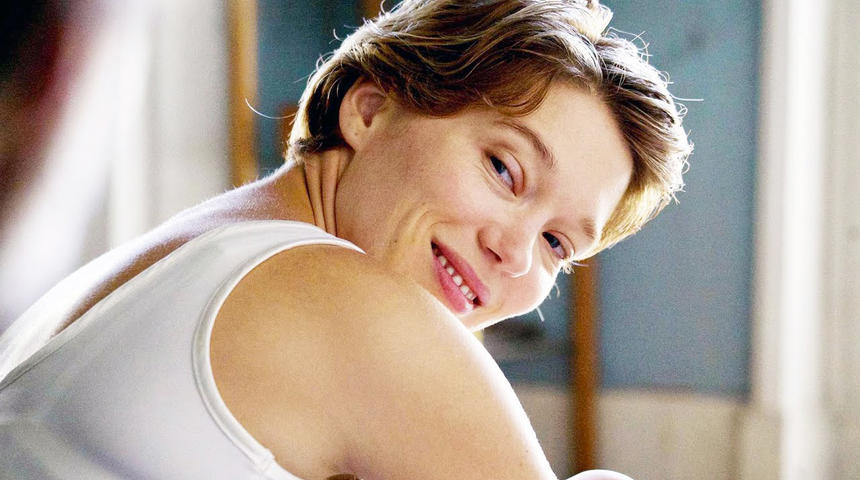 ” For me, cinema is a belief. It’s also a way of questioning the world, of creating beauty. »

A scene from the movie Deception – Axia Films

The career of Léa Seydoux is impressive. The one we saw in Just the end of the world of Xavier Dolan already shot with the greatest filmmakers of yesterday (Ridley Scott, Woody Allen) and today (Yorgos Lanthimos, Abdellatif Kechiche). Only in the last year she appeared in the credits of Crimes of the Future by David Cronenberg The French Dispatch by Wes Anderson and France by Bruno Dumont, in addition to again embodying the lover of James Bond in No Time to Die.

She reconnects with the filmmaker Arnaud Desplechin (Sibling) Few years later Roubaix, a light for Deception, a dazzling adaptation of the novel by Philip Roth. The actress slips into the skin of an elusive woman, a true muse of a novelist (Denis Podalydes) who seems to have difficulty separating fiction from reality.

Cinoche.com was able to speak with the actress as part of the Unifrance French Cinema Meetings…

What does it mean to shoot with Arnaud Desplechin?

It’s very pleasant to work with him. Arnaud is someone who has quite an incredible vitality. He manages to transmit his energy. There’s something about his sets where it’s always very exciting. I have the impression that Arnaud is someone who multiplies my imagination tenfold. He inspires me enormously. It’s as if he opened doors… I think he’s one of the greatest actors’ directors in France. Because he has a way of giving dimension and complexity to all feelings. He could ask me anything and I would.

He is an extremely literary filmmaker. The text is very written at home. What was your leeway? I imagine there was no room for improvisation.

I can’t say that I’m an actress who is particularly comfortable with improvisation. Besides, what I like is when it’s devoid of words. I rather have a specialty to play when there is no dialogue. There, the constraint was that, indeed, it was quite talkative. But the text was so beautiful that it was not a problem. It’s quite strange, because when I was a child, I was not a young girl who was especially comfortable with her schooling. It’s as if I had understood literature through Arnaud. This report is very moving for me.

Arnaud, however, said in an interview that you improvise. You arrive on set and you never know what’s going on…

It’s not improvisation in the dialogues. It’s more a way of playing and he doesn’t know what I’m going to do. In a way, the dialogues, we can play them in all possible and unimaginable ways. But with Arnaud, I never know how I’m going to play things. Especially when it’s complicated scenes.

I always thought that eros was the desire and source of creation. Maybe that’s what I meant about Arnaud. He stimulates his actors enormously and he arouses in me the desire to embody the character, to be at his service.

It’s true that there was someone who had seen the film and told me that it was as if I was experiencing something very intimate in the film, something that belonged to me. I like it when the actors are engaged, when they deliver their soul. For that to be true, you have to talk about yourself in a certain way. As I always feel that the directors speak for themselves through the characters. We deliver things that are very personal.

What is your conception of cinema?

For me, cinema is a belief. It’s also a way of questioning the world, of creating beauty. It matters, because the beauty that we can create with cinema is something necessary for existence.