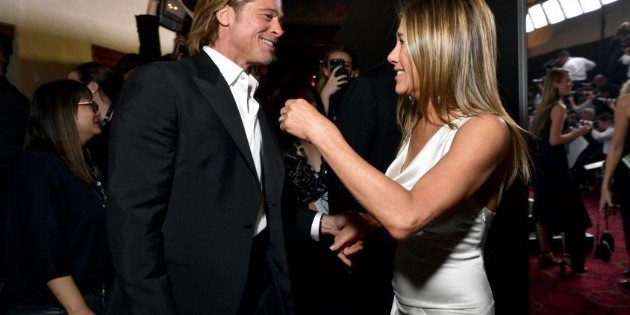 Millions of television comedy fans were happy to think that reality had surpassed fiction: Aniston and Schwimmer, couples on the series ‘Friends’ with their characters Rachel and Ross, were fulfilling their devotee’s wish off-camera. audience.

Everything exploded by the reunion that the protagonists had in an HBO Max special and by an article in the magazine ‘Closer’, which hinted at romance. But the protagonists of the gossip issued a statement denying that they have a relationship or that they are dating. The news, however, activated the history of romances and loves that Jennifer Aniston has had throughout her career in television and film.

In addition to Brad Pitt, with whom many insist there is a lot of chemistry beating today, Aniston has gone from very solid and lasting relationships to short or very mediatic romances.

The actress spent two and a half years with actor Justin Theroux, after seven years of dating and a relationship that in Hollywood marked a new cycle for her, after her divorce from Pitt in 2005, who left her for Angelina Jolie. But Aniston said goodbye to Theroux in 2018.

It is also remembered when the protagonist of ‘Friends’ fell in love with the singer John Mayer, with whom she dated between 2008 and 2009, but the feelings of love were extinguished, presumably, for the 8 years that Aniston took Mayer, who had just turned 32.

It should be said that it is not the first time that the interpreter has been related to a co-worker. In 1990 she dated Charlie Schlatter, who was the lead in the series ‘Ferris Bueller’, inspired by a famous film comedy of the same name.

She had a crush on stage actor Daniel McDonald, in a relationship that lasted five years, but ended when Aniston decided to travel to Los Angeles to further her career. Also, before she was related to David Schwimmer, Aniston was the girlfriend of Tate Donovan, who ‘acted in the 1998 season of’ Friends’.

But her one-year romance with Vince Vaughn, the actor who accompanied her in the romantic comedy ‘The Break-Up’ (2006), was famous. They started dating, but – according to Vaughn – media harassment fractured the relationship.

For now Jennifer Aniston has calmed those who want to see her in love again. The David Schwimmer thing is part of a media habit of connecting her with other celebrities and betting on potential romances with actors like Gerald Butler, Bradley Cooper or Jason Sudeikis, to name a few, but she is focused on her new movie The Fixer ‘, which is in pre-production.