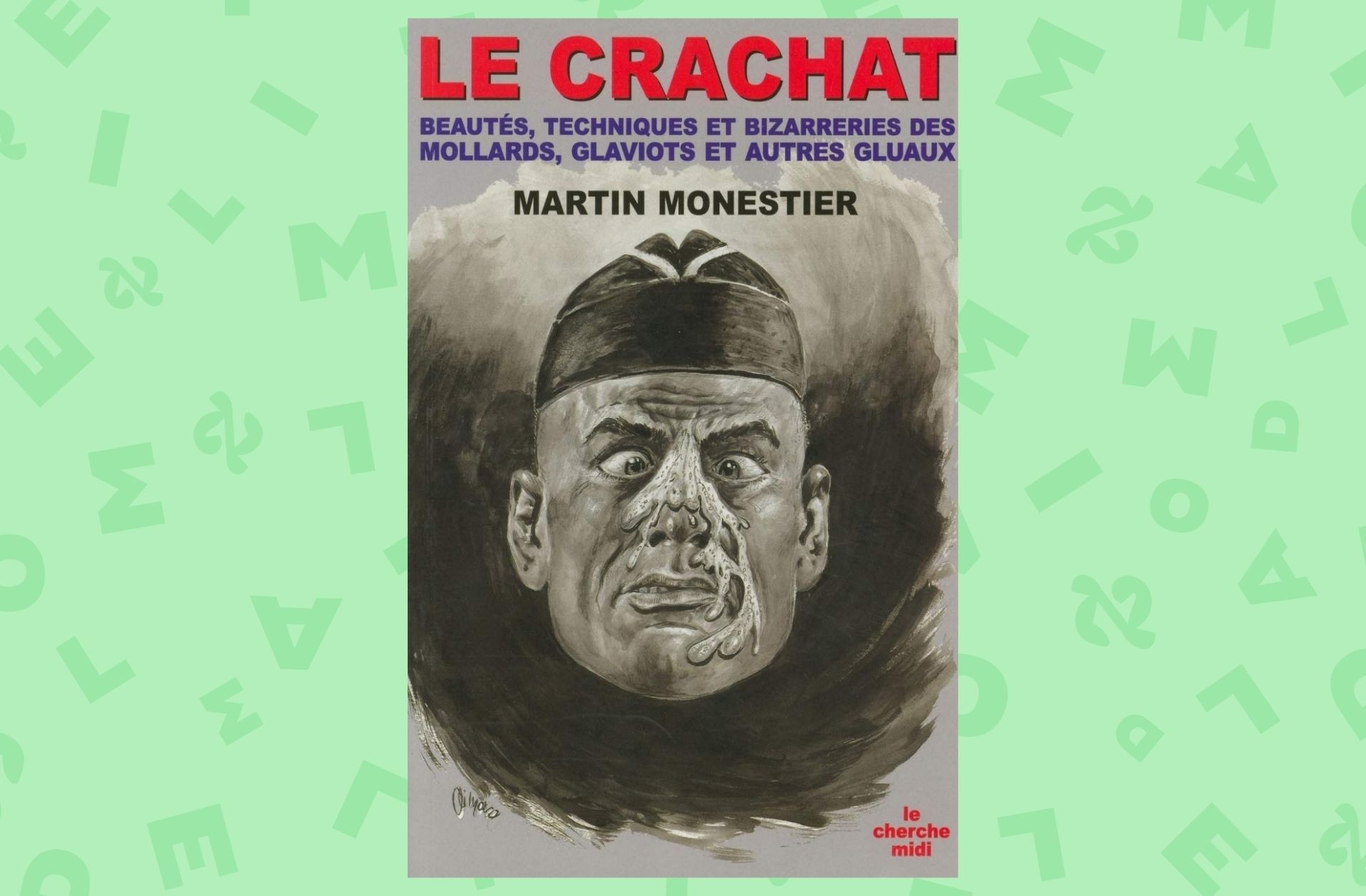 On TikTok, where videos about kinks are completely uninhibited, many young people are coming to terms with their love of spitting. In Esquire magazine, Oscar Isaac spitting flatters the social media spit kink. So could this be the moment of glory for mucus?

At the beginning of March 2022, I finally register on TikTok. After a few days of use, the algorithm offers me quite a bit of fashion content, but a lot of videos of people cooking and/or tasting food while getting dirty everywhere.

But if his TikTok videos attract more than 2 million subscribers and 51 million likes, it is probably also because he found an unexpected process bringing people who stumble upon his videos by chance or not to watch a few seconds longer than average in order to be favored by the algorithm: he spits, for no reason, in his preparations.

Yes, a little molard, without warning, arouses a form of amazement, even excitementwhich leads people behind their phones to stare at their screen a little longer than necessary – and therefore the TikTok algorithm to offer more and more people the video in question.

Suddenly, Cedrik Lorenzen has made it his trademark, spitting on each of his recipes, making naughty puns in the caption. And in the comments, even in video editing, many people – including an apparent majority of women – tell him that they find him sexy, but also and above all that they would be… delighted if he spit on them.

In this case, it mixes sitophilia (which refers to sexual arousal through food), sploshing (which means a kinky for wet, slimy, slimy, and messy splashes), and spit fetishism.

Can the spitting kink go from historical niche to mainstream?

It is always complicated to seek to understand the origin of a fetishism, but the most curious people will be able to read the work Le Crachat: Beauties, techniques and quirks of mollards, glaviots and other slimes by Martin Monestier who studies there many traditions and beliefs around mucus.

The author dates back at least to the 1st century AD, when Europeans spat on their babies to protect them from the evil eye. Among some Maasai (in East Africa), spitting on his beloved would even be a compliment, an act of benevolence and affection.

Contrary to what one would quickly think, the act of spitting on someone is therefore not necessarily intended to humiliate others — even if it can actually be part of a sado-masochistic relationship.

The ambivalence of spitting, between desire for fusion and domination

It is this disorder that also seems to have been provoked by a recent snapshot of actor Oscar Isaac for the mainstream men’s magazine Esquire of April 2022: the sex symbol briskly spits a sip of liquid into the air, for no apparent reason.

Many people have shared the photo on social networks, with great reinforcements of gritty legends expressing more or less poetically that they dream of collecting from their mouths the precious nectar of Oscar Isaac. To submit to it and/or as an act of devotion, of love, of fusion.

Besides TikTok, it is therefore a fashion magazine that successfully plays with the kink of spitting. And he’s not the only one: Robert Pattinson was also photographed in full spit by the great Ellen Von Unwerth for the issue of Wonderland Magazine released in March 2022.

Is this niche fetishism on the way to passing from the shadow of the bedroom to the light of the mainstream ?

So, of course, you can fantasize on the Internet about almost everyone and almost anything, without necessarily wanting to indulge in such a practice in real life. But this relative breakthrough of spitting in pop culture raises questions.

The pandemic drags on — and has contributed to a rise in hygienism, making noses, mouths, mucus and saliva agents of the big bad Covid… this may have played into eroticization too oral fluids, suddenly surrounded by an aura of prohibition, the best desire enhancer.

“Something quite animal, voracious, uninhibited”

For Jeanne, a 27-year-old actress in the Bouches-du-Rhône, the taste for spitting did not wait for TikTok, Oscar Isaac and Robert Pattinson. She testified to miss :

“It’s something I’ve known for about ten years, since I started having sexual activity with other people.

I discovered this kink at 17, in the movie Ken Park by Larry Clark: a young woman ties her boyfriend to the headboard of a bed, before slowly spitting in his mouth. I found this scene fascinating. I had then considered it as a possible practice, I identified it as a full-fledged kink later, over discussions with friends and on forums. »

Who says kink also says: small preliminary discussion in order to ensure the consent of all the parties involved, continues Jeanne.

“I think I started practicing it in 2012, during a pretty intense one-night stand, and it’s a practice that has come back according to the people I used to hang out with. It happened because of a verbal request, mostly from me, and because I felt some kind of energy from the other. Something quite animal, voracious, uninhibited and which makes you feel at ease, that you are not or at least less afraid of being judged.

There can be a moment of trepidation before asking someone to spit in their mouth or on their body, but usually that moment is either quickly over or I don’t make the request because I don’t feel it.” the mood” — the other person seems more reserved or conventional to me? I tell myself that now is not the time, that it probably never will be, and too bad.

I don’t really have a problem talking about it around me, whether in a close circle or with strangers. I am comfortable with my sexuality, past and present, and do not have a reserved nature.

However, when I perceive that the people with whom I speak tend to make rather harsh or mocking judgments of the practices of others, I keep my mouth shut. Not out of shame, but because I don’t want to waste my time brushing up on people I don’t consider interesting.

Today, I practice it quite regularly. I am currently in an exclusive relationship and it is a practice appreciated as much by my partner as by me. »

“It’s a lot more common than people let on”

If content easily accessible by the general public such as TikTok videos or series such as Sex Education seem to contribute to unblocking speech around the diversity of sexualities, Jeanne rather has the impression that it’s less a kink that is becoming popular than the affair of adults who stop being hypocritical around their practices. :

However, I noticed that I hear more often “Ah me, I tried it, it’s cool” from relatives, when I approach this kink in the evening, for example. »

The young woman also notes that social media may play a role in lessening the taboo around spit fetishism.

“I actually have the impression of seeing this practice more and more often mentioned, whether under cover of humor or seriously. As if finally, the spit kink had entered the “pop culture” of the kink. As if we admitted openly enough that it was a widespread practice – or, in any case, enough to no longer be seen as marginal. »

For Valentin, a 29-year-old web editor in the Paris region, the spit kink appeared in his life by breaking and entering, before he realized that it was much less niche than he thought:

“I discovered this on the job, almost ten years ago, when a guy I caught in the evening spat in my mouth without warning. At the time it surprised me and felt inappropriate, I had no idea it was a common kink.

I didn’t think about it again until two years ago: I met a guy with whom I had a lot of fun doing it. Since then, it has become something that I like to do often. By talking about it around me, I discovered that lots of people were into it too, including lots of straight girlfriends! »

Since getting into it, Valentin feels that spitting fetishism turns out to be a lot less taboo than some of his other kinks:

“I don’t really feel ashamed about it. I talk about it quite freely. I feel like it’s pretty acceptable compared to some of my other kinks.

I do notice a change though: when i talked about my first spat ten years ago, people were offended and disgusted. Today, it would seem almost normal. I don’t know if it’s because we’ve matured, that we’re more open and advanced in our sexualities or if it’s because it’s become more democratic…”

One thing is certain: there is no harm in making good between consenting adults, so if the jet of saliva turns you on, and you think your partner might like it, you can talk to him about it at the appropriate time. . Without putting the glaviot under his throat, of course!

Why do guys dare to wear skirts on the red carpet, but not (yet?) in real life