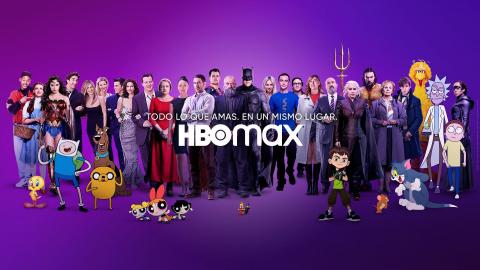 A few months ago we told you that Will Smith and Michael B. Jordan will star in the sequel to I Am Legend, the film starring Smith in 2007 and based on the novel by Richard Matheson.

I am legend transports us to New York in a world that has suffered an apocalypse after a pandemic that has affected a large part of the population, turning them into aggressive infected, although sensitive to sunlight.

Though Will Smith is not going through his best moment after his clash with Chris Rock at the Oscars, his presence in the sequel to I am a legend can help avoid a “curse” that weighs on the continuations of films that have not featured him, as stated ScreenRant.

Will Smith is one of the most popular actors active today, even after that notorious altercation. His career has left several cases of sagas that, having started with his presence, decided not to have him, or could not, in a continuation.

A clear example is Independence Day: Counterattack: despite having its audience, the 2016 film was far from the numbers that the first installment managed.

Another similar case was Men in Black: International, the first film in the franchise that did not feature Agent J. The presence of Chris Hemsworth and Tessa Thompson failed to captivate the public.

On the contrary, Bad Boys for Life did not make the mistake and reunited Will Smith with Martin Lawrence. Despite the fact that the sequel to Bad Cops was affected by the early stages of the coronavirus pandemic, it was the highest grossing film of 2020 in the United States.

Naturally, you have to take into account the setback that Will Smith’s career has suffered. Despite having won the Oscar for The Williams Method, he remains to see how the whole situation affects his career in front of the public before a big premiere.