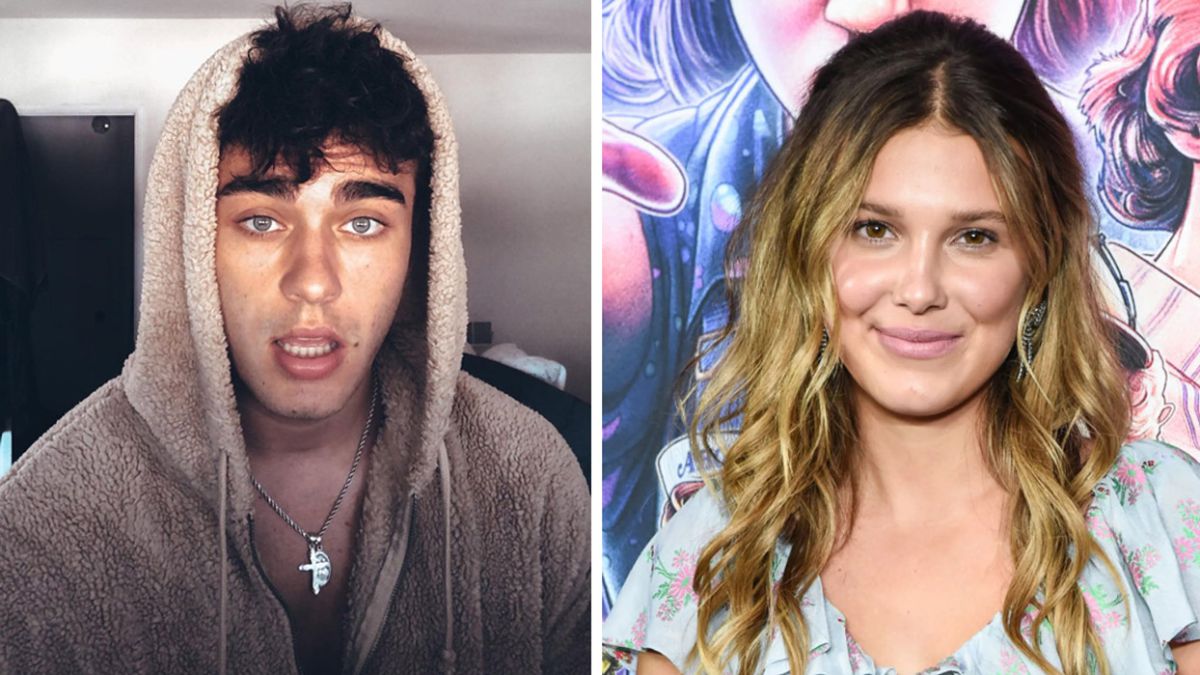 20-year-old TikTok star Hunter Echo is charged with grooming by various users on social networks after this make lewd comments about Millie Bobby Brown, whom he allegedly began dating when she was 16 years old.

The grooming It occurs when an adult comes into contact with a minor in order to gradually gain his trust and then involve him in some sexual activity. Hunter is accused of this action, since when the alleged relationship with Millie occurred, she was 16 and he was 20. The age of consent in California, where he is believed to live, is 18 years.

The controversy began on Monday – July 13 – after Hunter Echo, whose legal name is Hunter Ecimovic, conducted a Instagram Live in which he spoke of his alleged relationship with the protagonist of Stranger Things. Hunter claimed that he was romantically involved with the teenage actress, but insisted that she was the one who started the romance. In addition, he clarified that his parents never opposed the relationship.

Also in the live, Hunter made a series of comments of a sexual nature about the British actress and their alleged relationship, to which one user commented: “Imagine being an adult and dating a child. A groomer“to which Hunter allegedly replied:” Yes, no, I prepared it “, referring to the fact that he” prepared “it (groomed) to later establish a sexual bond.

What has Millie Bobby Brown said about it?

Millie’s representatives told TMZ what Hunter is not only dishonest about what happened to Millie, but he is also “irresponsible, offensive, and hateful.”

The representatives of the star of Stranger Things They didn’t specifically say why they claim he’s being dishonest, but they did they noted that they are “taking steps to make sure I stop this behavior once and for all.”

For its part, Hunter has said that he has nothing to apologize for. In addition, given rumors of a lawsuit, he claimed that Brown’s parents approved of the alleged relationship. “I was living in Millie’s house for eight months. How the hell is that a lawsuit. I thought her mom and dad knew everything,” she said.