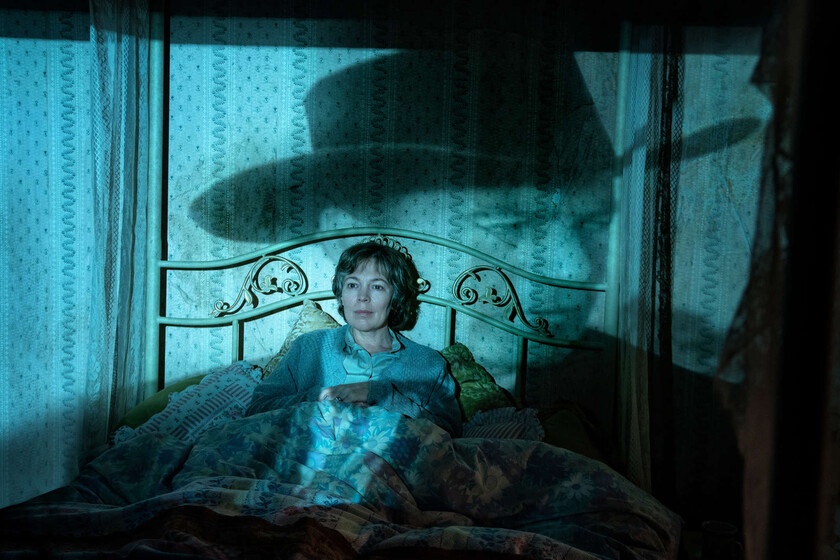 We are reaching a point in fiction where series based on true crimes have to find their place, stand out in some way. This is the case of ‘How to get into a garden (Landscapers)’, the British miniseries co-produced between Sky and HBO Max and that tells, in a rather peculiar way, its rugged case.

The synopsis is simple: the somewhat bland life of the Edwards couple (played by Olivia Colman and David Thewlis) is interrupted when two corpses appear in their garden. From here we have the investigation of what really happened, adorned by Susan’s rich (movie) imagination, the wife who takes refuge in her passion for cinema and memorabilia.

Going into what Will Sharpe as a director and Ed Sinclair as a screenwriter propose is like getting into not knowing anything and suddenly in the red room from ‘Twin Peaks’ (only without the genius of David Lynch). You know that hidden there is the truth of what we are being told, but the enigmatic and confusing tone prevails.

A game between reality and imagination

The problem is that the narrative game rashomoniano, from the unreliable narrator to whom we are already accustomed, It is presented in a way that entangles the series more than necessary. In this regard, there is a lack of fluidity, especially in the presentation, in such a way that fiction does not feel comfortable.

In the way of presenting, on the one hand, there is a certain influence of ‘Fargo‘. Conversely, yes. Since, if the Coen and Hawley saga shows us a fictitious case as real, ‘Landscapers’ shows a real case as fictitious (fantasy). In this way, we have a metafiction game in which, through the testimonies of Susan and Christopher, what could have happened that fateful night is reconstructed.

It is a somewhat daring narrative (certainly a rarity on television) that even decide at some point to break the fourth wall and take us between scenarios in which we see leaving one set to get into another. This, following the thread of making fantasy of a real case, is further emphasized when at the end of each episode we listen to fragments of real reports in which we see the filming set disassemble.

This is all spiced up with British (black) humor, a soundtrack and a great photograph, absorbing ourselves on that line between reality and imagination with a glimpse of Susan’s mind. Olivia Colman is absolutely brilliant in her performance, that lost look, that innocent smile of someone whose world is different from ours. It’s even gloomy.


However, one feels that the proposal relies too much on its protagonists. Colman, David Thewlis and Kate O’Flynn as detective Emma Lancin all carry a script on their shoulders that gets lost in its tricks more often than is convenient.

In short, ‘How to get into a garden (Landscapers)’ Earn points thanks to your status as an atypical and picturesque true crime positioning itself as a rather peculiar and interesting option.

‘How to get into a garden (Landscapers)’: a picturesque crime dramedy from HBO Max who trusts a brilliant Olivia Colman more