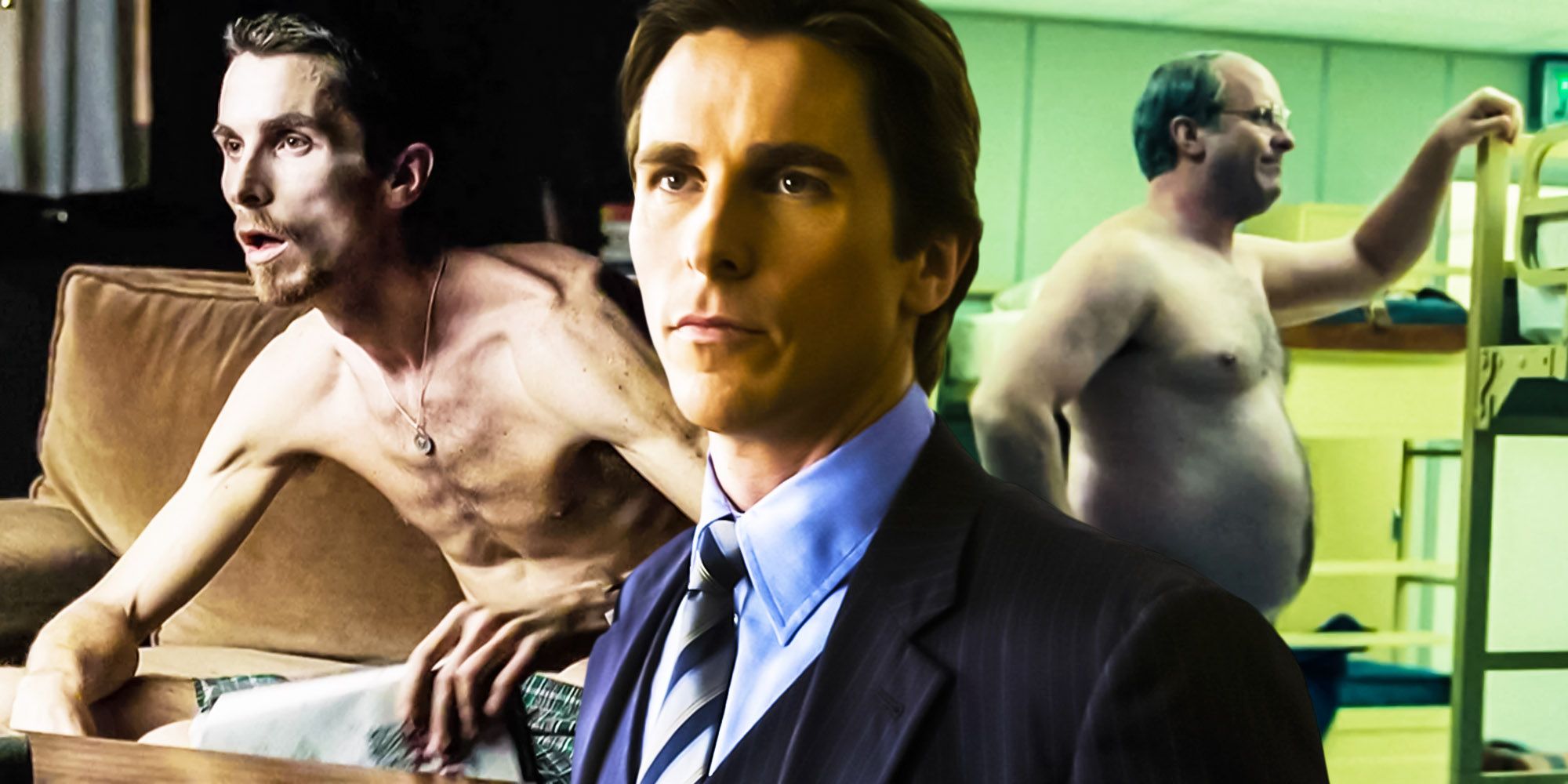 Christian Bale is known for playing a variety of roles, most of which required physical transformations he took too seriously, losing and gaining vast amounts of weight depending on the character’s needs – and here’s the famous journey of Christian Bale body transformation explained. Christian Bale made his big-screen debut in 1987 in the fantasy film Mio in the Distant Land, although his name became household names when he played Jim Graham in Steven Spielberg’s Empire of the Sun at the age of 13. .

Bale went on to appear in a number of films thereafter, including Gillian Armstrong’s version of Little Women in 1994, but the role that really put him on the map was as Patrick Bateman in American Psycho. This character was also the start of a career full of physical transformations centered around losing and gaining weight – sometimes it’s all muscle gain to play a certain superhero, others it’s a loss. of drastic weight that could have endangered his life.

Christian Bale’s signature body transformation gallery is proof of his dedication to acting, which only adds to his reputation as an intense method actor. Metafix have taken on the difficult task of tallying up the total weight gained and lost by Bale throughout his career, and the result is as impressive (and honestly, a bit alarming too) as one would expect.

Every time Christian Bale gained and lost weight for movies

Metafix begins with Bale’s weight when he played Laurie in Little Women, who weighed in at 180 pounds. When it was time to play Patrick Bateman, Bale bulked up and his weight jumped to 190. Christian Bale’s first drastic body transformation came in 2004 with The Machinist, where he dropped to 120 pounds – and When filming ended, he only had six months to regain enough mass to play Batman in Batman Begins. Bale moved up to 220lbs but dropped to 190 to match the look the studio was going for. Next is Werner Herzog’s Rescue Dawn, for which he lost weight again, dropping to 135 pounds.

Soon after, Bale teamed up with Christopher Nolan again for The Prestige, dropping back to 180lbs and gaining 10 more for The Dark Knight. For his role as John Connor in Terminator Salvation, he dropped to 175 pounds and lost even more for The Fighter, ending up at 145 pounds. He returned to his Batman weight of 190 for The Dark Knight Rises and dropped five pounds for Out of the Furnace. Another big transformation came in American Hustle, where he hit 228-230 pounds. Ridley Scott’s Exodus: Gods and Kings required weight loss, dropping back down to 190 pounds. The hostiles saw a slight loss of five pounds, then Adam McKay’s vice happened, for which he gained a lot of weight, going up to between 225 and 228. Finally, Bale lost all that weight and slightly more for Ford v Ferrari, landing at 155 pounds.

Most of these are rough numbers, as they vary from source to source (even if the source is Bale himself), but in total he gained and lost about 610 pounds, and that number could increase in the near future. Christian Bale has been repeatedly told that putting on a lot of weight – like he did for American Hustle and Vice – isn’t necessary because prosthetics can do the trick, but he chooses to do it anyway , although that may change at some point.

Christian Bale has gained and lost such huge weight for his movie roles, but he’s only responsible for wondering if it’s somehow healthy for him. The ultimate answer is no. and the reality is just the opposite. While adding a notorious Christian Bale body transformation to any film arguably makes his performance more believable, it’s certainly not good for the actor himself. In an interview with The Sunday Times Culture magazine, Bale admitted that the amount of weight he has lost and gained could end up killing him. After doing Vice, the actor reportedly said, “I can’t keep doing it. I really can not. My mortality stares me in the face. Various reports of his extreme weight changes have proven that Christian Bale could face serious difficulties later in life, and it’s a wonder it hasn’t affected him already.

Not only can the changes he undergoes negatively impact his metabolism, but they can also cause lasting damage to his organs. All in all, Christian Bale is an incredible actor who has undergone some shocking makeovers for his blockbusters (and some of Christian Bale’s true story movies), but it can have a long-term negative impact on his health. The American Heart Organization recommends weight loss plans that shift weight gradually and sustainably, supported by a nutritious diet and regular exercise, and extreme weight swings like Bale’s should only be attempted under the supervision of a professional. a healthcare professional.