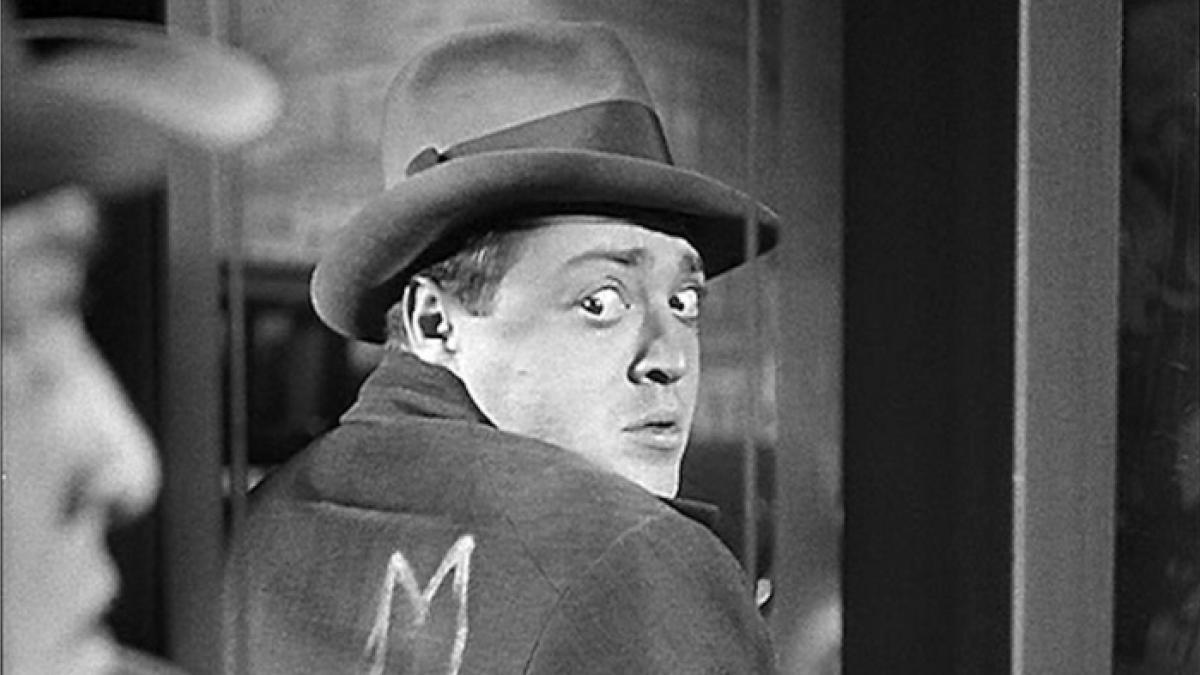 Mythical secondary horror film actor, actor of Hungarian descent Peter Lorre began his career in Berlin and his first prominent role was as a girl killer who has scared an entire city in Fritz Lang’s cult play M, the vampire of Düsseldorf (1931) whose filming was fraught with tension between director and actor. “I want to escape … I want to flee from myself, but it’s impossible!” His pathetic character pleaded. The success of the film gave him great popularity in Germany in the early 1930s, but due to his Jewish origin he had no choice but to leave the country, since he was on the list of artists that Hitler wanted to shoot.

He first set course for Paris, where he landed with other exiles such as Marlene Dietrich and Billy Wilder, and then headed for London. With the help of Alfred Hitchcock, who was joined by a great friendship, he collaborated on the first version made by the director of the man that knew too much, in 1934, shot in English, despite Lorre’s limitations with the language. In it he was once again the villain of the show, a shy guy capable of transforming into a threatening presence. During the filming of the film, he met actress Celia Lovsky and they married in 1934.

At the end of the 1930s he settled in Hollywood, where his talent did not go unnoticed, although he was relegated to villainous roles thanks to his round face, huge and expressive bulging eyes and a height of only 160 centimeters. His way of walking, as if he were prowling, and his Central European accent ended up pigeonholed into roles of murderers and madmen.

He became famous for his work on The Maltese Falcon (1941) and in White House (1942), both starring Humphrey Bogart. He divorced Lovsky and in 1945 he married Kaaren Verne, from whom he would also divorce again in 1950. His third wife was Anne Marie Brenning, with whom he had their only daughter, Catharine, born in 1953. The little girl saw how his father became more famous than ever in the sixties thanks to television, which replenished his films, especially horror films. Even in the adventures of Bugs Bunny a character inspired by him appeared. And that fame was what saved his daughter from being murdered in late 1977.

In October and November of that year, panic seized Los Angeles because of psychopaths known as ‘The Hill Stranglers’, who raped and killed a total of fourteen girls. Cousins ​​Angelo Buono and Kenneth Bianchi earned the trust of their victims disguised as police officers and then ended their lives.

The 25-year-old daughter of Peter Lorre also fell into the trap, but when she got into the vehicle, before the criminals revealed her true intentions, the young woman showed them a photo she carried in her wallet in which she appeared as a baby wrapped up between his father and Bogart.

An image that saved his life because it turns out that psychopaths were fans of Lorre and his favorite movie was precisely that of M, the vampire of Düsseldorf. When they discovered that the girl was the daughter of the famous actor, they let her go and she did not find out what had happened until months later when they were both arrested by the police and Catharine saw their faces on television.

She immediately realized that her father had saved her despite being dead for thirteen years. And it is that Lorre had died in 1964 at the age of 59 due to a stroke. At the subsequent trial, Buono and Bianchi were sentenced to life imprisonment.

When the psychopaths Angelo Buono and Kenneth Bianchi discovered that Catharine was the daughter of the famous actor, they let her go

However, the actor could not prevent Catharine from living only a few more years, until she was 31. Orphan of father and mother at 17, the young woman inherited the delicate health of her father and suffered from juvenile diabetes. As time passed, the complications increased and she ended up hospitalized at Harbor General with vision and circulation problems.

Her losing streak had been compounded by being a widow after her partner died in a tragic motorcycle accident. Catharine spent more than a year in the hospital until she died of sepsis and encephalomalacia on May 7, 1985. She did not deserve her sad fate.

Catharine had a short and complicated life