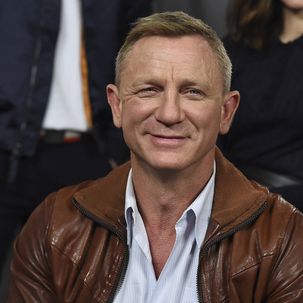 The leader will surprise you!

After unveiling the list of the highest paid film actors and actresses of the moment, Variety attacked highest television salaries for the year 2021. This list includes big names … in cinema like Henry Cavill, Jude Law and Kate Winslet who have all done well to turn to the small screen.

And whoever offers himself the jackpot is, little surprise, or not: Chris Pratt. The Peter Quill / Star-Lordest of Guardians of the Galaxy perfectly negotiated his return to the small screen (remember he started in Everwood and Parks and Recreation): to play in Terminal List, a series intended for Amazon Prime, the actor will indeed touch the trifle of 1.4 million dollars (about 1.2 million euros) per episode. To be discovered in 2022.

Very well paid too, but we already knew that these are Sarah Jessica Parker, Cynthia Nixon and Kristin Davis, the three funny ladies from Sex and the City and who therefore had a hollow nose by taking their iconic characters in And Just Like That … So who are the highest paid stars on TV? Here is the best of the best:

Adrien Brody, Pierre Niney, Olivier Véran … Who are these ugly handsome people who capsize our hearts?