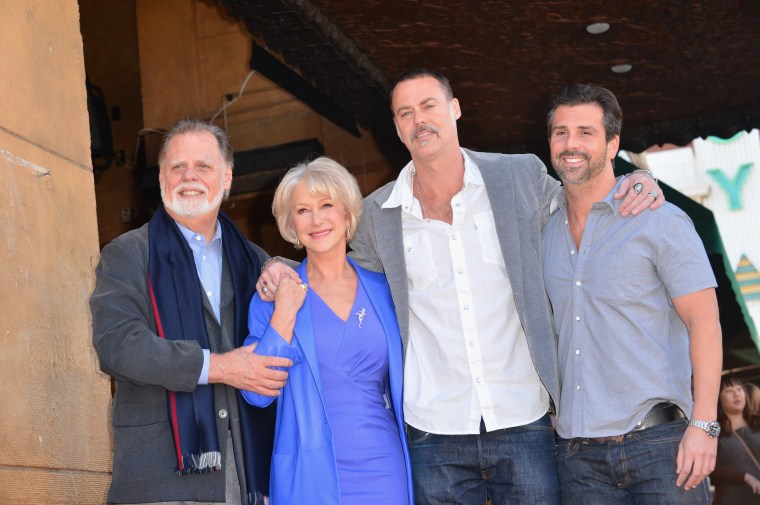 Helen Mirren and her husband Taylor Hackford are mourning the loss of her son, Rio Hackford, who died on April 14 at age 51.

On Tuesday, Helen, 76, and Taylor, 77, who have been married since 1997, made their first comments about Rio’s death.

In a statement sent to TODAY, the director and actor said they “are both inspired by the life of our son and stepson, Rio Hackford, and heartbroken by his loss.”

“His life showed us how to live in generosity and community,” the couple said. “He shared his life’s journey with so many people who now mourn him, and at the same time, celebrate their fortune knowing him. »

The couple also confirmed that Rio “died of uveal melanoma, a very aggressive and rare form of cancer.”

According to the National Cancer Institute, uveal or intraocular melanoma is a disease that causes malignant cells to form in the tissues of the eye.

Some signs of the disease include blurred vision and a dark spot on the iris.

“We urge everyone reading this to get their eyes tested at least once a year, which could save their loved ones from this cancer,” Helen and Taylor said in the joint statement.

Helen also shared a photo of her stepson on her Instagram on Saturday.

She simply wrote “El Rio” in the caption.

Most recently, he played a manager in Hulu’s “Pam & Tommy.”

The actor owned bars The Matador, One-Eyed Jacks and Pals in New Orleans, The Monty and The Eldorado in Los Angeles, The Grasshopper in Long Beach and The Homestead in San Francisco, Helen’s rep said and Taylor TODAY.

Alongside a black-and-white photo of Rio, DeVincentis wrote, “Rio was more responsive to the experience than anyone I’ve ever known. He would stop what was happening to point it out, make you pay attention.

DeVincentis continued to praise his friend in the comments. The screenwriter added, “His generosity was quiet and overwhelming. His honesty was the best – complete and never without concern, even the difficult things.

“Rio just knew things. Esoteric things. Things off the map. Secret things. Wonderful things. He knew these things because of his charm, his wit, his honesty, his character and his tough personality. He was a real man in a sea of ​​posers,” Queens of the Stone Age’s Josh Homme said in a statement provided by Helen and Taylor’s rep.

“As loyal and funny as anyone could be. Rio was the best ever. Truly one of a kind,” Vince Vaughn said.

Rio is survived by his wife, composer Libby Grace, two children, a brother, a father and a stepmother.