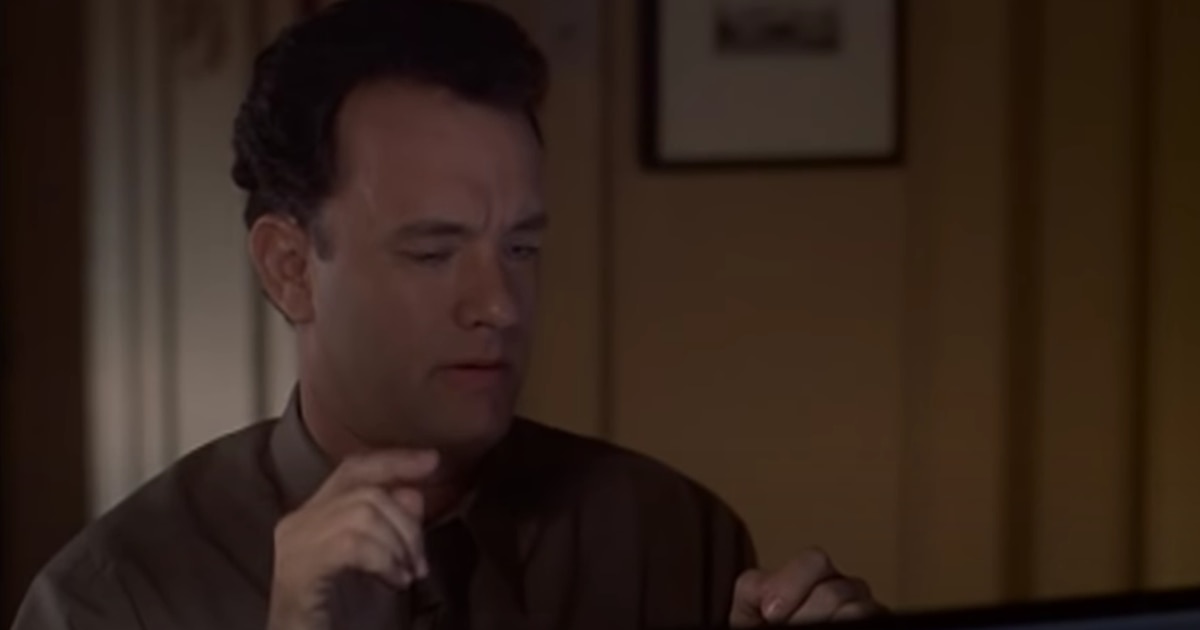 Through HBO Max you can see again some of the most emblematic films of cinema years after their premiere.

“You have a e-mail”Is one of the most successful films of the 90s due to its peculiar plot that shows what it is like to fall in love through emails. At the time, the prominence of technology and the performance of Tom Hanks, caught the attention of the audience.

The film hit the screen in 1998 under the direction of Nora Ephron. At the time, Tom Hanks and Meg Ryan already had successful careers in the film industry, so seeing them together again in the film was a dream come true for many of their fans. Previously, the actors shared credits in “Sintonía de amor” a romantic comedy film by the same director.

“You have a e-mail“Tells the story of” Kathleen Kelly “(Meg Ryan) the owner of a children’s story store who is in danger of bankruptcy. The small business tries to survive after the opening of a chain of bookstores right next door that makes it difficult for them to continue with their sales.

In the midst of the great dilemma of keeping her business afloat, “Kathleen” develops her ability to compete to maintain her sales. However, the protagonist seeks to meet “Joe Fox” (Tom Hanks) owner of the chain of bookstores that would have become her nightmare. And although at first he seems the most pedantic person in the world, later they realize that they have known each other long before thanks to the exchange of emails.

Throughout 119 minutes, the film conquers the observers by the purest romance that Tom Hanks and Meg Ryan live in their respective roles.

In addition to the protagonists, we can also enjoy the performance of Parker Posey, Greg Kinnear, Jean Stapleton, Steve Zahn, Dabney Coleman, Dave Chappelle, among others.

Although these days, starting a relationship by email might sound a bit far-fetched, at the time Miklós László’s screenplay, Nora Ephron, Delia Ephron was all the rage.

HBO Max has positioned itself as one of the platforms most chosen by users thanks to the great variety of its catalog. Although it came almost last to Latin America, they have become great competition for Netflix, Disney +, Amazon Prime Video, among other streaming services.

A feature of the platform that has captured the attention of the audience is the ability to view all Warner Bros content, such as “Friends”, “Gossip Girl”, “The Big Bang Theory”, “Smallville”, “Harry Potter” , among others. However, that’s just one of the great benefits that HBO Max offers.