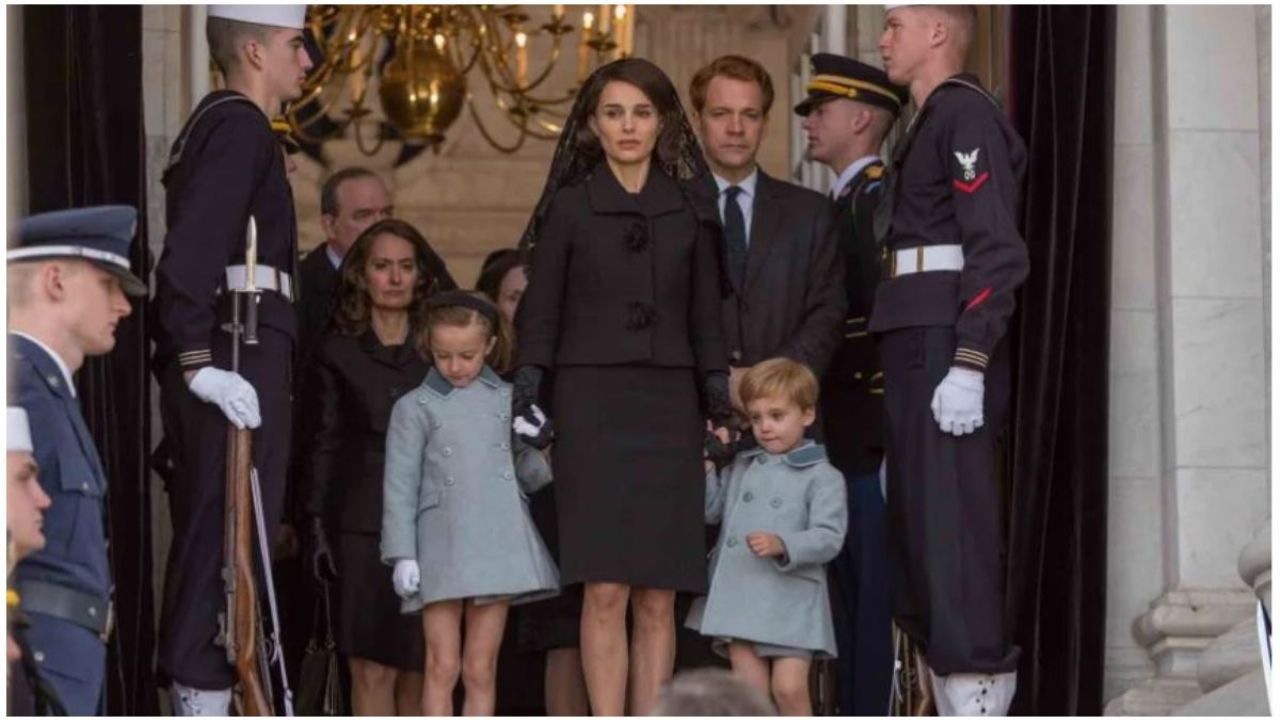 In 2016, the Chilean director Pablo Larrain showed the world his vision of one of the most iconic moments in 20th century American history, the rise to power of a handsome and charismatic John Fitzgerald Kennedy to the presidency of the most powerful country in the world, along with his wife, the always sober but charismatic Jaqueline Kennedy Onasis and the traumatic denouement one morning in November 1963 in Dallas, Texas.

The story is well known among scholars of the North American nation, the president was ‘officially’ assassinated by a shooter named Lee Harvey Oswald, died weeks later victim of an attack; The assassination against Kennedy was carried out while he was traveling the streets of the Texas city, in a convertible car and with his wife, Mrs. Kennedy, who was the main witness of the viciousness with which her husband was assassinated.

Under this argument, the Chilean director showed his version from the point of view of Jackie Kennedy Onasis, the visibly shocked lady is interviewed while recalling the events that occurred on November 22, 1963.

The feature film was released on September 7, 2016 at the Venice International Film Festival 2016, where it won the award for best screenplay and its protagonist, the young but experienced actress, Natalie Portman was recognized by the public with a long applause session.

This performance earned her a nomination for best actress in the Oscar awards of that year, and the film was distinguished in several awards as one of the best films screened in that year.

A brushstroke of history

In April 2010, it was announced that the English actress Rachel Weisz would be the protagonist, the direction would fall to Weisz’s ex-husband, Darren Aronofsky as well as the production, however, in 2012 it was rumored that the Fox Searchlight Pictures studios was in talks with Natalie Portman to star in the film playing Jacqueline “Jackie” Kennedy Onassis.

After that information, both Rachel Weisz as Darren Aronofsky withdrew from the project due to differences with the production company, however, some time later Aronofsky joined the project as a producer and the direction fell to the Chilean Pablo Larraín, the same director who is now monopolizing the spotlight for the film about the princess Diana of Wales, role that fell to the actress Kristen Stewart.

In October 2015 it was announced that Peter Sarsgaard would participate in the film playing Robert F. Kennedy, and in the same month Greta Gerwig joined the cast. LD Entertainment and China’s Bliss Media have also been featured in the production.

Larraín chose to tell what happened in the days after Kennedy’s assassination in 1963. And how the former first lady faces events from her perspective, nostalgically narrating intimate moments together with the former president, through her trip to Dallas, the traumatic death of her husbands in front of her eyes and the subsequent organization of the burial and investigation into her husband’s murder.

The director uses a staging that allows him to Portman display his acting talent, highlights the moment in which the whole country is mourning the death of Kennedy, but at the same time, the power of the statesman and his wife disappears, and Jackie is relegated like any woman in the midst of dozens of people who are looking for the next president of the United States.

Using her own words, Jackie transformed her home into Camelot and her late husband, in King Arthur.

You can enjoy the movie through the platform HBO-Max, lasts 95 minutes and from the first minute to the end, you will fall in love with the performance of Natalie Portman.