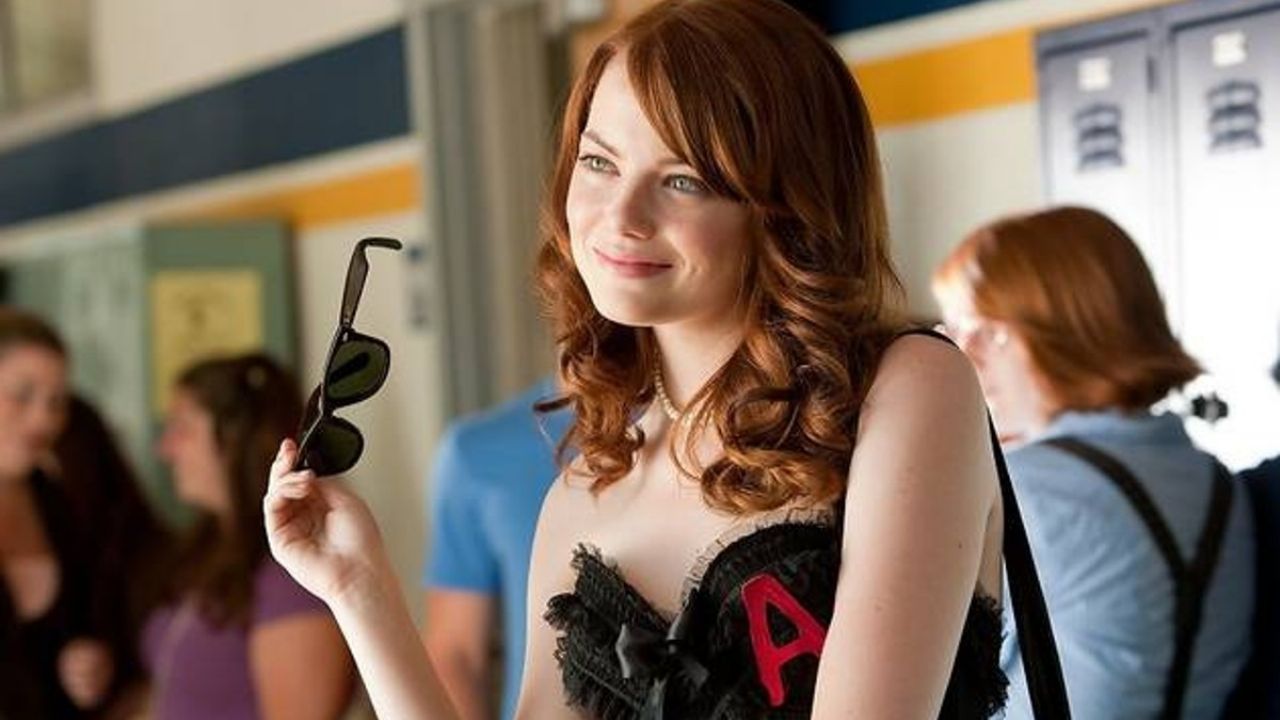 Like many actors, Emma Stone She started out making some low-budget movies with simple themes, but with the passage of time she would find her place and would be recognized as one of the young actresses out there today. Hollywood, so take the opportunity to see It is said of me (Easy A), an extremely funny film that you can watch for a limited time at HBO Max, as it will soon be released from its catalog.

The film was a resounding success at the box office, due to the fact that it had a budget of $ 8 million and raised more than $ 75 million during its exhibition period.

The movie It is said of me (Easy A) was directed by Will Gluck and featured a renowned cast: Emma Stone, Amanda Bynes, Thomas Haden Church, Lisa Kudrow, Malcolm McDowell and Stanley Tucci, who managed to create a fun environment and only won positive opinions from film critics.

High school student Olive Penderghast (Emma Stone) lies to her best friend by telling her that she went on a date with a college student and lost her virginity to him. However, the conversation is overheard by the president of the school’s Christian group, Marianne (Amanda Bynes).

The rumor quickly spreads throughout the school, so Olive takes advantage of her newfound reputation to help her gay friend Brandon (And Byrd), who is constantly teased and beaten for his preferences. Olive pretends to have sex with him during a party to gain the respect of the other students, but that leads to another problem.

Olive is accused of being some kind of school prostitute, explaining that having lost her virginity does not indicate that she has to sleep with all the boys at school.

Faced with this situation, Penderghast, enraged, decides to satisfy her and all those who think that. To do this, she buys lingerie and modifies it to use it “appropriately” at school. Olive decides to take advantage of the rumors and sews a red “A” on her clothes, in reference to Hester Prynne, the protagonist of The Scarlet Letter, the novel that they are studying in their literature class and that she took seriously.

It is said of me (Easy A), despite being a youth comedy, it touches on one of the most important issues affecting millions of students around the world: bullying, although it does so in a smart, fun and thoughtful way.

For their part, film critics gave mostly positive opinions, highlighting the script and the performance of Emma Stone, who really got into the role. On specialized sites like Rotten Tomatoes they gave it an 85 percent approval rating.

In 2019 there was talk of a possible sequel, in which some of the original characters would return, although this new installment would be in charge of the scriptwriter Bert V. Royal, who said that it was a “new version”, but that it was still in development, so there is no tentative date for its release.

So if you feel like watching a comedy and enjoying the beautiful Emma Stone, It is said of me (Easy A) is the best option you will find in HBO Max.