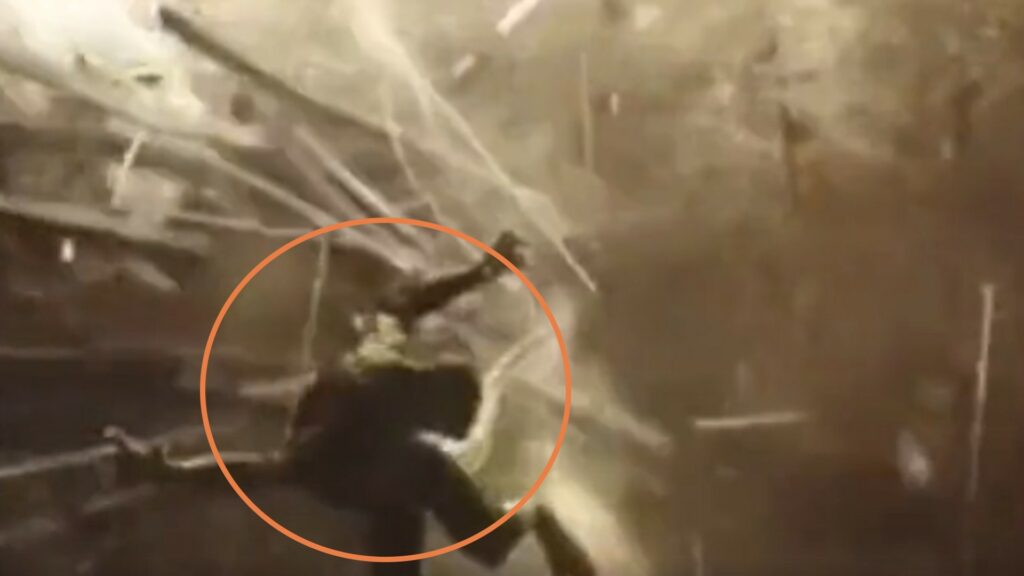 A footage from the second Spider-Man No Way Home trailer is highly suspicious.

Will the two former Spider-Man be in No Way Home ? The two interpreters, Tobey Maguire and Andrew Garfield, will they finally be in the cast of the film? The actors continue to deny, without being very convincing. Most of the big bad guys from previous films will make a comeback, with their original cast such as Alfred Molina as Dr. Octopus. The closer the exit, the more likely the presence of the old “Spideys” seems.

But Marvel seems to want to keep the secret as long as possible … to the point of digitally erasing the two actors from the extracts? This theory emerged on November 17, 2021 when the second trailer.

The suspicious scene from the Spider-Man: No Way Home trailer

It is difficult to prove that the characters were erased during the editing since they are then, if it is true, invisible by definition. A scene near the end of the trailer, in its version released by Sony Pictures Brasil, however, is particularly suspect.

It’s a streak that feels like a final battle, with Sandman and the Lizardman. The latter, the Lizard, seems to leap into the void towards someone – but no one appears onscreen. A few seconds later, the skull of this one undergoes a brutal and sudden movement of recoil. Difficult not to have the effect of a violent blow to the Lizard. A blow struck … by the air, no doubt, since it is not facing anyone. And it’s true that the air can sometimes be a bit virulent and decide to hit someone in the face …

Or, this scene is the result of a digital erasure – that is, special effects aimed at removing someone from the edit – of one of the Spider-Man. That of Andrew Garfield or Tobey Maguire. It should be noted that the international version of the trailer is cut just before this funny effect (ditto for the Brazilian version finally posted on Youtube), which is all the stranger.

It should also be noted that these scaffolds are present in some photos flights circulating on the web, and which would have been taken during the filming of this new Spider-Man: we see in particular other actors than Tom Holland in the costume of the spider man.

There are other suspicious moments in this trailer. For example, when MJ falls off the bridge looks like the one where Gwen Stacy dies in The Amazing Spider-Man 2. We then see only a spider-man’s hand: it could very well be that of Andrew Garfield who, in a similar circumstance, saves the great love of this other Peter Park, where he could not do so in his universe.

Marvel is likely to keep it a secret until the film is released. So answer at the end of December at the cinema.

The continuation in video

Have Andrew Garfield and Tobey Maguire been deleted from the Spider-Man No Way Home trailer?