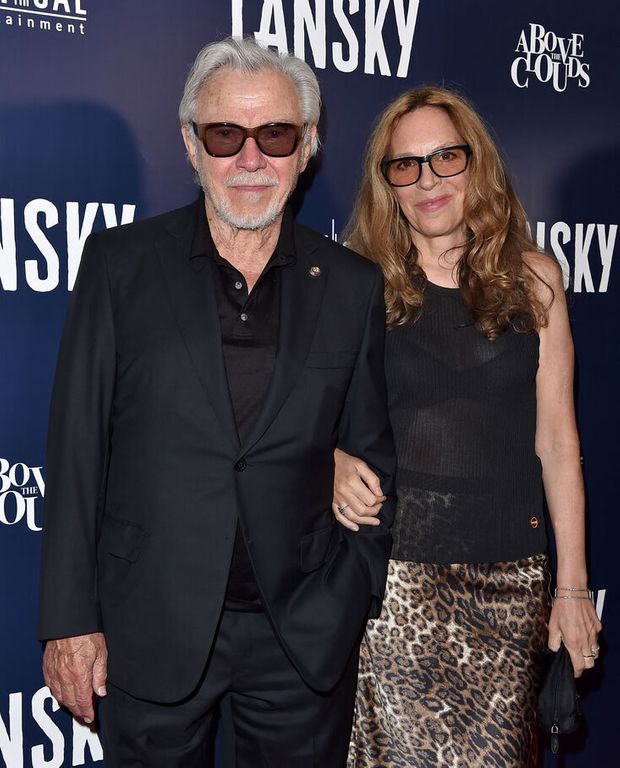 Father of three children, aged 17 to 36, Harvey Keitel has known several women in his life. The actor, married for twenty years, has multiplied the conquests.

A real seducer! At 82, Harvey Keitel has lived a busy life. Whether at the professional level or. in his personal life, the legendary actor has something to be filled with. Over the years, he became the father of three children, a girl and two boys born from different unions. It was with Lorraine Bracco that he first experienced the joys of fatherhood when his daughter, Stella, was born in 1985.. Instantly fell in love with the actress and director, Harvey Keitel had a beautiful love affair with her before she broke up. Due to the actor’s angry behavior, Lorraine Bracco found solace in the arms of Edward James Olmos. “He hated me for it. I disgusted him, she said. It was the beginning of the end. And I knew it. And maybe that was my way, my very immature way of ending this relationship. “

For years, the two have fought a bitter custody battle for their daughter.. A battle that lasted much of the 1990s and was complicated when Lorraine Bracco’s new partner was accused of child sexual abuse by the teenage daughter of a friend of hers. For his part, Harvey Keitel then found love with Lisa Karmazin, a pottery teacher based in San Diego. According to her, their whirlwind romance, which began in February 2000, turned sour when she told him she was pregnant. In September 2001, their son Hudson was born without his father being present. “He said he couldn’t come, that he would be there in a few days. It took him six months to see his son, she said. I called him from the hospital during labor. “

How Harvey Keitel met his wife?

And if Harvey Keitel was not there, it is because his heart already belonged to another woman: Daphna Kastner. The actor married the actress and director, 22 years younger, in October 2001. The ceremony took place in Jerusalem, Israel, Daphna Kastner’s homeland. Together, they became the happy parents of a little Roman in 2004. And for twenty years, they have been spinning the perfect love away from the media and prying eyes. A few days ago, he confided: “I met my wife in Rome at a party for Robert de Niro. And we stayed together. And seven weeks later, I was going to a film festival in Italy and asked him to come with me. She said ‘yes’ and during the flight I said, ‘What do you think about us getting married?’ She gave an excellent answer “.

Harvey Keitel
Together they had Roman

Harvey Keitel
Their son was born in 2004

Harvey Keitel
He met her at a Robert de Niro party

Harvey Keitel
He is also the father of two other children

Harvey Keitel
He had Stella with Lorraine Bracco

Harvey Keitel
With his son Roman

Harvey Keitel
He also had a son with a pottery teacher

Harvey Keitel
He had a great story with Lorraine Braco

Harvey Keitel
His eldest was born in 1985