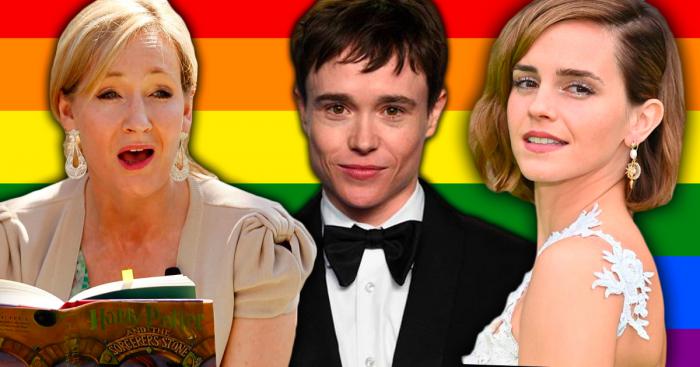 In a video that has gone viral on the web, actress Emma Watson addressed the question of the rights of transgender people it’s clear. The contrast is so obvious! His ideas seem far removed from those distilled by JK Rowlingthe star writer of the saga Harry Potter.

The more time passes, the more Emma Watson seems to register as one of the new defenders of the LGBT cause. A few weeks ago, during the Bafta 2022, the interpreter of Hermione Granger in the films Harry Potter did not hesitate to attack JK Rowling about his controversial outings and deemed transphobic.

The speech of the young woman seems visibly not to change over the years. An excerpt from an interview Emma Watson did with journalist and activist Paris Lees in 2019 for British Vogue, recently resurfaced on the web. In it, we can hear that the actress maintain her same guideline advocating for transgender people on the issue of inclusion.

In this interview, Paris Lees, who is a trans person herself, asks Emma Watson about if she would feel comfortable with her in a public women’s restroom. The actress retorts very spontaneously: “Oh my God, of course”.

The journalist then asks her guest if her answer would have been different if she didn’t have finalized her transition with a sex change. What Emma Watson answers in the negative.

“That’s another human being”

Emma Watson shining a light on how many of us cisgender women feel.

Paris Lees then continues her interview by questioning the star ofHarry Potter on what she would say to people who don’t feel comfortable sharing a single-sex public washroom with a trans person. Emma Watson explains:

It is another human being. I understand that one can be afraid of what one does not know. I also understand that we can say to ourselves: “I don’t understand, and I’ve never met someone trans…” But go ahead! Go talk to him and learn…Go and look in the whites of the eyes a person who has this experience and tell me after you’ve done this, if there’s still a part of you that thinks it’s okay to do so that this person does not feel included.

In the full interview, Emma Watson says that for her “making people feel unincluded” is “a painful and terrible thing”. Even more than that, she claims “it has big effects.” Emma Watson’s words finally found a sounding board on social networks, several years after their release.

JK Rowling obviously has something to do with it. Since 2019, the writer has shared publicly opinions much discussed by the LGBT community. Emma Watson and several other people related to the saga Harry Potter have also wanted to make their voices heard to let it be known that they did not agree with his ideas…