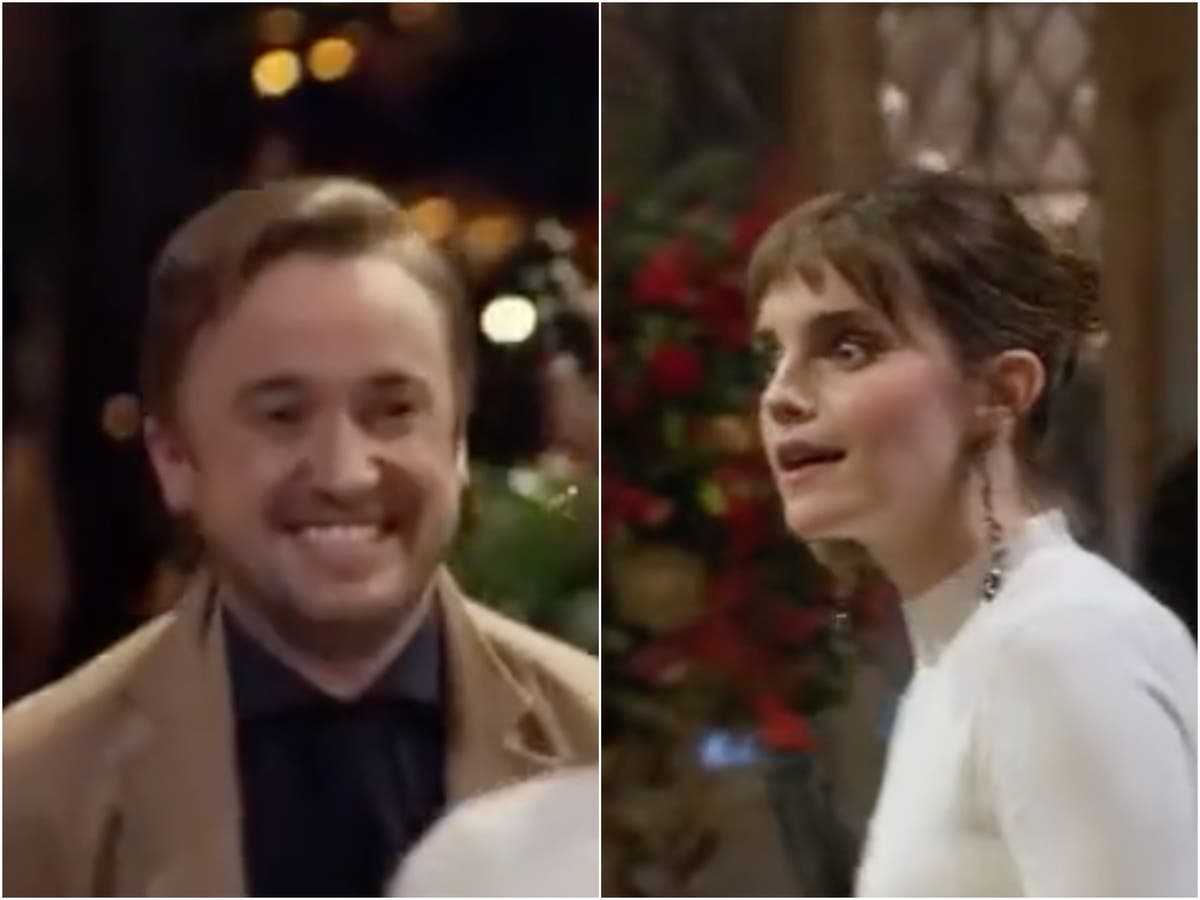 One of the trailers for the Harry Potter 20th Anniversary cast reunion left fans particularly ecstatic.

The one-off episode will feature talks between many of the films’ cast members, including Helena Bonham Carter, Gary Oldman, and Ralph Fiennes.

It will also bring together Daniel Radcliffe, Rupert Grint and Emma Watson to remember the time they spent working together.

However, it was the response of Watson and Tom Felton (Draco Malfoy) to see what the trailer stole.

Upon seeing each other, the two run to hug each other with big smiles on their faces.

“The hug from Emma Watson and Tom Felton is lovely,” wrote one fan, adding another: “When Emma Watson is so surprised to see Tom Felton and Tom looks so happy to see Emma, ​​and the way she looks they hug, aaah! I’ve been waiting for this so long and it’s worth it. “

While the two remained friends since the series ended in 2011, fans have long speculated that they were romantically involved during part of that period.

Felton addressed these rumors in June 2021 after being asked directly about the possible romance.

He responded by remaining silent and raising his eyebrows. The interviewer’s excited reaction elicited a nervous laugh from the actor, who cleared up the confusion.

“I thought my silence would say it all,” Felton said, adding, “We are something, if that makes sense, insofar as we’ve been very close for a long time. I adore her. Hopefully, she returns the compliment. “

Felton continued: “As for the romantic side, I think it’s a Slytherin-Gryffindor thing more than a Tom and Emma thing.”

“I absolutely think the best of her. I think being a part of what we were all a part of, but being the only girl, definitely the youngest on set, growing up with what she grew up with was incredibly exciting. You’re going to make me cry, but no, I think she’s a fantastic influence in the world. “

Elsewhere in the trailer, Fiennes explains why he accepted the role of Lord Voldemort even though he was initially undecided.

NOW members can watch TV specials with a NOW Entertainment membership and enjoy all ten Harry Potter films with a NOW Cinema membership.