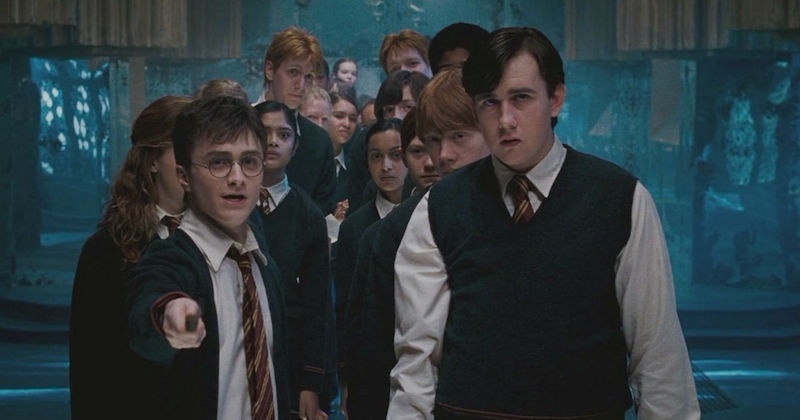 In 2011, the saga Harry potter bowed out, breaking the hearts of his fans in the process. For ten years, actors have been part of our lives. Since then, the actors, who have grown up, have pursued different paths.

Twenty years ago, three little British wizards landed on our screens for our greatest pleasure. You will understand, it is about Harry Potter, Hermione Granger and Ronald Weasley.

From 2001 to 2011, the film series – adapted from JK Rowling’s novels – sold millions of viewers dreams. Ten years after the end of the saga Harry potter, fans still seem very fond of the characters.

It must be said that the cult saga marked our childhood and retains a special place in our hearts. Indeed, we have seen the actors grow over the years. And the least we can say is that the cast (Daniel Radcliffe, Emma Watson Rupert Grint) was very endearing.

Today, child stars have grown up. Therefore, a question arises on everyone’s lips: what has become of them? Some continued their career in cinema, others moved away from film sets.

In this top concocted by the editorial staff, discover the post-Harry potter actors. Be careful, you risk getting old.

It was at the age of eleven that Daniel Radcliffe was chosen to play the main character in the film. Harry potter and the sorcerer’s stone by Chris Columbus. Following the success of the feature film, the British comedian takes on the role of the wizard with glasses.

In 2011, the actor lends his features for the last time to Harry Potter. He is 22 years old. Around this time, Daniel Radcliffe landed the lead role in the horror film The Lady in Black. The feature film meets with critical and commercial success.

In 2014 and 2016, the actor turns in several big productions such as Horns, Frankenstein or the Modern Prometheus or Elusive 2. Since 2017, the actor has been making appearances in the cinema and in the theater.

In 2018, Daniel Radcliffe took to the Broadway floor in the play The Lifespan of a Fact. Two years later, he played an anti-apartheid activist in Escape from Pretoria by Francis Annan. In the meantime, he turns in the anthology series Miracle Workers.

You will understand, the little wizard has managed to move away from his character. Daniel Radcliffe is also a very committed artist. It supports several charities dedicated to children.

On the heart side, the actor has been in a relationship since 2013 with actress Erin Darke.

In the saga Harry potter, Emma Watson plays Hermione Granger, an extremely gifted witch whose seriousness annoys many of her comrades.

After Harry potter, the British actress quickly becomes the darling of Hollywood. In 2012, she played alongside Naomi Watts in My Week with Marilynby Simon Curtis.

The same year, Emma Watson is on the bill of Charlie’s World, in which she plays a lost high school student. In 2014, the actress turns under the direction of the great Darren Aronofsky in the American peplum Noah. She gives the answer to Russel Crowe and Jennifer Connelly.

At the age of 24, graduated from Brown University in English Literature. In 2017, she pushes the song in the Disney remake The beauty and the Beast. This live-action adaptation is a huge box office success with more than a billion dollars in revenue worldwide.

Two years older, Emma Watson lends her features to Margareth in the remake of Four Daughters of Doctor March. She plays alongside Meryl Streep, Saoirse Ronan and Timothée Chalamet.

Besides her film career, Emma Watson is also known for her engaged fights. Since 2014, the Briton has been a goodwill ambassador for the UN Women. She works for gender equality, women’s rights and girls’ education around the world.

Unlike his comrades, Rupert Grint (aka Ronald Weasley in Harry potter) struggles to consolidate his acting career. Since the end of the saga, the actor has made a series of appearances in the cinema: Charlie countryman, Into the White (2012), CBGB (2013) and Moonwalkers (2015).

From 2013, the actor continues the plays for which he won many prizes. In 2016, Rupert Grint distinguished himself in several television series. He notably obtains the main role in Sick Note.

Two years later, he played the role of Inspector Grome in the miniseries The ABC Murders, adaptation of the novel ABC against Poirot by Agatha Christie. Since 2019, he has been featured in the series Servant of M. Night Shyamalan.

The actor also made his fortune in real estate. Indeed, he bought many properties in London and in several parts of the United Kingdom. Its real estate assets would amount to around 30 million euros.

Harry Potter: Ginny Weasley has her own production company

In the film series Harry potter, Bonnie Wright lends her features to Ginny, the youngest of the Weasley family. The little redhead is one of Hogwarts’ most powerful apprentice witches.

After filming the last opus of the saga, Bonnie Wright continued her acting career in several films and TV films. Viewers were able to find her in The Philosophers, The Sea and Before i sleep.

In 2013, the actress decided to change direction and tried her hand at directing. She directs her first short film titled Separate We come, Separate We go. For the occasion, she meets David Thewlis (Professor Lupine in Harry potter). His film is presented at the Cannes Film Festival.

After this first experience, she founded her own production company: “Good Good Light”. She subsequently directed a number of clips and short films. Since 2019, she has been working on her first feature film, a horror film about pollution and the environment.

Harry Potter’s coated cousin has changed a lot. In the saga, he is played by Harry Melling. After the release of the last part, the actor turns mainly to the theater.

In 2011, he distinguished himself on stage in the play The school of backbiting, in which he plays the role of Sir Benjamin Backbite. This first experience encourages him to continue. It is then found in the following pieces: I am a Camera, Hot House or King Lear. Unsurprisingly, the British actor has won numerous awards.

In 2018, Harry Melling returned to cinema in The Ballad of Buster Scruggs by Joel and Ethan Coen. His performance is hailed by critics. The following year, he made several appearances in the series La War of the Worlds and At the crossroads of worlds.

Last year, the actor joined the cast of the film The Devil, all the time, alongside Tom Holland and Robert Pattinson. His performance is once again praised. You may not know it, but the actor plays an American chess player in the hit series The Lady’s Game, streamed on Netflix.

In 2021, he will play Denzel Washington, Frances McDormand and Brendan Glesson in The Tragedy of Macbeth. Hats off to the artist!

Draco Malfoy is undoubtedly on the list of characters in the saga Harry potter that we love to hate. It must be said that his interpreter, Tom Felton, perfectly embodies the wizard with the silver hair.

After Harry Potter, Tom Felton continued his film career. In 2011, he played a zookeeper in Planet of the Apes origins. Between 2012 and 2019, he then multiplied the roles in various large productions, including a peplum entitled The Resurrection of Christ. He also plays in several series: First Murder, Flash and Origin.

At the same time, the actor is pursuing a musical career under the pseudonym of Feltbeats. In 2021, the singer offered himself a collaboration with the French duo Trinix.

Tom Felton was deeply affected by the death of actress Helen McCrory. The latter played the role of her mother in the saga Harry potter. The comedian paid tribute to her and thanked her for helping him grow as an actor.

In Harry potter and the sorcerer’s stone, viewers fell in love with Neville Longbottom (Matthew Lewis). The little wizard was known for his legendary clumsiness. Towards the end of the saga, the ugly duckling turned into a swan.

Today Matthew Lewis is unrecognizable. Indeed, the British comedian sculpted his body and offered himself an ultra bright smile. His fans have seen him in the theater and in several films. The actor has also distinguished himself in British series: Ripper Street, Happy valley or Bluestone 42.

Side heart, the actor got married in Italy with the American blogger Angela Jones.

Harry Potter: Dean Thomas breaks the screen in How To Get Away with Murder

In the saga, Dean Thomas (Alfred Enoch) is part of the Harry Potter band of friends. Unfortunately, the actor with the dream physique is not present in the films, to the chagrin of his fans.

Fortunately, the comedian landed in 2014 the role of Wes Gibbins, a law student in the excellent series How to Get Away with Murder. Previously, Alfred Enoch performed in several plays.

In 2018, he lends his features to Aeneas in the series Troy: The Fall of a City, broadcast on BBC One and Netflix. This is one of his last screen appearances.

Harry Potter’s Natalia Tena, aka Tonks, is a regular on the small screen

In 2007, Harry Potter fans fell under the spell of Tonks (Natalia Tena), a witch able to transform without the aid of potions or spells.

After saying goodbye to the saga, Natalia Tena joins the cast of the series Game Of Thrones. From 2011 to 2016, she played Osha, a savage who watches over Bran and Rickon Stark.

In parallel, the actress turns in several feature films and series: Black mirror, Residue, Amar or I love you, fool. In 2018, the series Origin marks his reunion with comedian Tom Felton.

Like her former play partner, Natalia Tena is an accomplished musician and singer. She is part of the group Molotov Jukebox.

Outside of the set, Draco Malfoy’s bodyguard has gone very badly. Indeed, the interpreter of Vincent Grabbe, Jamie Waylett, is well known to the police services.

In 2009, the comedian indicted for drug possession. The police officers who arrested him discovered cannabis crops in the house of the actor’s mother. Following this discovery, he was sentenced to 120 hours of community service.

Unfortunately, his escapades prevent him from playing his character in the last film of the Harry Potter saga. In 2011, the Briton participated in the riots in London. He is sentenced to two years in prison. You will understand, his criminal record is more extensive than his acting career.