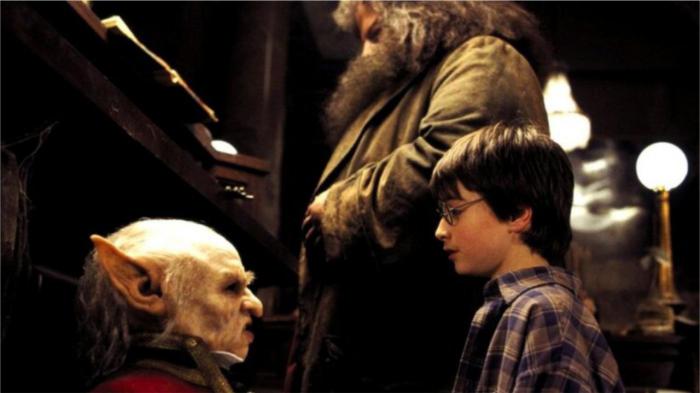 As fans celebrate 20 years since the release of Harry potter and the sorcerer’s stone at the cinema with the special show Harry Potter: Return to Hogwarts, a new controversy has just emerged around the work of JK Rowling. The author had already been accused of transphobic after controversial comments about transgender people. Today, she is accused of anti-Semitism.

A representation too close to anti-Jewish caricatures

Indeed, Jon Stewart, former host of Daily Show and who hosts a podcast called The Problem With Jon Stewart, has just highlighted a problem he has with the saga Harry Potter and with its author, JK Rowling, on the way she chose to represent the goblins at Gringotts, the Bank of Wizards.

For Jon Stewart, the goblins at the head of this bank are quite simply Jews. He goes further by asserting that goblins look like an illustration from the anti-Semitic book, The Protocols of the Elders of Zion, published in 1903:

People say, ‘Oh, this illustration is from Harry Potter’ And you say to them, ‘No, this is a caricature of a Jew from an anti-Semitic book’. JK Rowling was like, ‘Can we get these guys to run our bank?’ … It’s a wizarding world, you can ride dragons, you can have a pet owl, but who should run the bank? The Jews, …

Jon Stewart adds that he noticed this parallel with these characters from the Harry Potter universe and the anti-Jewish cartoons as soon as he saw them for the first time on the big screen. He regrets that no one has raised the issue. But he is not the only one to make the connection with these anti-Semitic clichés. The children’s writer Marianne Levy had already noticed the long nose, the clawed fingers caressing a stack of gold coins … When she compared the representation of goblins with a series of cartoons from the Nazi newspaper The striker, everything was almost identical she had explained.

Others defend JK Rowling by explaining thatthrough her work she has always denounced anti-Semitism and that the villains of the saga obsessed only with pure blood in the wizarding world were clearly inspired by the Nazis. The writer did not hesitate to draw inspiration from and parody several kinds of beliefs and folklore to write Harry Potter. So, for goblins, Rowling wouldn’t intentionally have portrayed them as caricatures of anti-Jewish propaganda.

For now, after the comments made by Jon Stewart, neither JK Rowling nor Warner commented. As a reminder, yesterday was Emma Watson, the interpreter of Hermione Granger who was accused of anti-Semitism after sharing the photo of a pro-Palestinian rally on his Instagram account.