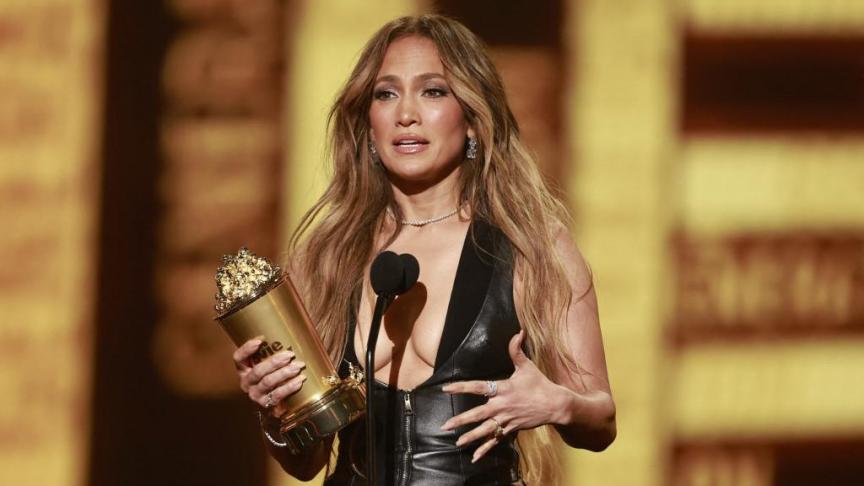 
No mini-series in several episodes where almost nothing happens (like the one dedicated to Georgina Rodriguez, the girlfriend of Cristiano Ronaldo). “Halftime: Jennifer Lopez” is constructed in such a way as to understand who J-Lo is, as an artist, as a mother, as a daughter, but also as a woman and what is more, a Latina woman in the United States.

Passion and strength of character

” I grew up surrounded by strong, tough, tough women. My mother, my grandmother and my aunt managed everything. They were the bosses. With such influences, we understand where Jennifer’s strength of character comes from. Coming from a Puerto Rican family, she lived until she was 18 in a building in the Bronx, with her father, mother and two sisters.

It was the musical West Side Story that sparked her passion for dance, music and cinema. At 18, after a violent argument with her mother who wants her to continue her studies, she takes her things and tries her luck. She who lived from day to day, thanks to the stamps of the dance, finds herself quickly propelled on the front of the stage thanks to the role of Selena, in 1997. After this experience, she started singing. ” Why wouldn’t that be possible, why couldn’t we do everything? “, she asks.

” A dancer turned actress, then singer, then a global icon. She’s a woman of color who had the guts to chase her dreams “, precisely analyzes a speaker. And throughout the documentary, we measure the extent of the work accomplished in 30 years and the requirement that Jennifer Lopez has shown towards herself and towards her teams. She is not content to make hits, to shoot romantic comedies or to parade on the red carpets. She works tirelessly and the preparation for the Super Bowl show is a good illustration of this. During rehearsals, professional dancers in their twenties even find it difficult to keep up with his rhythm, he is so sustained.


Her striptease performance for her film Hustlers is also phenomenal and she admits she has never worked so hard for a role, that of ” a woman who assumes and uses her sexuality to make things happen “.

If she admits having ignored politics in her art for a long time, seeing children, whose parents were captured at the Mexican border, crammed into cages in migrant centers shocked her. She could no longer be silent. So, for the Super Bowl halftime, she pictures dozens of “cages” in the shape of balls, from which little girls would come out, a way of saying, ” you can’t lock us up “.

Despite the many obstacles sown by the National Football League, which organizes the Superbowl, she proves to the whole world that she has the courage of her opinions and that the message she wants to convey will pass, as she sees fit. She is the “boss”. In the eyes of all these little girls, with whom she takes the time to chat and cuddle, we only see two things: admiration and pride in dancing alongside her.

Not appreciated at its fair value

Despite some thirty films, many of which have been very successful, J-Lo has never received any awards, neither at the Oscars nor at the Golden Globes. For Hustlers, she was not even one of the nominees and we feel her disappointment, sincere. We understand his frustration, just like that of his relatives, all dejected after having seen him give so much of herself to achieve this.

In the report, we see her preparing to receive an award at the Palm Springs film festival. ” It took me 20 years and 25 or 30 films to get there “, she says. We still feel his emotion after the handover: “ There I was, sitting next to all these people I’ve watched all these years win awards, never being one of them. »

In addition to the absence of prestigious awards, there will have been all these remarks in the media on her voluptuous physique, on her love life and these humiliating parodies which always brought her back to her condition as a Latina woman… Despite the criticisms and the difficulty of remaining oneself while renewing itself, JLo has improved over time, artistically, humanly and physically, not yielding to the diktats of fashion, unlike certain stars, like Madonna, completely unrecognizable in recent years.

Beyond the artist, this documentary allows us to discover the beautiful person that she is, close to her family, concerned about the fate of others and especially minorities, and above all of great simplicity. She does not hesitate to show herself without make-up, with a disheveled bun on her head, while she participates in the preparation of a family meal.

Jennifer Lopez is not there to flaunt her fortune, her beauty, or her success, but only to show that when we give ourselves the means, even if we leave with disadvantages in the life (like the “bad color of skin”), everything is possible, provided you give yourself the means to work hard.

“Yellowstone” on TMC, a modern western, with Kevin Costner at the head of the gondola

“Sept à Huit”: Diam’s will be the guest on Sunday, for his first TV interview in seven years

No vacation for Michel Drucker, on Belgian radio this summer

Continue reading on this topic(s):

‘Halftime: Jennifer Lopez’ on Netflix: Why you absolutely have to see it