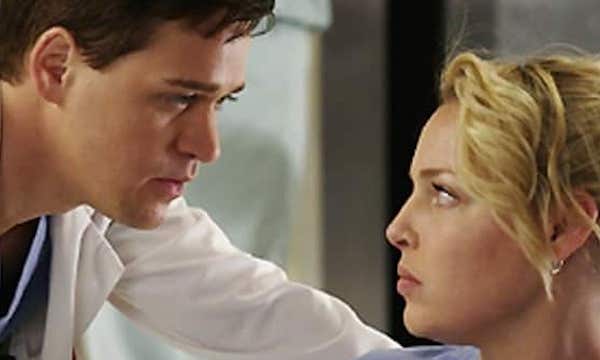 Fans of Katherine Heigl are wondering if she is still friends with her Grey’s Anatomy co-star, TR Knight. But it seems not!

A few years ago, Katherine Heigl and TR Knight met on the set of Grey’s Anatomy. They played the role of George and Izzie. The latter have also marked the medical series with their beautiful friendship.

In Grey’s Anatomy, Izzie (Grey’s Anatomy) and George played best friends. If they tried to pair up at one point, that relationship didn’t work. They were only made to remain friends.

Izzie et George (Grey’s Anatomy) have also made among the first to leave Seattle Grace. As a reminder, the young man lost his life after saving a woman. He did himself overturned by a bus.

Despite the care of his friends, George did not survive this terrible accident. The following year, the hospital fired Izzie. The latter left her friends and her husband Alex. She got installed in a small farm.

In 2012, Katherine Heigl had still confided that she had kept a certain proximity with her co stars. She also explained that TR Knight was also her best friend in real life. But the things look different today.

The two actors of Grey’s Anatomy no longer even follow each other on Instagram. In 2013, the young woman still attended TR Knight’s wedding. Two years later, she responded to a fan who was questioning their friendship.

On her Twitter account, the actress said: “Of course and we always will be! It’s the best. A wonderful friend and a special person for me« . The two have appeared several times in public together.

The end of a friendship

Katherine Heigl (Grey’s Anatomy) had also defended her friend against the homophobic remarks of Isaiah Washington. The latter had balanced during an argument with Patrick Dempsey: ” I am not not your little daddy like TR« .

After his words, the writers of Grey’s Anatomy decided to fire him. He still managed to land other roles despite his horrible comments. As a reminder, he has starred in the hit series The 100.

During this time, Katherine Heigl was very supportive of her friend. Especially since TR Knight had not mentioned his homosexuality to the public. He was forced to do so during an event.

In an interview with EW in 2010, the young woman said: “I recently spoke with TR about this. I told him: ‘I hope I haven’t embarrassed you and brought more attention to something you wanted to disappear ‘”.

The Grey’s Anatomy actress continued: “And he said I could never have embarrassed him. And that he was so grateful. Because no one had ever defended him this way before ”.

“So it’s a proud moment for me. I do not regret it. And I’m so grateful that my friend doesn’t regret it ”. Unfortunately, Katherine Heigl and TR Knight no longer seem to be friends.

They got Out of sight over the years.