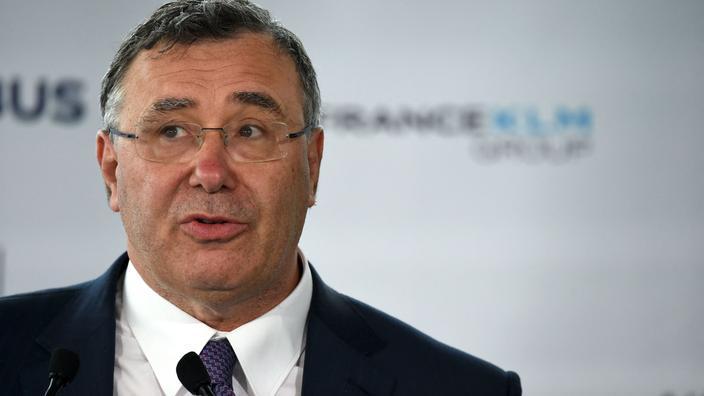 “The energy and ecological transition will also have to be financed […] by the entire chain, including customers ”, insisted Patrick Pouyanné.

Reducing the carbon footprint of air transport will increase the price of tickets, warned the boss of the oil group Total, which on Tuesday marked with Air France a symbolic step in their collaboration in renewable fuels.

“We must not dream: believe that we will make this energy and ecological transition without impact, that this energy will be at the same cost, it is a Holy Grail, we are far from it.», Launched Patrick Pouyanné during a press conference at Roissy airport, alongside Air France executives, ADP manager and Minister Delegate for Transport Jean-Baptiste Djebbari.

This areopagus was brought together in person, a first since the start of the health crisis, to refuel a brand new Airbus A350 with 16% sustainable aviation fuel (SAF) produced by Total in its factories. French. This fueling allowed the flight to Montreal (Canada) to avoid releasing 20 tons of CO2 into the atmosphere, or 15% of the emissions of this flight, according to the companies, which say they have achieved a first on a long-haul. as part of their partnership.

France will make the incorporation of 1% SAF mandatory in all flights departing from the country in 2022, a rate that will rise to 2% in 2025 and 5% in 2030, still well below the 50% that can be accepted by last generation aircraft engines, while Airbus works 100%.

However, 1% of SAF “represents roughly 100 million euros in additional charges for airlines operating on French territory», According to Mr. Pouyanné. Impacted on a Paris-Montreal, it would mean “five dollars more per airline ticket price“.

“The energy and ecological transition will have to be financed not only by airlines or energy companies, but also by the entire chain, including customers.“, Insisted the boss of Total.

The company, which during Monday’s demonstration had also mobilized a tanker truck running on electricity, aims to produce 200,000 tonnes of SAF per year by 2025, against 20,000 tonnes currently.