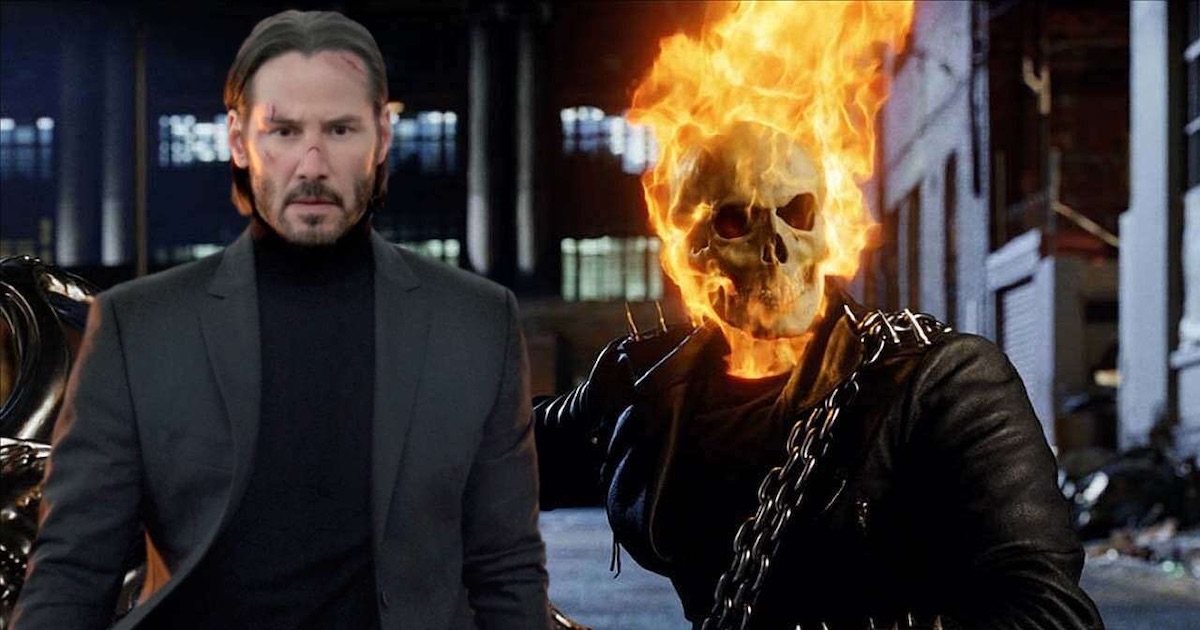 As Keanu Reeves fans await his imminent return as Neo in Matrix Resurrections, fourth installment of the franchise, others campaign for the Canadian actor to join the Marvel Cinematic Universe. According to the recent statements of the interested party, the latter is also absolutely not against the fact of joining the great family of Marvel at the cinema. This gave an idea to a fan, who has just shared, on YouTube, a trailer featuring him in a film project Ghost Rider.

In 2013, Marvel managed to recover the rights to the character of Ghost Rider, which had until then been held by Sony. Created in 1972 by Roy Thomas and Gary Friedrich, Ghost Rider is an anti-hero called Johnny Blaze. His father was a stuntman, and after falling ill, Johnny decided to make a pact with Mephisto, in an attempt to cure him.

After selling his soul to the devil, however, her adoptive father died during of a perilous waterfall (a pact that has definitely not played out to Johnny’s advantage). Mephisto then breathed in Zarathos in the body of the young man. From then on, Johnny shares his body with a demon, and turns at night in Ghost Rider, riding a motorcycle with wheels of fire and armed with a mystical chain to fight against urban violence, and banish corrupt souls from the world of the living.

The character had the right to two film adaptations with Nicolas Cage in the lead role and series Agents of S.H.I.E.L.D will have offered us another vision of the character in season 4, in the guise of Robbie Reyes, played by Gabriel Luna.

Lately, while answering fan questions for Esquire, Keanu Reeves once again affirmed his desire to join Marvel Studios. It did not take more to relaunch the rumors of his arrival in the MCU because as a reminder, the actor had already been approached to play the role of Moon Knight or Kraven the Hunter without this leading to anything.

Stryder HD, a Youtuber and Keanu Reeves fan, like many others, therefore continues to campaign to see the Canadian actor play Ghost Rider. It was then that he had the idea of make a trailer by imagining a reboot of the Marvel character. For this, he used images from the two films released in 2007 and 2012 with Nicolas Cage, extracts fromAgents of S.H.I.E.L.D and scenes from other films in which Reeves stars. And the least we can say is that the result makes you want to! We let you discover it:

The Youtubeur explains that Keanu Reeves would be the perfect actor to play Ghost Rider and hope that will give some ideas from the studio side so that we can find out who plays John Wick make his debut in the MCU within a year or two ! Moreover, if we are still to believe the rumors, the character could well make an appearance in Doctor Strange in the Multiverse of Madness in the form of a cameo, scheduled for release on March 25, 2022 in the United States.

Ghost Rider: Keanu Reeves lands in the MCU with this fan-made trailer