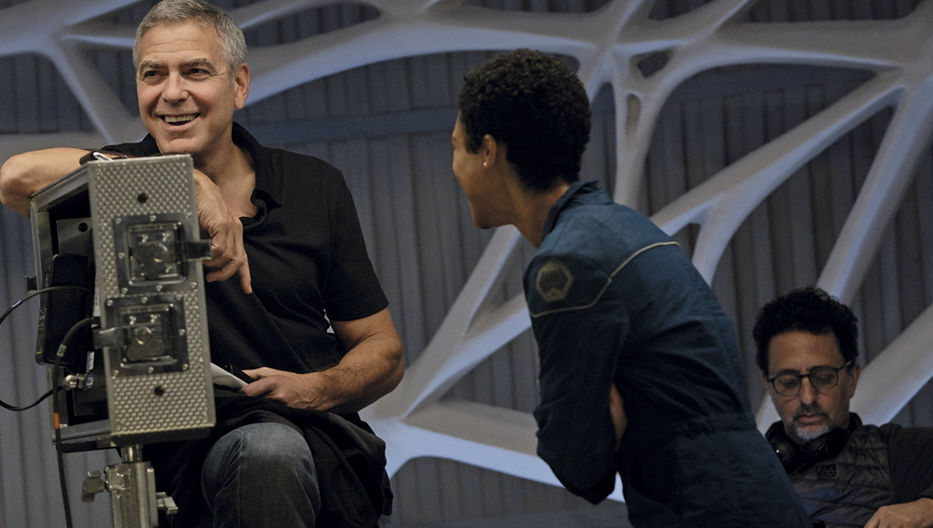 1. The day he decided to trade baseball for acting. Perhaps without achieving glittering fame, George Clooney’s family was always familiar with the spotlight. His father, Nick, was a journalist and worked as a television presenter. His sister, Rosemary Clooney, was a renowned singer and actress, and even Nina, the actor’s mother, had her appearances on a summer television show. When there was no babysitter to pay, George told Esquire, children would wake up early and accompany their parents to the studio. But it was Rosemary, without a doubt, the star of the family. Her first husband, José Ferrer, won an Oscar for his performance in Cyrano de Bergerac (1951) and lived where celebrities lived: on the same block, for example, as James Stewart.

Although he dreamed of being a baseball player as a child and auditioned for the Cincinnati Reds, a year before he came of age George ended up turning to the family trade and studied television journalism at Northern Kentucky University. But at 21 he gave up to move to Los Angeles and try his luck as an actor. “My father really came over me. I remember him saying, ‘You’re giving up your education!'” She told The Guardian. His father’s fear was that he would repeat his history, full of economic ups and downs. 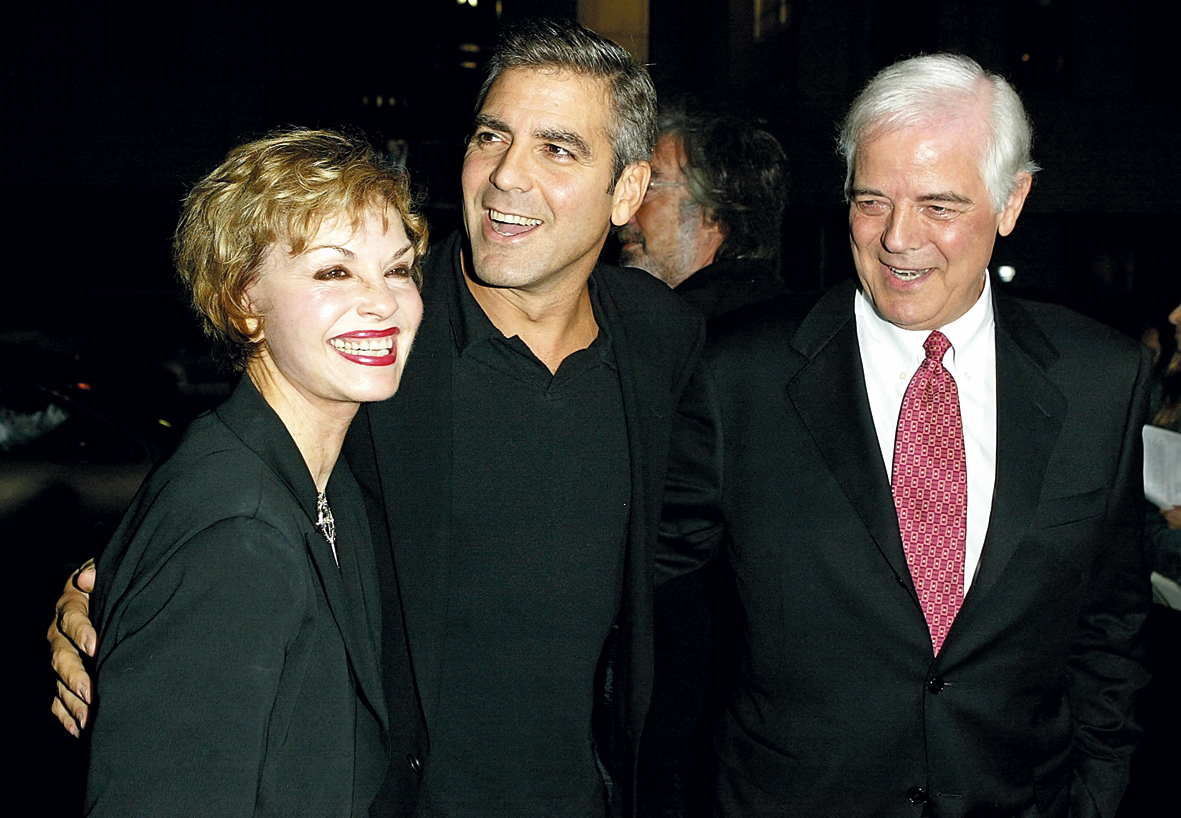 With her aunt, actress and singer Rosemary Clooney, and her father, television host Nick Clooney, at a premiere in 2003.

2. The day he adopted his ex-girlfriend’s pig (and ended up living with him for 19 years).Kelly Preson, John Travolta’s ex, who recently passed away, was in a relationship with George Clooney in the late 1980s. He had no better idea than to gift her a pet pig, Max, which she decided not to take when the courtship ended. George ended up becoming fond of the animal, and in George’s years (rather decades) of being single, the peculiar company brought even more sympathy to the actor, who joked that his bond with the pig had been “his longest relationship.” When Max died in 2006, George recognized that it had been an important part of his life. 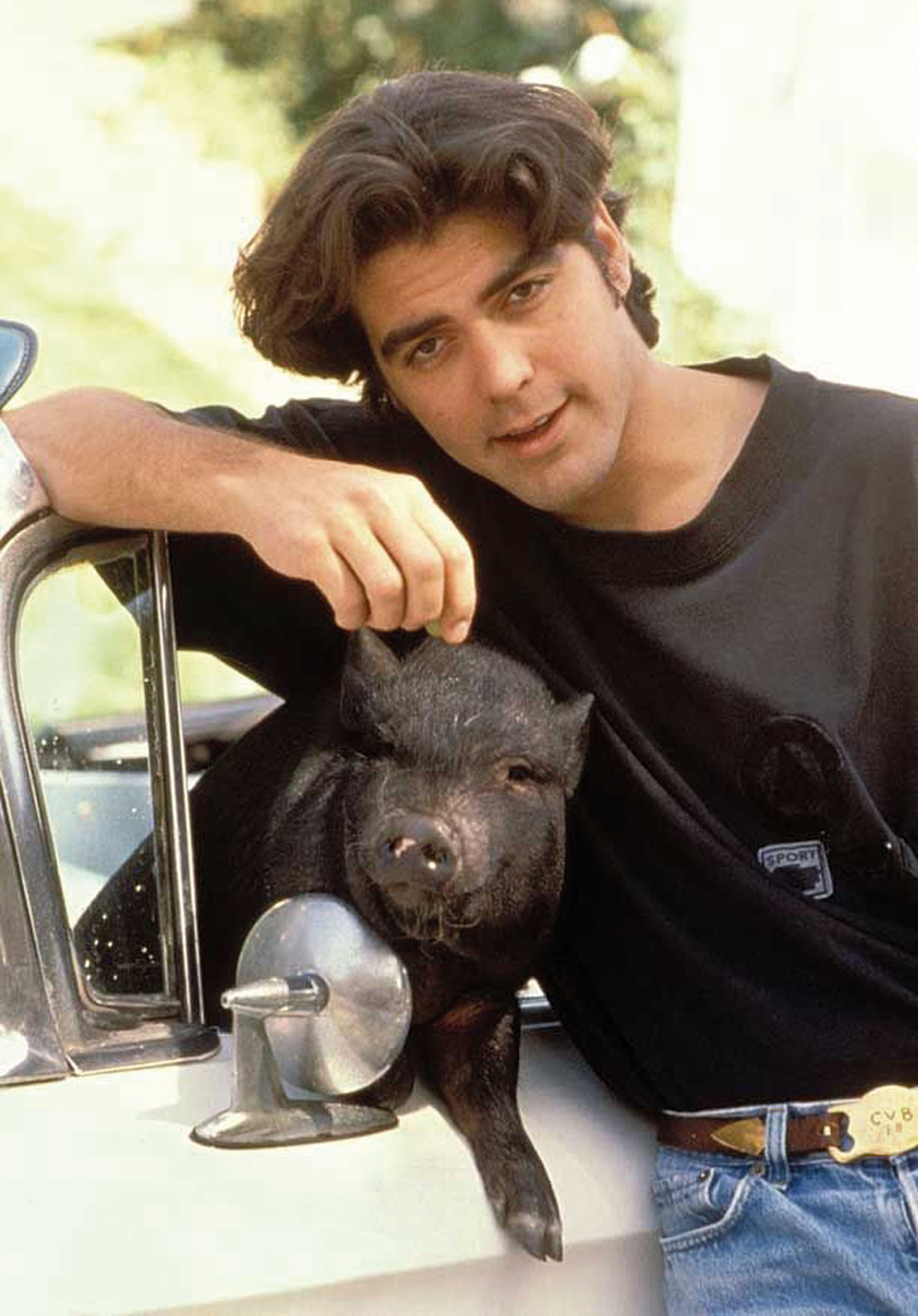 3. The day that became the first reason to look ER. The true fame for George came dressed in a green robe and associated with the charm of a loving, caring and sexy pediatrician. It was in 1994 when he took on the role of Doug Ross on the NBC series ER (Emergency Room). In the five seasons in which he participated, he seduced the nurse Carol Hathaway (Julianna Margulies) -with whom he maintained, only in fiction, an intermittent romance that seemed to never finish consolidating-, and basically all the spectators of the series. What does this man have in those eyes that seem to smile as they dissolve hearts? It’s an insurmountable mystery, but no one deserved more the title of sexiest man in the world (from People magazine) that he received twice: in 1997 and in 2006.

From ER they began to recognize him on the street. “Thanksgiving Day, I was walking around New York with my friend Ben and a guy says, ‘Hey, George!’ They had recognized me before, but always by my character’s name. But the guy knew me. I remember Benny looking at me and saying, ‘You just got famous.’ And I was saying, ‘I got famous!’ It was exciting, “he told Esquire. Contrary to what happens to many, that fame takes them by surprise, he knew what to expect. “We were always under that glass,” he told The Hollywood Reporter referring to his family. “I could see with Rosemary how bad her career could go financially, all the setbacks and then the comeback, and I also got to understand that version of living in the public eye for such a long period. There was probably no one better prepared for it. fame than me. “ 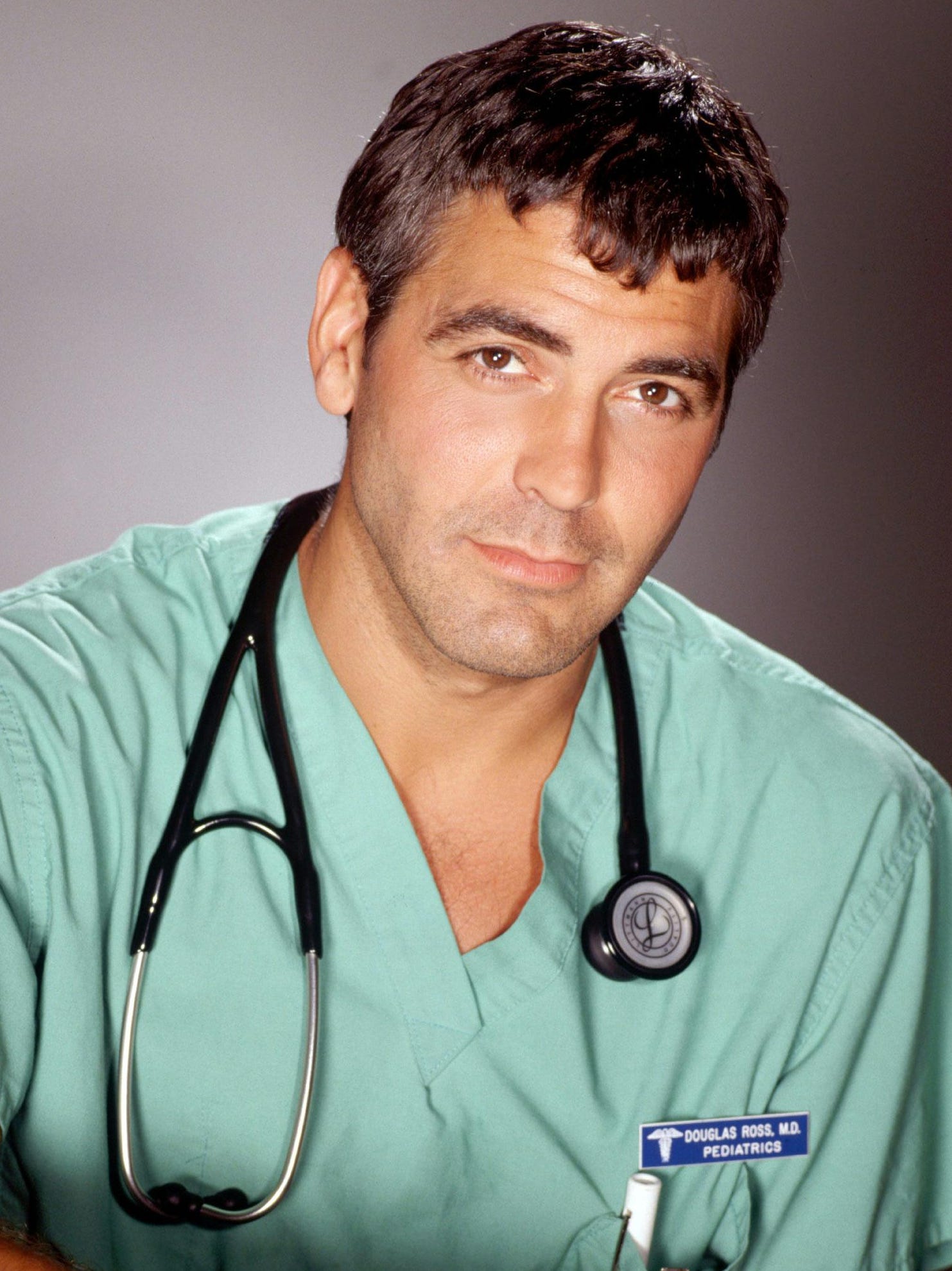 4. The day she began her friendship with the man who took her role in Thelma and Louise. One of those curious facts that has not transpired much is that George Clooney auditioned for the role that Brad Pitt ended up playing in the Ridley Scott film, along with Susan Sarandon and Geena Davis, the cowboy JD Apparently George made a lot of progress in the process of casting – it got to audition five times -, but Brad was the chosen one. Over time, the two would become great friends by starring together in three installments of The big scam (2001, 2004 and 2007). However, in recent years they have been estranged. It is rumored that Angelina Jolie did not like George’s influence on her husband. But, after Brangelina’s split, they haven’t gotten back together either. Sandra Bullock, a friend of both, is said to be trying to bring about a reconciliation. 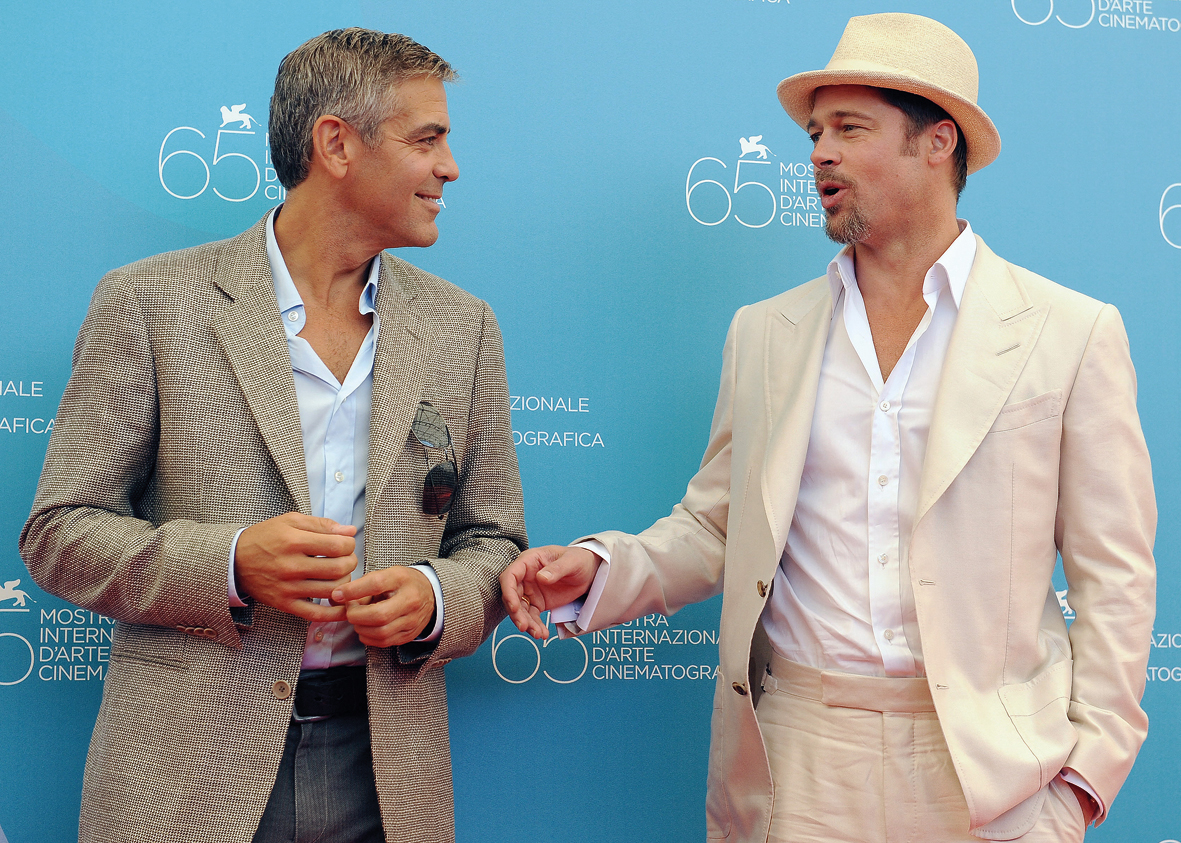 5. The day he had to start directing to be taken seriously. When he went behind the scenes, the image of George Clooney began to change. He was no longer the gallant with acting skills, he was the ductile actor and the new and promising director. His debut as a director was with Confessions of a dangerous mind, in 2002, and then came Good night and good luck, in 2005. In 2006 he was nominated for an Oscar for best direction and best original screenplay for that last film, and also as best supporting actor for Syriana, statuette that ended up winning. He was later nominated for best actor again for Michael clayton (2008), by Nonstop love (2010) and by The descendants (2012); for best screenplay adapted by State secrets (2012), and ended up getting his second Oscar, in his role as producer, when Argo it won for best picture in 2013. He was the first actor to be nominated in six different categories. In addition, he won three Golden Globes and a Bafta. 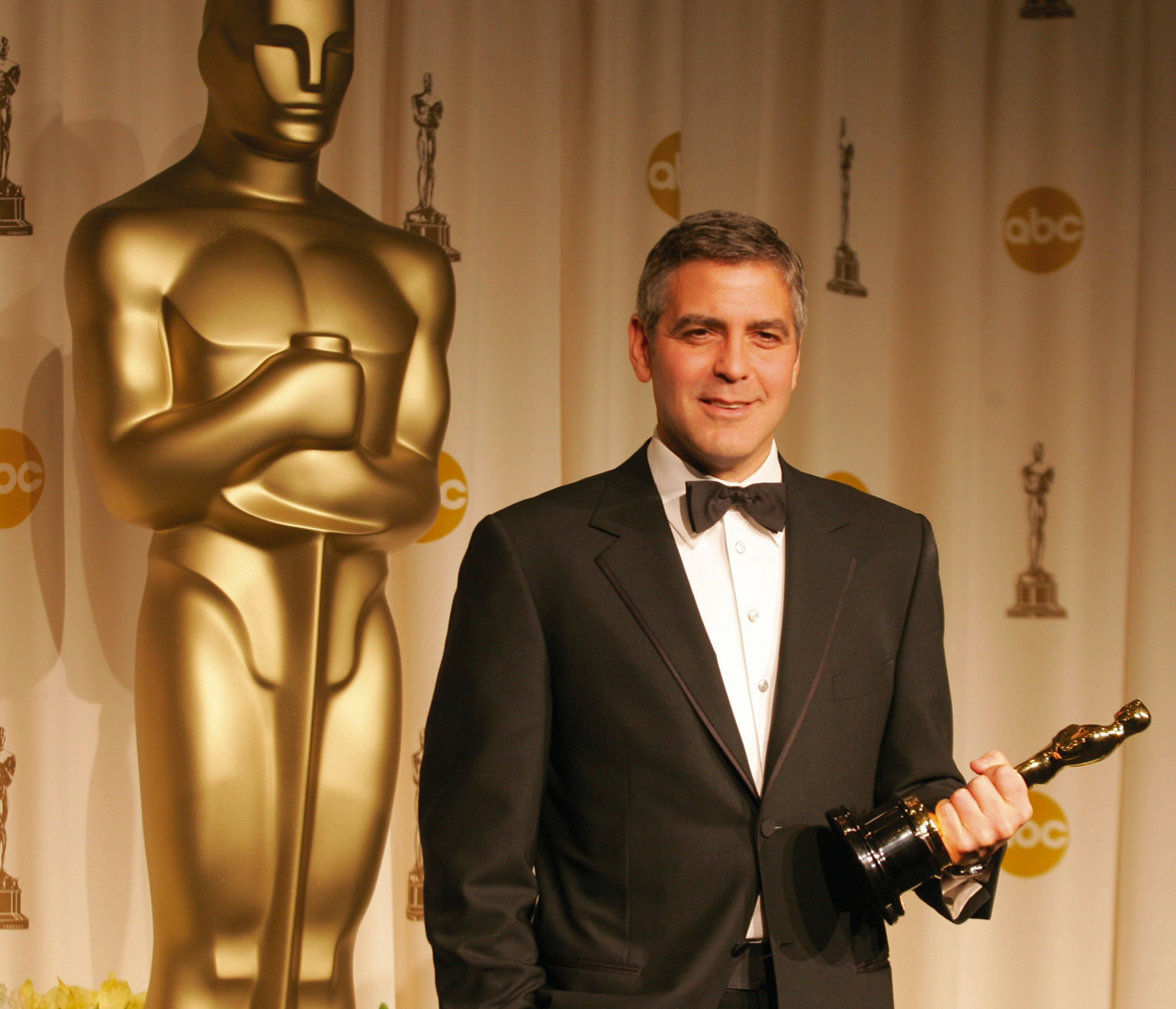 6. The day he founded a tequila factory. When his present in the industry was successful but his future was still uncertain, George considered business options to ensure certain income. Thinking of real estate, he immediately dismissed the financial world: “I’m not the type to invest in the stock market.” He bought a house in Jalisco, Mexico, along with his friend Rande Gerber (Cindy Crawford’s husband) and out of sheer hobby they started producing tequila. Then they started giving it to some friends, and at one point Rande said to him: why don’t we market it? This is how they started a brand that they called Casamigos and that the partners ended up selling to Diageo in 2017 for 1,000 million dollars. 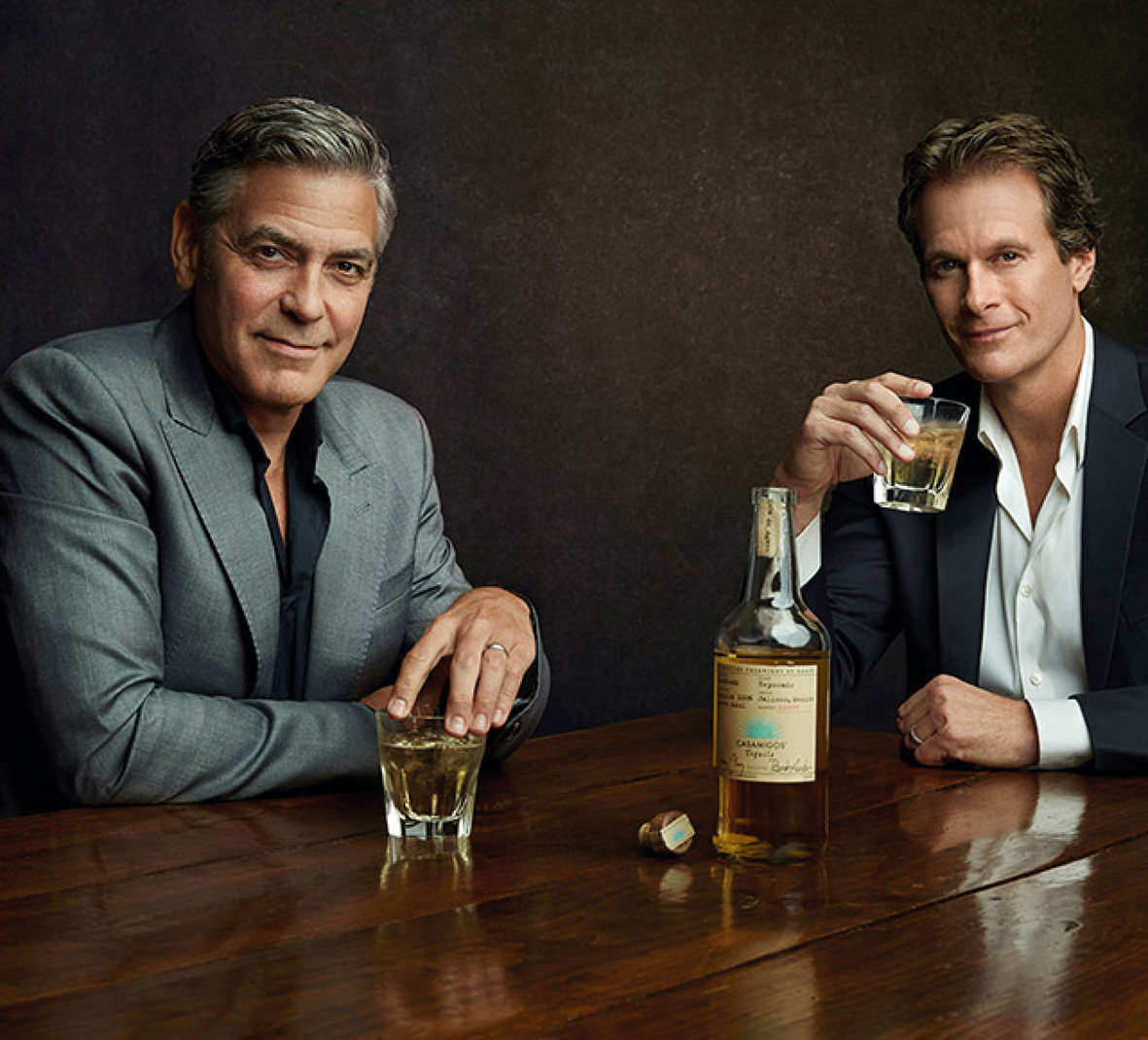 7. The day the most coveted bachelor stopped being. George Clooney met Amal Alamuddin in July 2013 in Como, Italy. “I thought she was beautiful and I thought she was funny and obviously smart,” she told The Hollywood Reporter of the British-Lebanese human rights lawyer. They stayed in contact, maintaining communication via e-mail, and the friendship became something deeper. In September of the following year they were married in Venice, and Amal decided to adopt the surname Clooney. In 2017, her twin children were born: Ella and Alexander. “We never planned it. We didn’t talk about it until after we got married, which is funny. And then after the wedding, Amal and I were talking and we felt like we had been very lucky, both of us, and that we should share the good luck that we had, “George said of choosing to have children.

Despite the fact that Clooney had earned fame – in addition to being a confirmed single, the truth is that he had previously been married to television actress Talia Balsam, between 1989 and 1993. 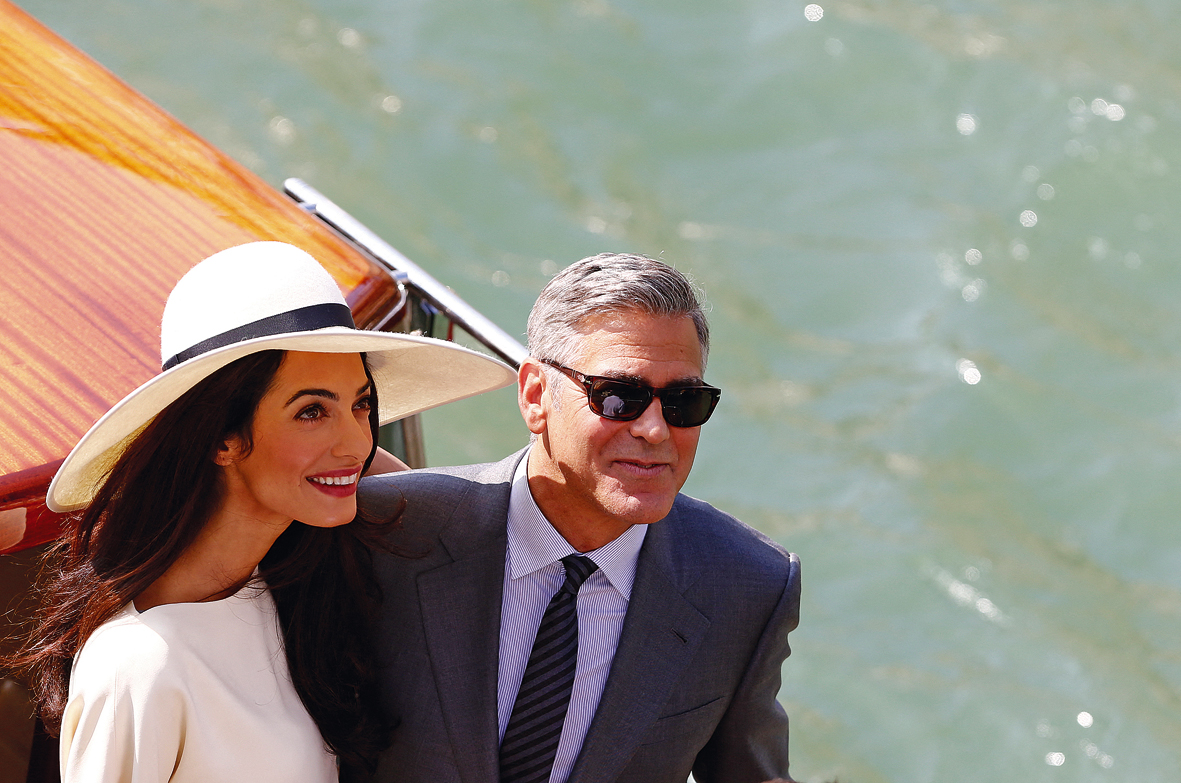 8. The day you discovered your humanitarian streak. “I grew up in a generation where everyone we cared about was being killed, from Martin Luther King to Bobby and Jack Kennedy, Malcolm X and Medgar Evers. And all these important things were happening, women’s rights, women’s rights. civilians and the anti-Vietnam movement, “he recently told People. Since the early 2000s, he began to use his fame to support or give visibility to certain causes. After September 11, he collaborated by raising funds for the families of the victims of the attacks, and in 2006 he joined Barack Obama in denouncing the military actions against civilians in Darfur; thereafter he was appointed messenger of peace by the United Nations. Later he donated a million dollars for the victims of the 2010 Haiti earthquake and two years later he was arrested along with his father for protesting against the Khartoum government outside the Sudanese Embassy in Washington.

After his marriage to Amal, his activism became even more pronounced. In 2016 the couple created the Clooney Foundation for Justice, which advocates for justice and the fulfillment of human rights around the world. Last year the Clooneys donated $ 500,000 to the Equal Justice Initiative in the wake of George Floyd’s murder, and another million dollars to the fight against Covid-19. 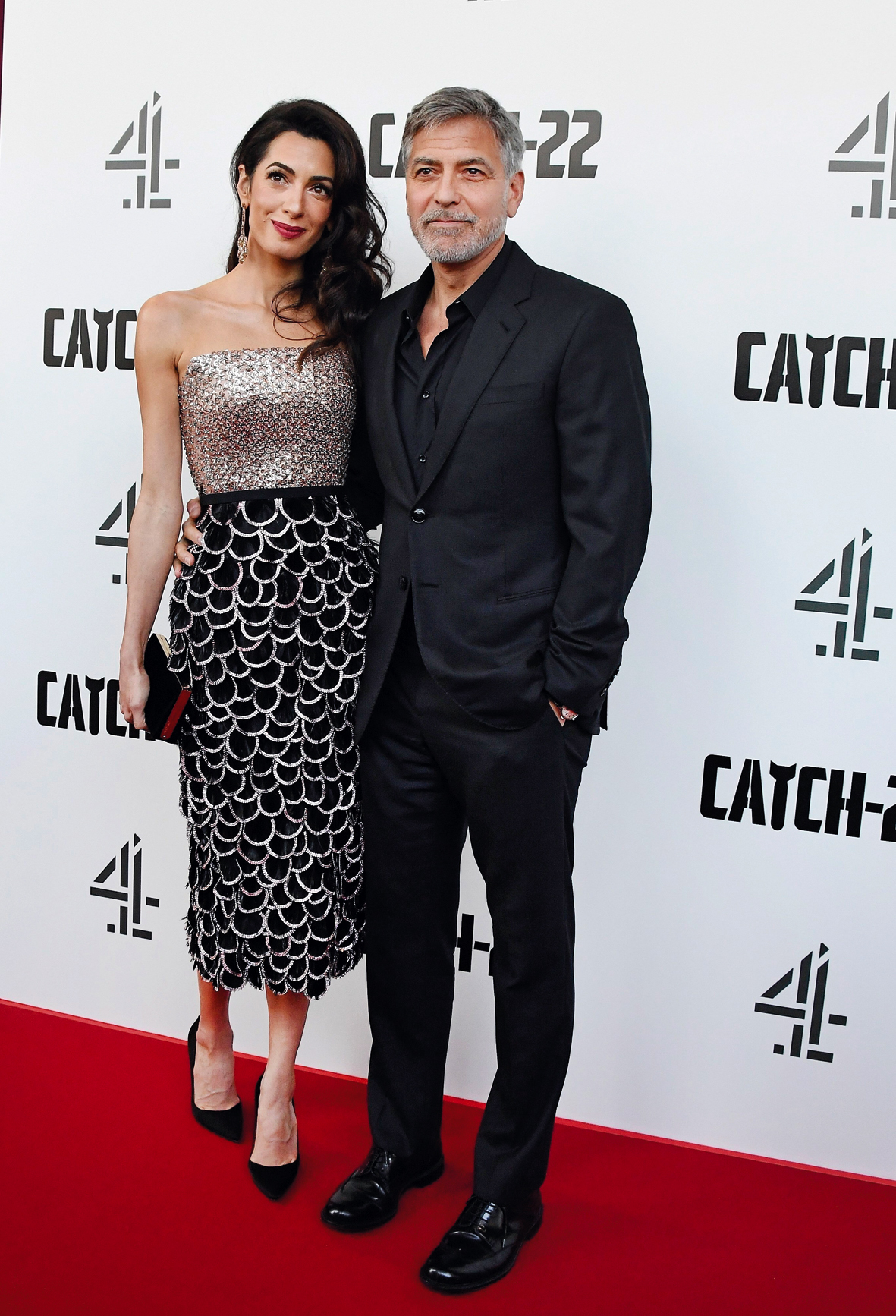 9. The day he hit it off with Prince Harry. There are several versions about this relationship. Some argue that the friendship arose after Harry and Meghan’s wedding, to which the Clooneys were invited. However, by chance both couples ended up living relatively close: the Clooneys in Sonning Eye, an island in the middle of the Thames that is relatively close to Windsor, where the Frogmore Cottage is located, residence of the Dukes of Sussex until they left the United Kingdom. . According to Architectural Digest, the Clooney mansion is valued at $ 13 million and, to ensure their privacy, they had a line of trees planted around the property’s perimeter.

Some journalists specializing in royalty say that both couples became quite close, to the point that the Clooneys invited Harry and Meghan to spend a few days at their house on Lake Como. After the Megxit, George came out to support the couple and it was even speculated that he had been chosen godfather to Archie, but he denied it himself. Although they do share the date of birth: May 6. “It’s kind of irritating if you think about it. Because I already had to split my birthday with Orson Welles, Sigmund Freud, and now this baby is coming. I’m losing positions fast,” the actor joked. 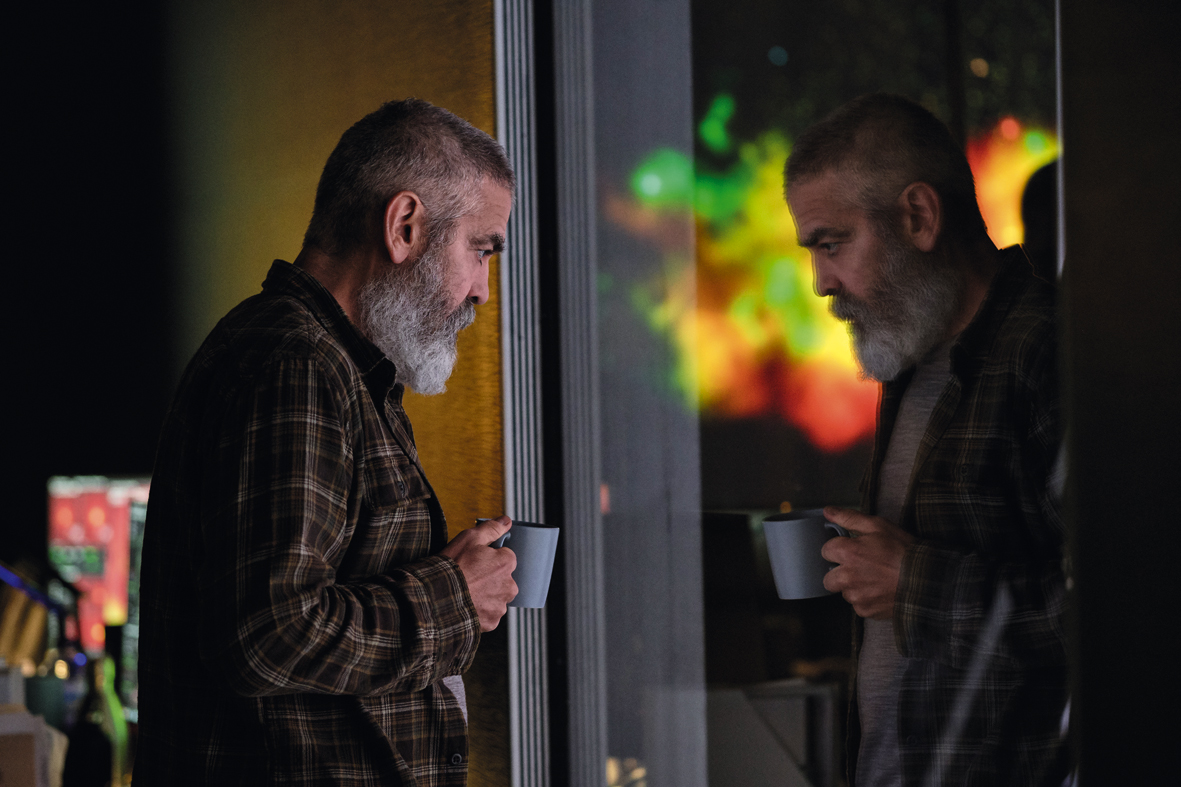 George Clooney directs and performs in Midnight sky (Netflix), his most recent movie. Your next project is Ticket to Paradise, starring him and Julia Roberts and directed by Ol Parker.

10. The day you turned 60. “I’m not excited (to turn 60), but it’s better than being dead, so I choose that option,” he said these days in an interview with Entertainment tonight. Gone are the hectic times when every opportunity was taken. Now the rhythms are different. His most recent film is Midnight sky, directed by and starring him (available on Netflix), about a scientist who is trapped in the Arctic after a global catastrophe and who tries to contact a crew of astronauts in space so they do not return to Earth. He has also participated in some chapters of the miniseries Trap-22 (based on the homonymous novel by Joseph Heller), from the streaming service Hulu, from acting and also as a producer.

He also seems to be very focused on his children, balancing work with family life. “You learn so much with the twins, because you are raising two children born on the same day at the same time but you realize how little it has to do with you,” he said. “They were already, at birth, the people they were going to be. The only thing you can hope for is to just steer them in the right direction.” There he is, he says.