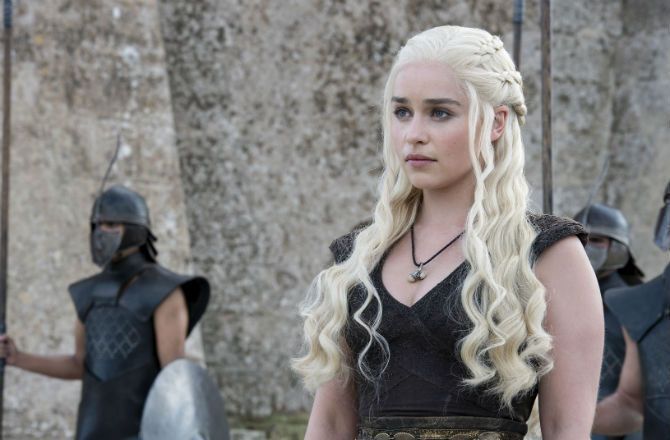 Before playing Wanda, Elizabeth Olsen tried to land the role of Daenerys in Game of Thrones, to no avail.

Sometimes there is a long way to go to fame. And if there is one actress who knows this maxim, it is Elizabeth Olsen. Became popular with the series WandaVision, the star took a long time to stand out. At first used to secondary roles, Olsen tried to land Daenerys’ one in Game of Thrones. But her tests were disastrous to say the least, giving way to Emilia Clarke. If the anecdote is funny, we now wonder how the actress could have played this role which has become legendary, by bringing it very probably a whole other dimension.

In a recent interview, Olsen looked back on this episode of his career. Without language of wood, the actress recognizes that his reading of the role was disastrous. As if fate had prevented him from passing his trials the better to later offer him a place of choice in the MCU.

When Olsen misses the role of Daenerys

“I auditioned for Game of Thrones. I was with the casting director’s assistant in a microscopic room in the middle of New York, with a camera pointed at me. It was just awful and I never received a reminder ” thus testifies the actress. But thanks to his talent and pugnacity, Olsen quickly turned the tide. The role of Wanda was finally served to her on a silver platter, until she got her own series on Disney +. Ironically, Emilia Clarke, for her part, has just signed with Marvel for the next series Secret Invasion.

Olsen isn’t the only Hollywood star who missed her date with Game of Thrones. Sam Heughan, the hero ofOutlander passed no less than seven auditions for the role of Renly Baratheon before being finally dismissed by the creative team. Gillian Anderson, for her part, simply declined the offer made by HBO. Even if we do not know the role that could have come to her, the actress still remembers the reaction of her children. “My 18 year old daughter never understood how I could refuse to play in a series that she loves so much. I had already done the blow to him by refusing to play in Downtown Abbey “ thus tells the former star of X-Files.

Whatever, because sublime meetings now await Olsen. The young woman will thus be featured in the next installment of Doctor Strange, expected in March 2022. She will also be Candy Montgomery, famous ax murderer, in the miniseries Love and Death, developed by HBO Max.