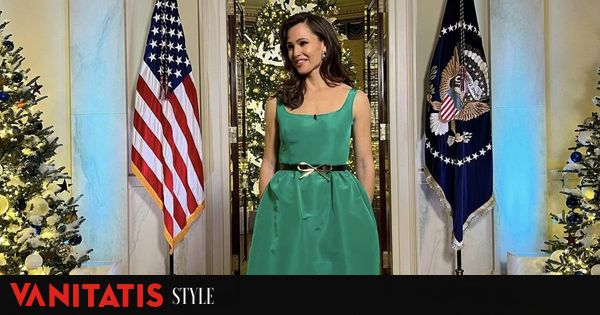 During on mandate, Donald Trump never bet on the traditional Christmas show ‘In Performance at the White House’, which five years later returns with a show that was recorded between December 11 and 14 and which has reached the small screen of Americans on the day 21. This event, called ‘The Spirit of the Season’, has been presented by Jennifer Garner and has featured performances by Andrea Bocelli, Matteo Bocelli, Virginia Bocelli, Camila Cabello, Eric Church, the Jonas Brothers, Norah Jones, Pentatonix , Billy Porter, Northwell Health Nurse Choir, Voices of Service and the United States Navy Band, The President’s Own United States Marine Band.

Although traditionally the performances were recorded in a concert organized in the East Room, the largest room in the White House, due to the coronavirus the performances have been filmed over different days.

“I’m very excited to perform at the White House, especially because of the song I’m going to sing, ‘I’ll be home for Christmas,’ where I’ll do a mariachi version. I am here with my father and my mother, who is a Cuban immigrant. My father immigrated to the United States from Mexico and has recently achieved citizenship, so being able to pay tribute to my roots, represent the Latino community and have my father here share this moment with me is crazy. The fact that we are an immigrant family that is in the White House is something really special, ”Camila Cabello said excitedly.

The singer has had the expertise of Rob Zangardi and Mariel Haenn, the stylists of Jennifer Lopez, to shape his look, which is a two-piece ‘custom made’ by Marco Marco, a designer in whom different figures from the pop universe have trusted. This is an impressive suit of palazzo pants and short-sleeved jacket with puffed shoulder pads and an asymmetrical ruffled silhouette with a matching sash belt. Suma latex gloves from Sweden’s luxury glove brand Handsome Stockholm. With this look, the singer joins the usual ‘total network’ fever of Christmas and which this season celebrities such as Mariah Carey, Eva González and Paris Hilton have joined.

Jennifer Garner, presenter of the evening, she has opted for the fashion brand, Oscar de la Renta. The actress wears a green dress with a black belt with a gold bow that many have not liked. Garner wears it with Vivier Brooch sparkly appliqué shoes, Roger Vivier satin heels, and Anita Ko jewelry.

Norah Jones she wears a pleated skirt in iridescent colors, which she wears with a polka dot blouse and festive tights that follow the trends of the season with sparkling motifs. With such a special night, the White House proves to be immersed in an unstoppable pop spiral, as we cannot forget that on the day of the inauguration, Jennifer Lopez performed on the spot wearing a set of Chanel while Lady Gaga did the same wearing a design of Schiaparelli.

From Jennifer Garner to Camila Cabello: their Christmas looks at the White House